Hennepin County, the City of Minneapolis, and other local groups worked together over the last few years to design a plan to improve this intersection (click image for bigger version). 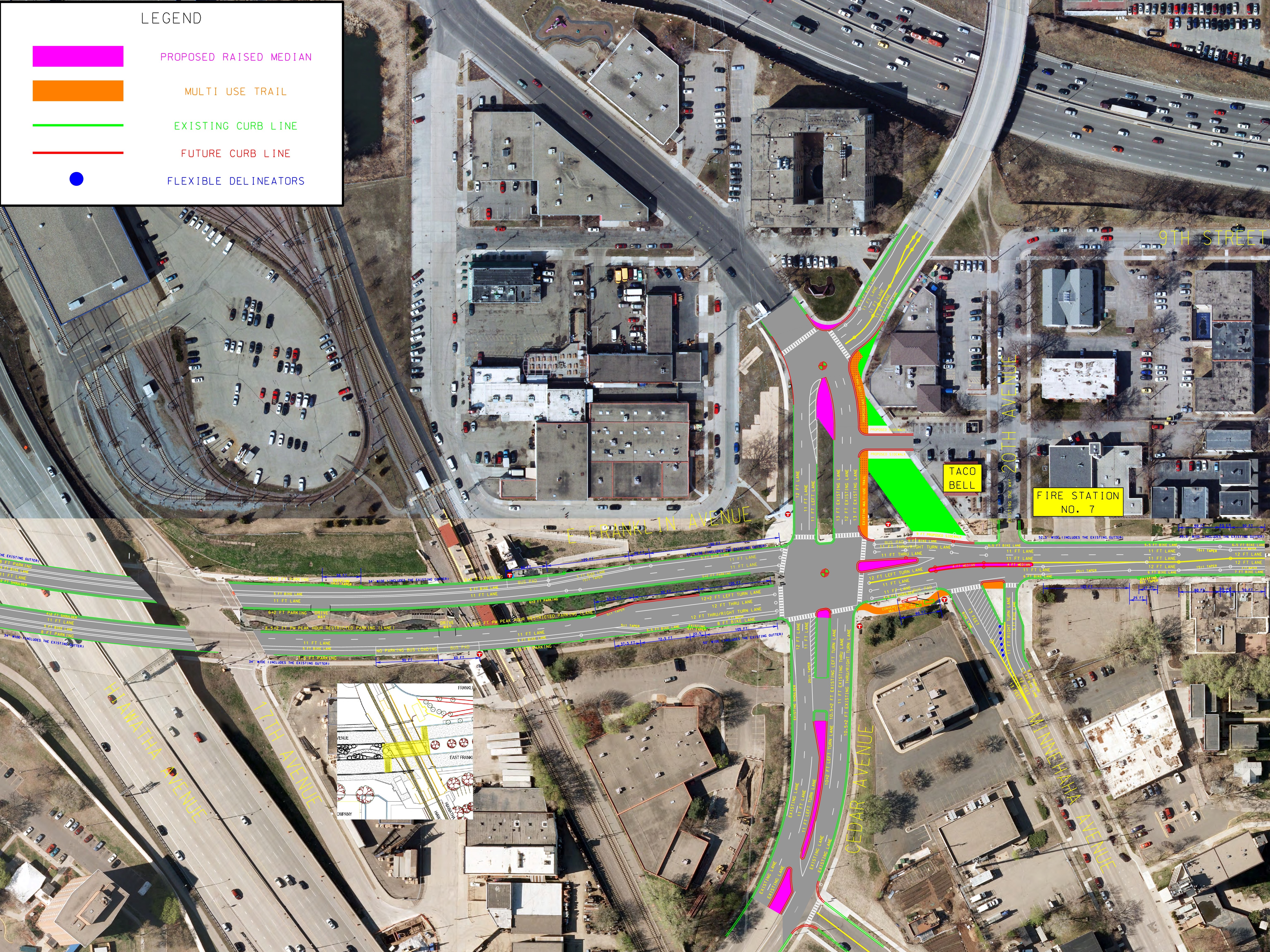 We asked for your input, and worked with local community members, county and city staff to influence that plan to better serve people biking and walking.

Here are some great things that are included in the final plan:

There were also important improvements that were requested by community members and Our Streets Minneapolis that the County did not include in the final design:

The "alternative configuration" of Minnehaha was the best option for slowing turning speeds, and reducing ambiguity around how bikes should use this area, but was not chosen.

Pedestrians need a safe crossing at Minnehaha and Franklin. The existing street layout includes a small median without curb cuts and a "double threat" on westbound Franklin, none of which promote safe and comfortable pedestrian movement. Both the double threat and the tiny median are still a part of this redesign.

There should not be a crosswalk across two lanes of traffic and a bike lane. A traffic study by NACDI shows that two lanes of car traffic on Franklin are unnecessary here. This project maintains those two traffic lanes.

Residents are interested in calming these streets, but that was not considered within the scope of the project.

This was not discussed as part of the project.

Project delayed, but now under construction

This improvement to the intersection has been a long time coming, and community stakeholders were anxious to see this plan implemented. Unfortunately, because of a funding shortfall, construction was delayed until spring of 2017.

On May 31st, the portion of Minnehaha Avenue between Cedar Avenue and Franklin Avenue was closed for construction. The project is expected to be complete by fall 2017.

In the photo below you can see the new curb that has been added to separate the old Minnehaha Ave from Cedar Ave. 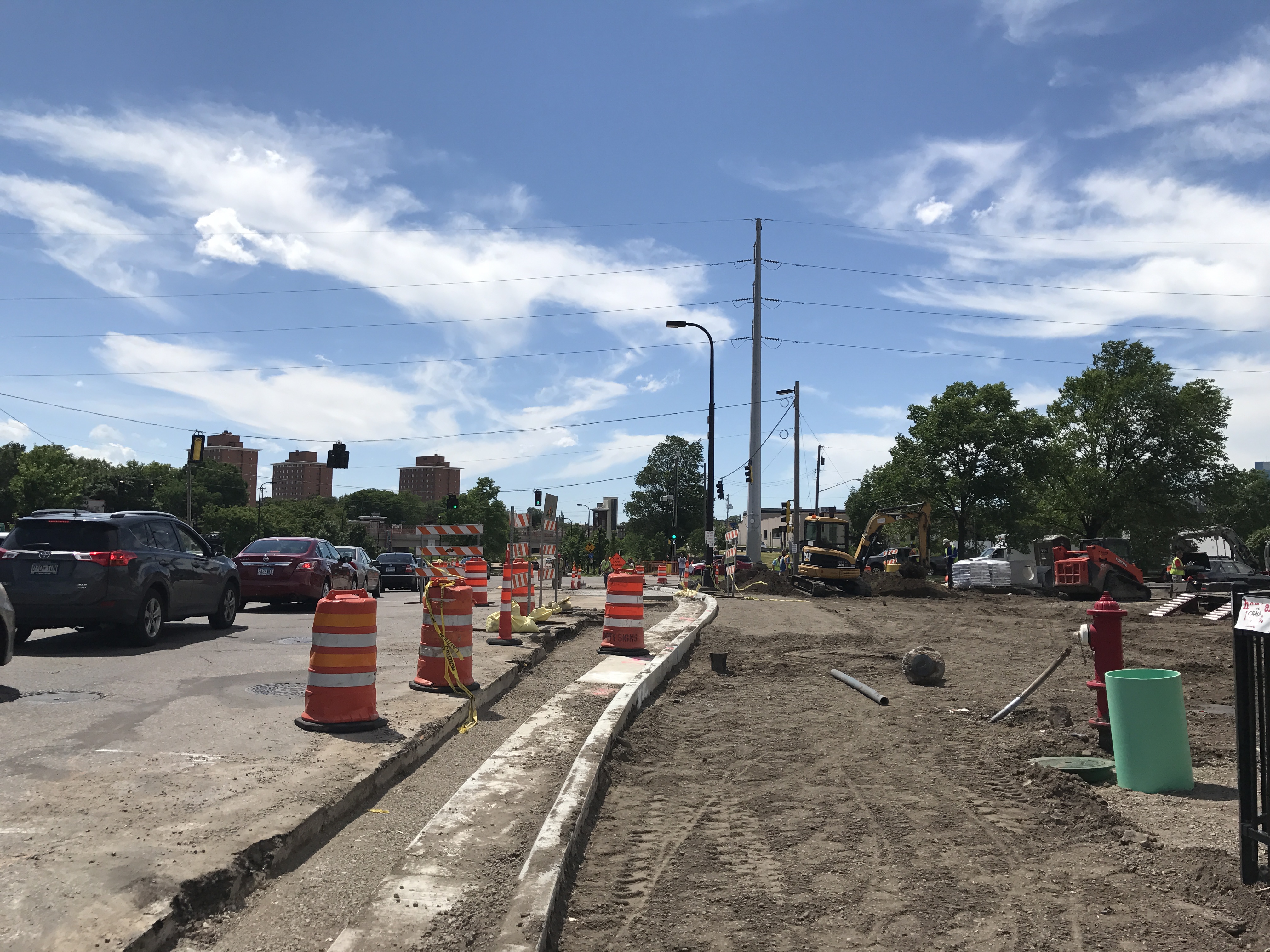