Put Communities First on Rethinking I-94 - The Twin Cities Boulevard 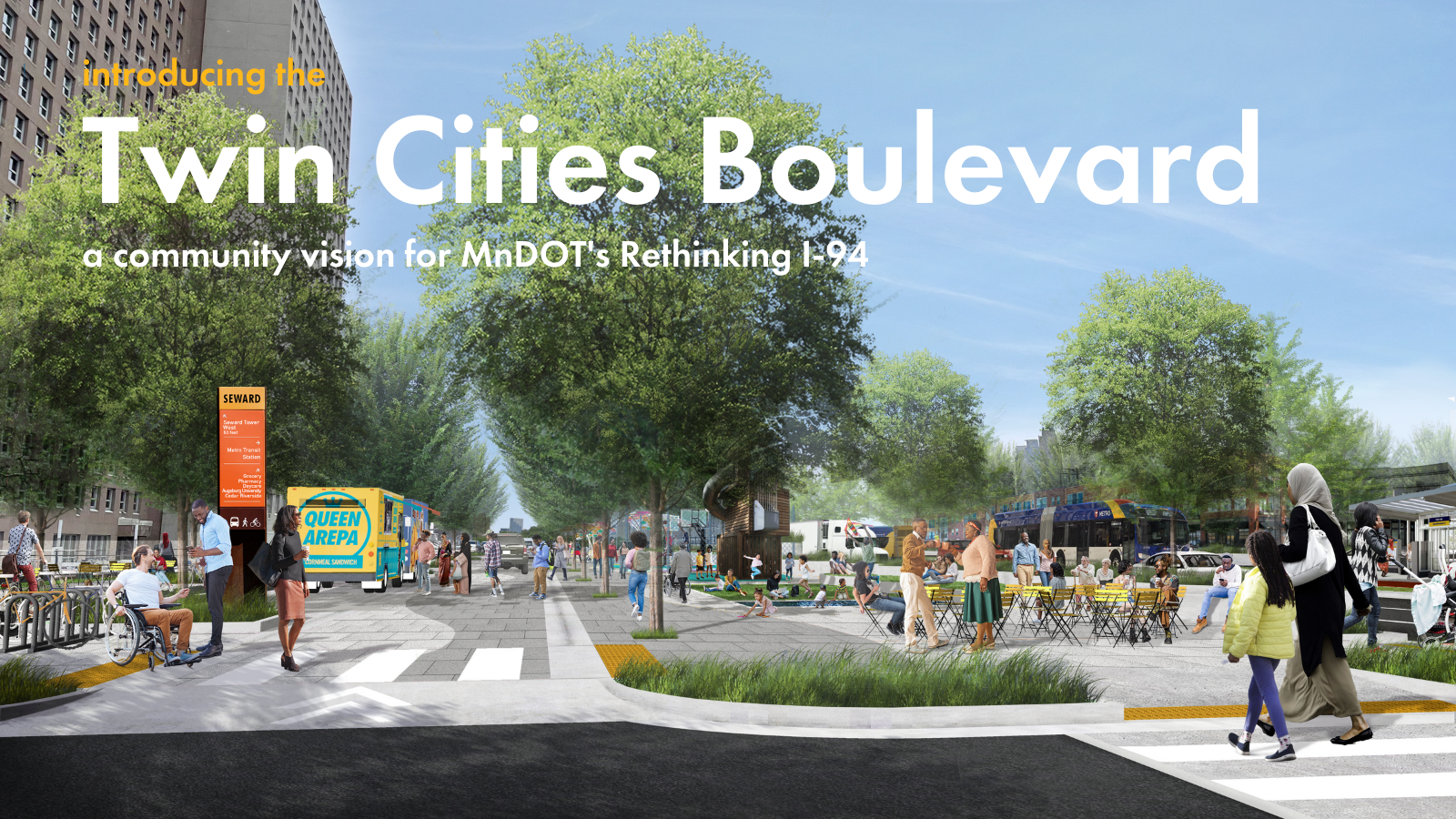 We are excited to launch a community vision and campaign to replace Interstate 94 between downtown Minneapolis and downtown Saint Paul called “The Twin Cities Boulevard.”

The Twin Cities Boulevard is a growing community vision to replace this section of I-94 with a multi-modal boulevard, return the surrounding land to neighborhoods and fulfill calls for reparative justice along the corridor. The Twin Cities Boulevard will create healthier air, much needed economic opportunity, and accessible, affordable, and sustainable transportation access to places all along the corridor.

The Twin Cities Boulevard vision extends beyond the boulevard. We are asking MnDOT and project partners to use the reclaimed freeway land to prioritize better economic and housing opportunities and improved accessibility for those who have been harmed or displaced by I-94. The vision adds jobs and shops, new homes, parks and trees, and better options for how to get around.

The boulevard vision is well within reach. Communities across the country are successfully removing urban highways. I-94 was built for suburban commuters at the expense of the most vulnerable. It was never designed for our cities or the working class people along the corridor. This is our chance to make it right!