Joe loves getting around Minneapolis by bicycle, foot, or transit. He spends a lot of time thinking about government power, and how that power is used and misused in the name of making our communities safer. Joe wants our community to build power for better infrastructure for people, for mitigating climate collapse, and against ineffective, punitive, discriminatory enforcement strategies. Joe lives on the West Bank and works downtown.

Nina has a Bachelor of Arts in history from Macalester College, and her masters of professional studies in arts and cultural leadership at the University of Minnesota. She was a founding board member of the Cycling Museum of Minnesota and has volunteered with several other Minnesota nonprofits. During her free time, the weather usually decides for her whether she’ll be on her bike or at her sewing machine.

Elissa is a multimodal commuter and Midtown Phillips resident who loves exploring her community on foot, bike, bus, and train. When Elissa shifted the way she got around, it changed the way she related to her body and her community. As an abolitionist, year-round bicyclist, and person who has been injured by a driver while on her bike, she cares deeply about making Minneapolis a better place for people walking, rolling, and bicycling.

Elissa brings a decade of experience in the nonprofit sector to her service on the board, and also serves on the City of Minneapolis Bicycle Advisory Committee. Outside of transportation work, she loves to ferment, play tabletop RPGs, and write speculative fiction. Elissa reads about 100 books each year and is always looking for recommendations!

Saumya has been an advocate for active transportation and VMT reduction for a while now. At her day job at State Smart Transportation Initiative, she helps state DOTs and local governments make greener mobility investments. Saumya holds a degree in Master of Urban Planning from University of Illinois at Urbana-Champaign and comes to Our Streets Minneapolis with a diverse background in transportation planning and community engagement.

Two years back, Saumya made the decision of selling her car and relying completely on non-auto modes of travel. In her six years of stay in the US, she has lived in four different Midwestern cities and loves to explore them on foot and through their transit network. She finally moved to Minneapolis in early 2020 and hopes to call it home for the foreseeable future. She believes that being able to work towards improving active traveling in Minneapolis, isn’t just part of her professional goals, but would be extremely fulfilling personally. 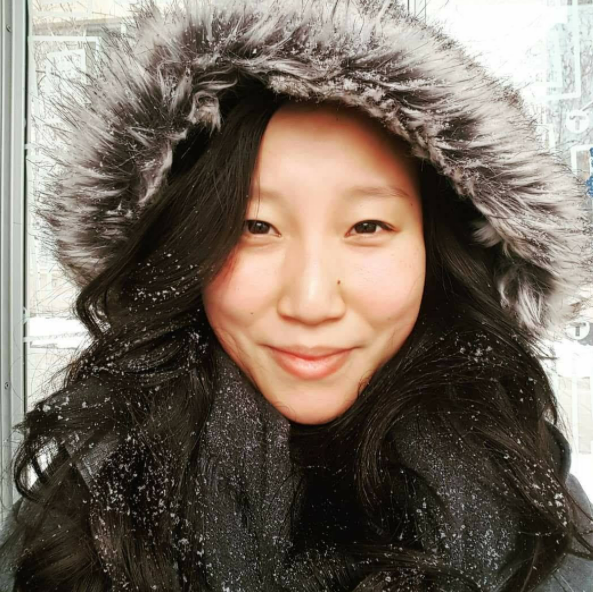 Clara is a Whittier resident who can frequently be found walking or rollerblading around her neighborhood on the hunt for good food. After many years commuting in the Twin Cities and Seoul without a car, Clara adopted the belief that cities that encourage active transportation and safe streets for pedestrians are achievable, more equitable for our neighbors, and better for the climate.

Professionally, Clara works in philanthropy and has experience raising money for higher education institutions, social services, public health, and homelessness prevention. Outside of work, she enjoys playing clarinet, helping folks get out the vote, and delivering cookies to her neighbors.

Elise is a recent graduate of Washington University in Saint Louis and has previously worked as the finance director of a student-run nonprofit organization in Saint Louis. The intersection between sustainability and equity is something that she is very passionate about. In her free time, Elise loves to run around the lakes and get outdoors as much as possible.

Kelly grew up playing in the streets with her neighborhood friends from an early age. These formative experiences shaped her views and as an adult she enthusiastically embraces the idea that streets are for people - not just cars. She hopes to bring her passion for safe, walkable neighborhoods to the Our Streets board.

An avid biker, Kelly has made cycling a big part of her life for the past decade -- previously working in bike share in Chicago, teaching Learn to Ride classes across New York City and now riding around the Twin Cities.

The Board meets on the first Tuesday of every other month at 6:00pm. If you are interested in more information about the Board, contact us at [email protected]