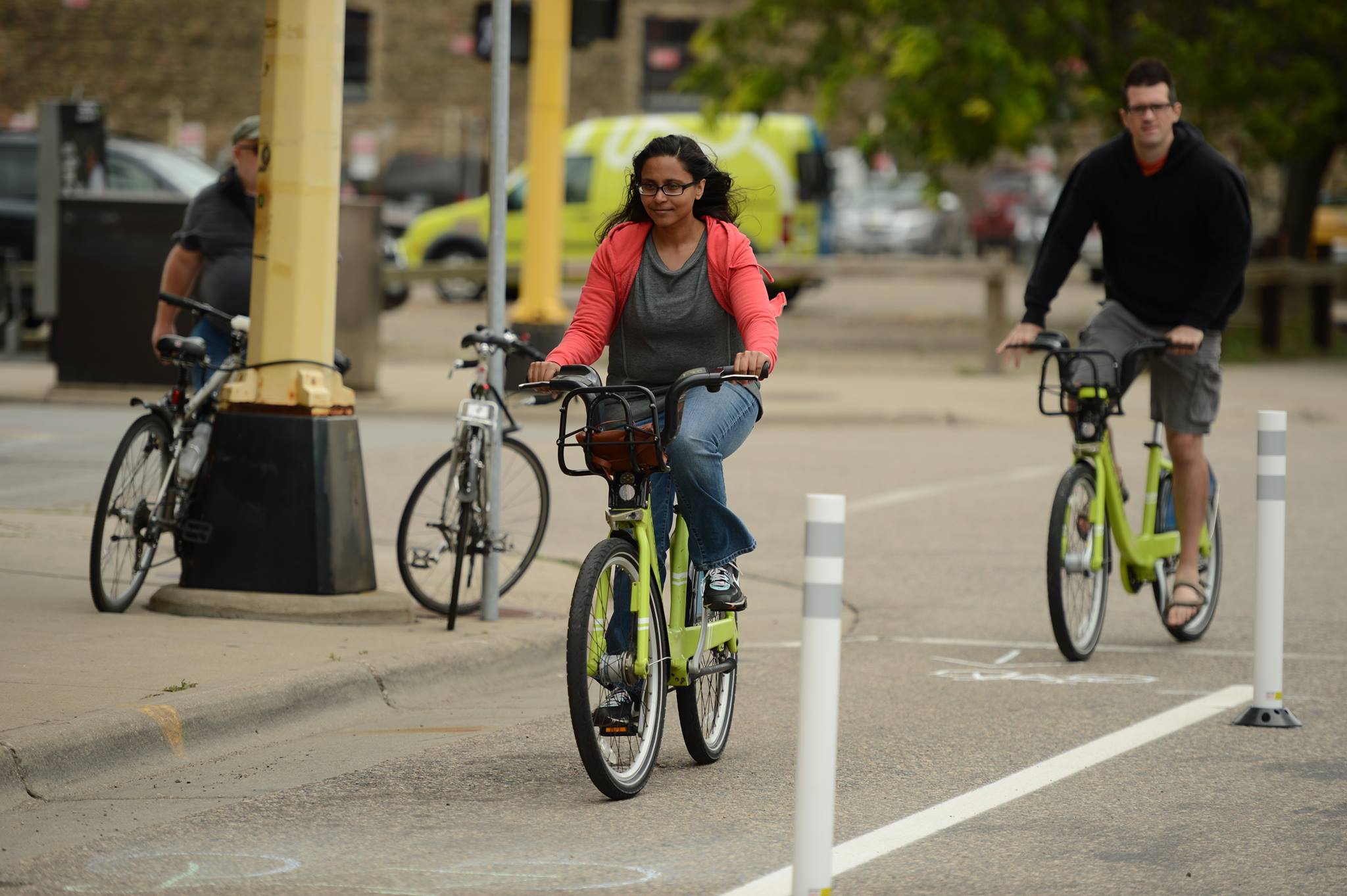 In the December Bicycle Advisory Committee (BAC) meeting, on December 20, the committee discussed a presentation from public works about four safe roads programs.

The Sidewalk Gap program is a new 2018 program that has an $150,000 allocation. Sidewalk repair falls onto the adjacent property owner, overseen by the Sidewalk Inspections office. In 2018 the Sidewalk Gap program will repair non-accessible gaps in sidewalk repairs, in essence meaning where sidewalks cannot be paired to an adjacent property owner but have fallen into disrepair resulting in a non-accessible sidewalk. The Sidewalk Gap program will focus on the 20 Year State Funding Plan and the Pedestrian Crash Study data, looking for area with low asset scores. Low asset scores mean areas where streets are unlikely to be repaired altogether, meaning the sidewalk would be replaced, those sidewalks gaps can be repaired creating a more complete street.

The city has allocated $400,000 a year through 2023 in improvements to streets identified as safe routes to school. The prioritization plan for these routes mirrors that of the 20 year streets funding plan and is based on data from the recent Pedestrian Crash Study and school demonstrations. In 2018 Public Works plans on pairing these improvements with other capital projects such as resurfacing.

The Pedestrian Safety Program focuses on intersections without traffic signals in Minneapolis with a $600,000 a year allocation. This program prioritizes pedestrian crash study data and equity and usage data from the 20 Year State Funding Plan. Public Works pair with other capital projects, focusing on short term feasibility and projects and corridors that may need further study.

The ADA Curb Ramp Replacement Program also focuses on unsignalized City of Minneapolis intersections with a $500,000 per year allocation from Public Works. The ADA Curb Ramp Replacement program prioritizes improvements via the 20 year streets funding plan focusing on high equity and use scores. In 2018 Public Works hopes to focus on cluster improvements, for example improving all the ramps in an intersection rather than just one ramp that needed the most improvement. They also hope to coordinate with other capital projects and look for the right fix and the right time.

The Bicycle Advisory Committee   also discussed and approved a resolution to include “Midtown Greenway” within the station name for Orange Line BRT. This renaming will encourage people using the greenway to use the Orange line and people using the Orange line to use the greenway. The Bicycle Advisory Committee recommended to the Metropolitan Council that this station be renamed “Lake St/Midtown Greenway.”

The BAC heard a presentation from Public Works on the Capital Improvement Program (CIP) Overview and the 20 Year Streets Funding Plan. The BAC then discussed its recommendations for the CIP.

The Bicycle Advisory Committee meets on the third Wednesday of every month. The committee advises the Mayor, City Council, and Park Board, along with serving as a liaison to the public and private sectors of the city of Minneapolis that have a vested interest in bicycle issues.