Talking about safety on the Greenway

The weather was forgiving at 6:00 pm on May 8th, when 25 people met on Tiger Sushi's patio to listen to Soren Jensen talk about safety and crime on the Midtown Greenway. Soren, the head of the Midtown Greenway Coalition and a resident of the Howe neighborhood of Minneapolis, reported a brief history of crime on the Greenway, current initiatives making the trail safer, and improvements he'd like to see in the future. After his presentation, he took questions from the audience.

The Greenway is safe, Soren argued. Pedestrians, cyclists, and skaters take 1.5 million trips on it each year, and there are, on average, two or three late-night assaults during that time. On top of the benefits of being a car-free thoroughfare, the Greenway has a relatively low level of crime. This, of course, is not an accident. The city and volunteers from the community have worked hard to make the Greenway safe.

Soren described the current safety initiatives in effect on the Greenway. The path is patrolled occasionally by Minneapolis police, and every night by a volunteer trail watch group (click here to get involved). There are emergency phones every few blocks along the trail, so a trail-user can call 911 at any time, even if their cell phone is lost, stolen, or out of battery. Also, surveillance cameras monitor several locations of the path. Thanks to these projects, the Greenway is a safe place for non-motorized transportation. 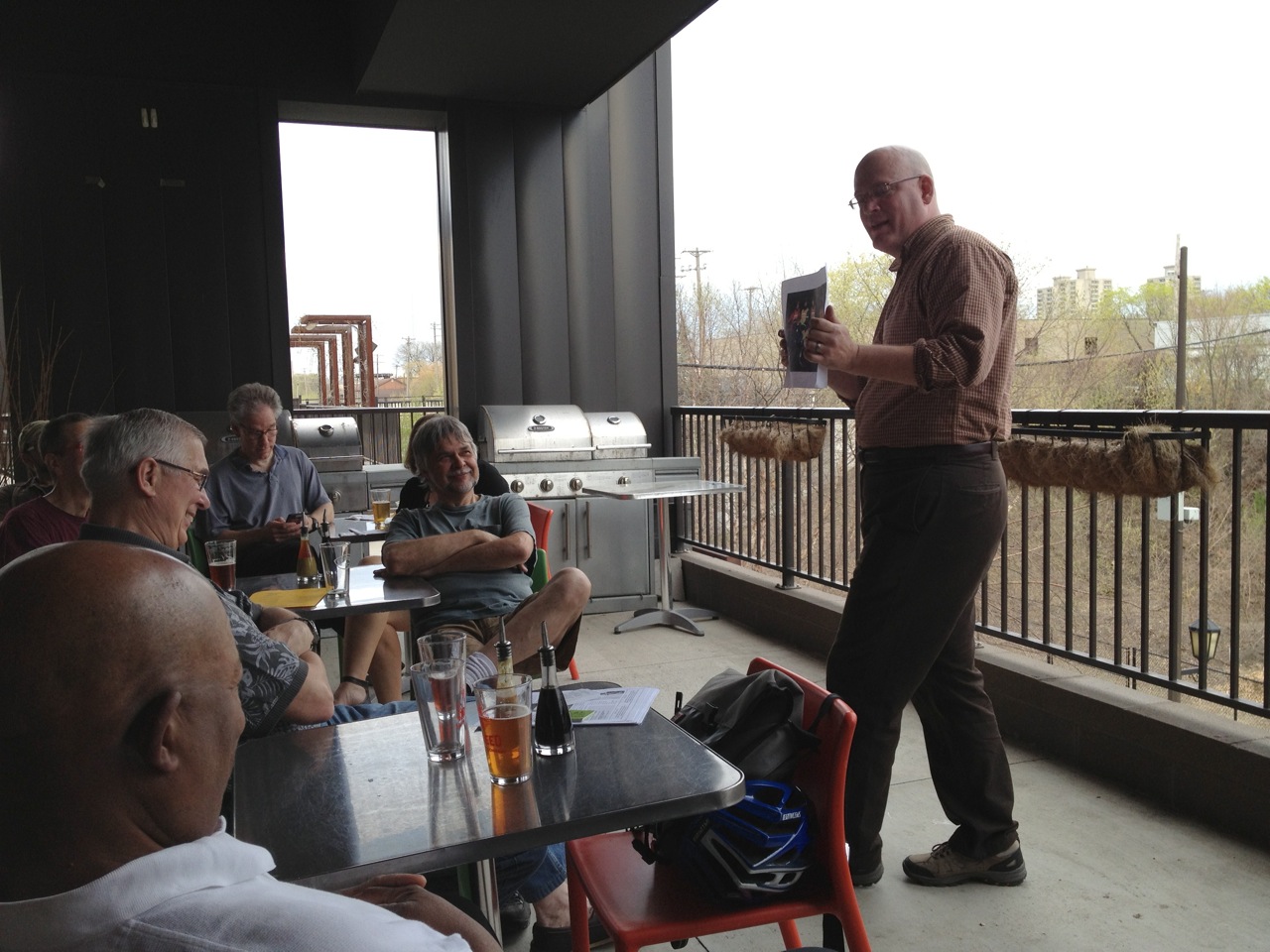 Of course, there are things we can do to make the Greenway safer yet. After the infamous Molotov cocktail incident, Soren met with the police department, the city, and public works to discuss ways to deter crime on the Greenway. Soren noted that assaults and robberies have mostly occurred near the 12th Avenue and Columbus Avenue bridges, and asked for the police to patrol these areas. Better lighting would make these spots safer, and although they are monitored by video cameras, the cameras could deter more crime if there were signs warning that the area is under surveillance. Some have called for chain link fences to be erected along bridges crossing the Greenway, but Soren dismissed the proposal as expensive, ugly, and probably ineffective. The authorities have been supportive of the ideas Soren proposed, and are working to implement them. 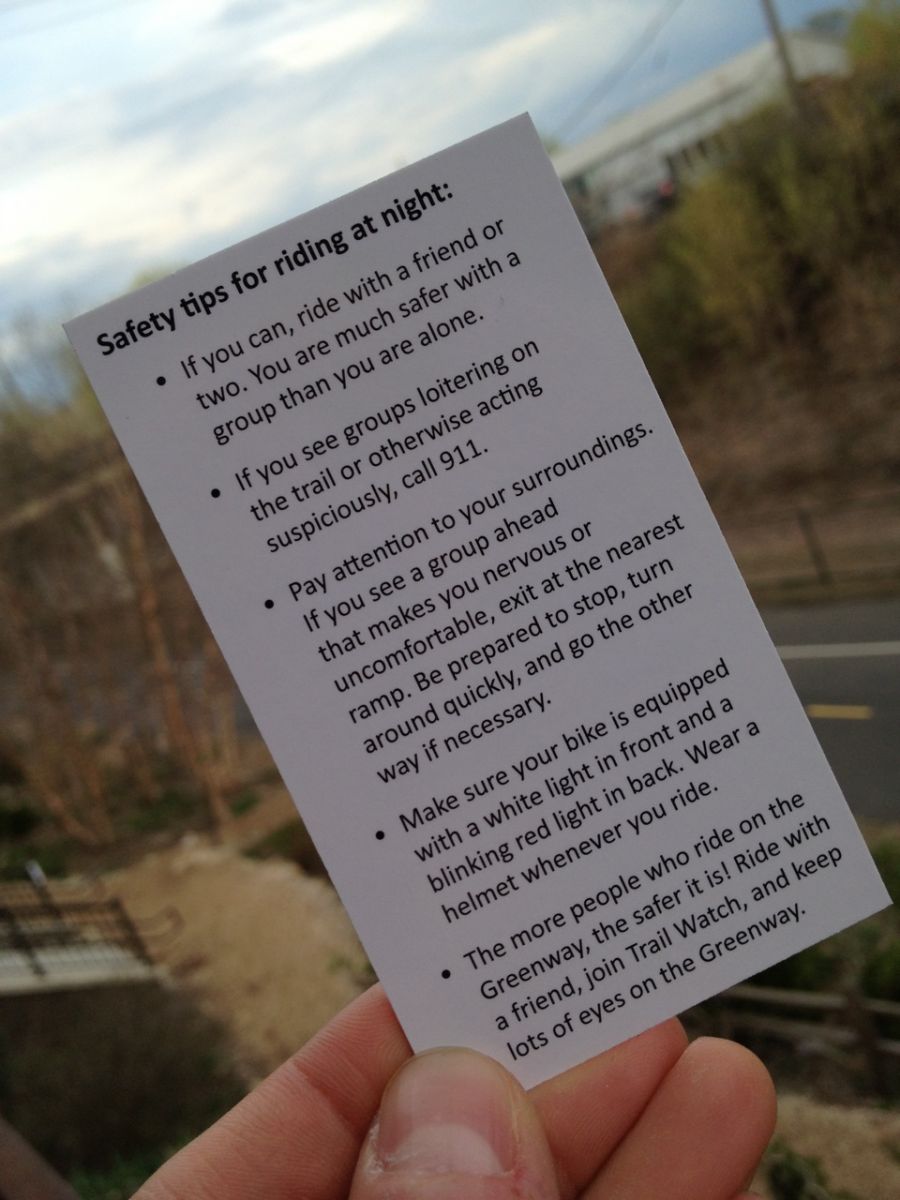 In the meanwhile, there are several things everyday trail-users can do to make the Greenway safer:

So, now that the warm weather has returned, get out there and enjoy the Greenway! Did we forget any safety tips? Please let us know in the comments.