Thanks for a great start to the Open Streets season! 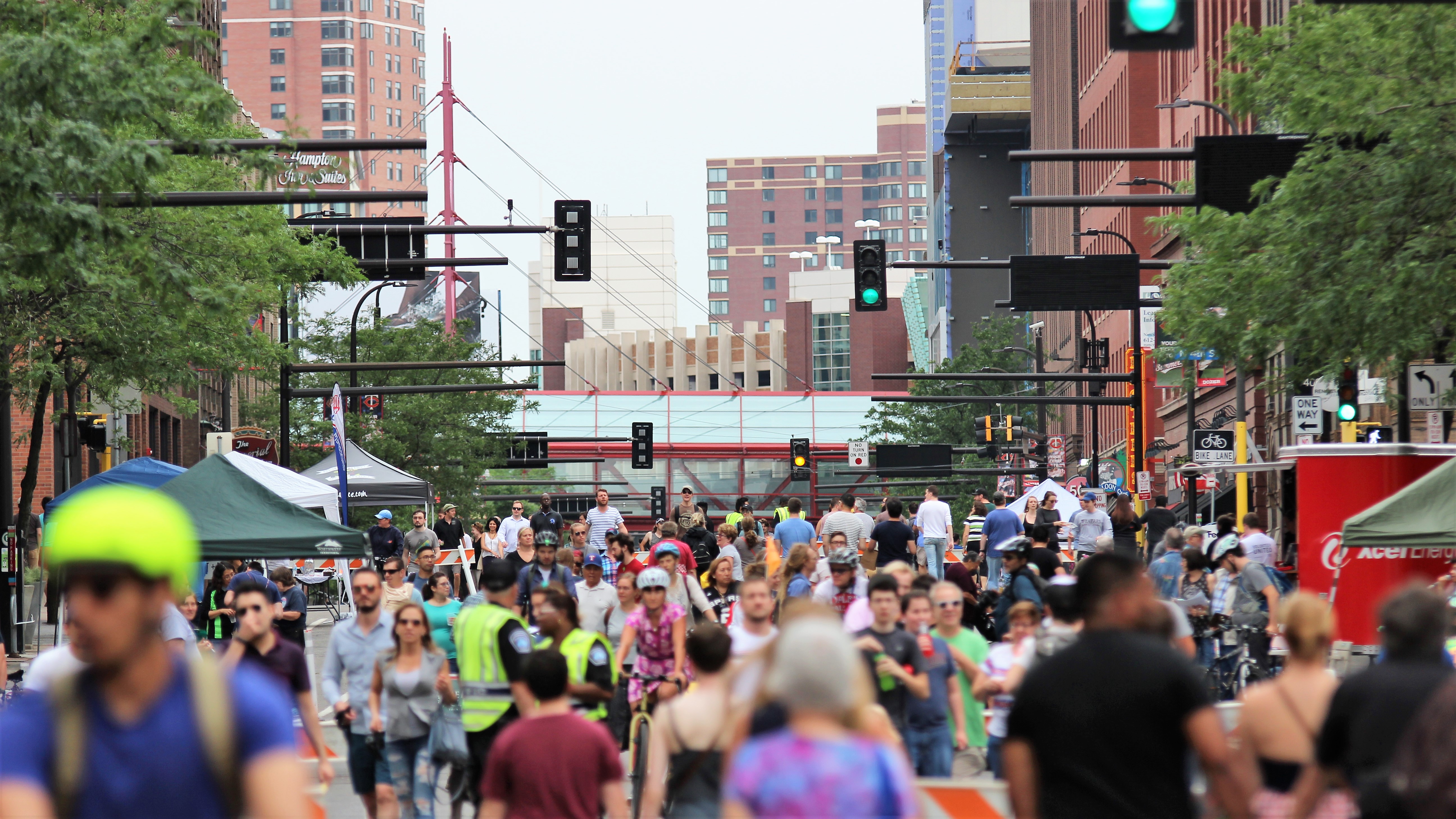 Today is officially the first day of Summer 2017, and it is off to a spectacular start with the first two Open Streets events in the books.

Thanks to all who attended and contributed to the magic, and a special thanks to our incredible volunteers who make these events possible and help them run so smoothly. There will be a brief hiatus until Lake & Minnehaha Open Streets, so here's a little recap of the first two events and a preview of what you have to look forward to during the rest of the summer!

We are still in awe of how many people came out for Open Streets Lyndale. Despite the heat and zero cloud cover, over 45,000 people attended the event on June 4th (which is well over 10% of the entire population of Minneapolis)!!! 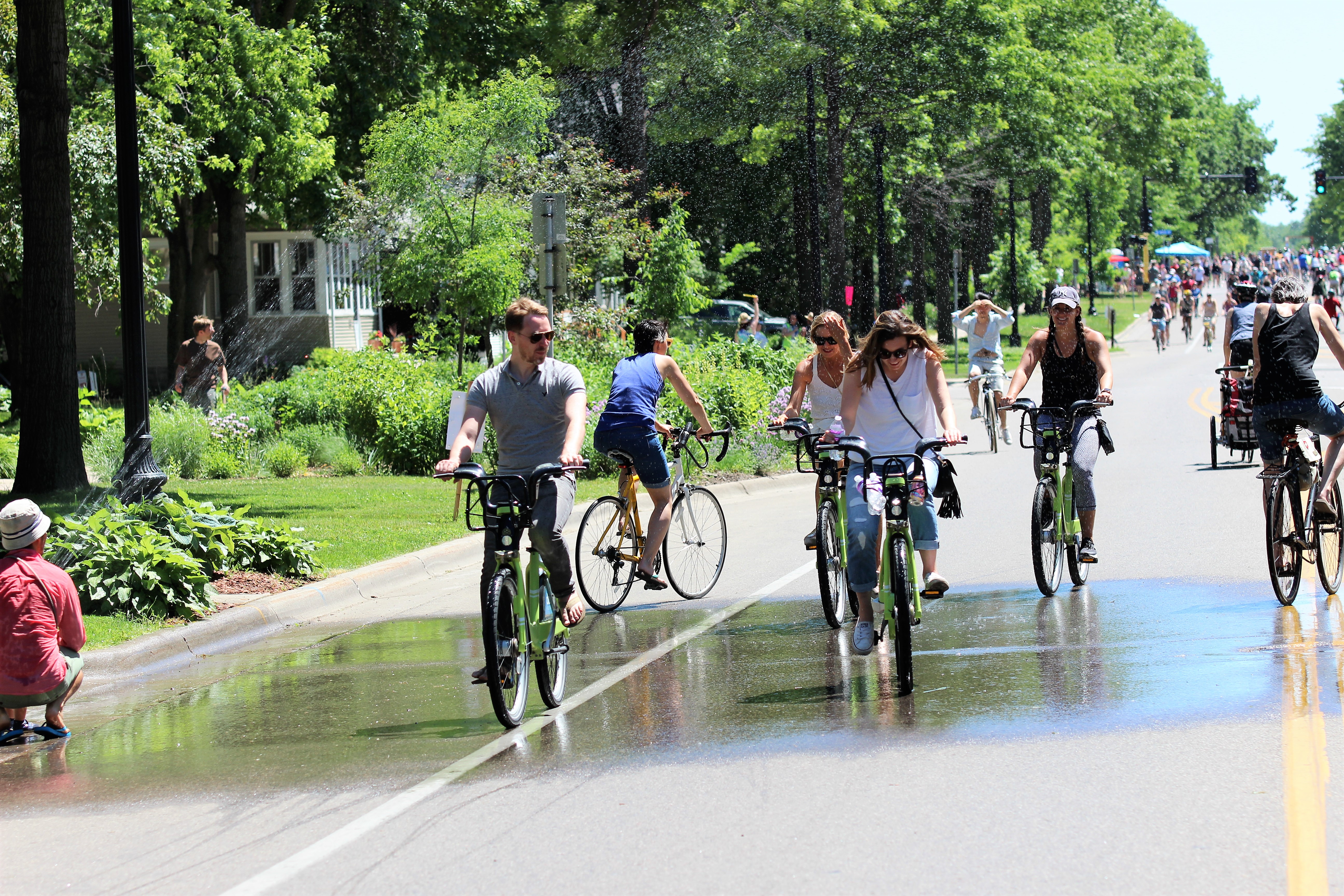 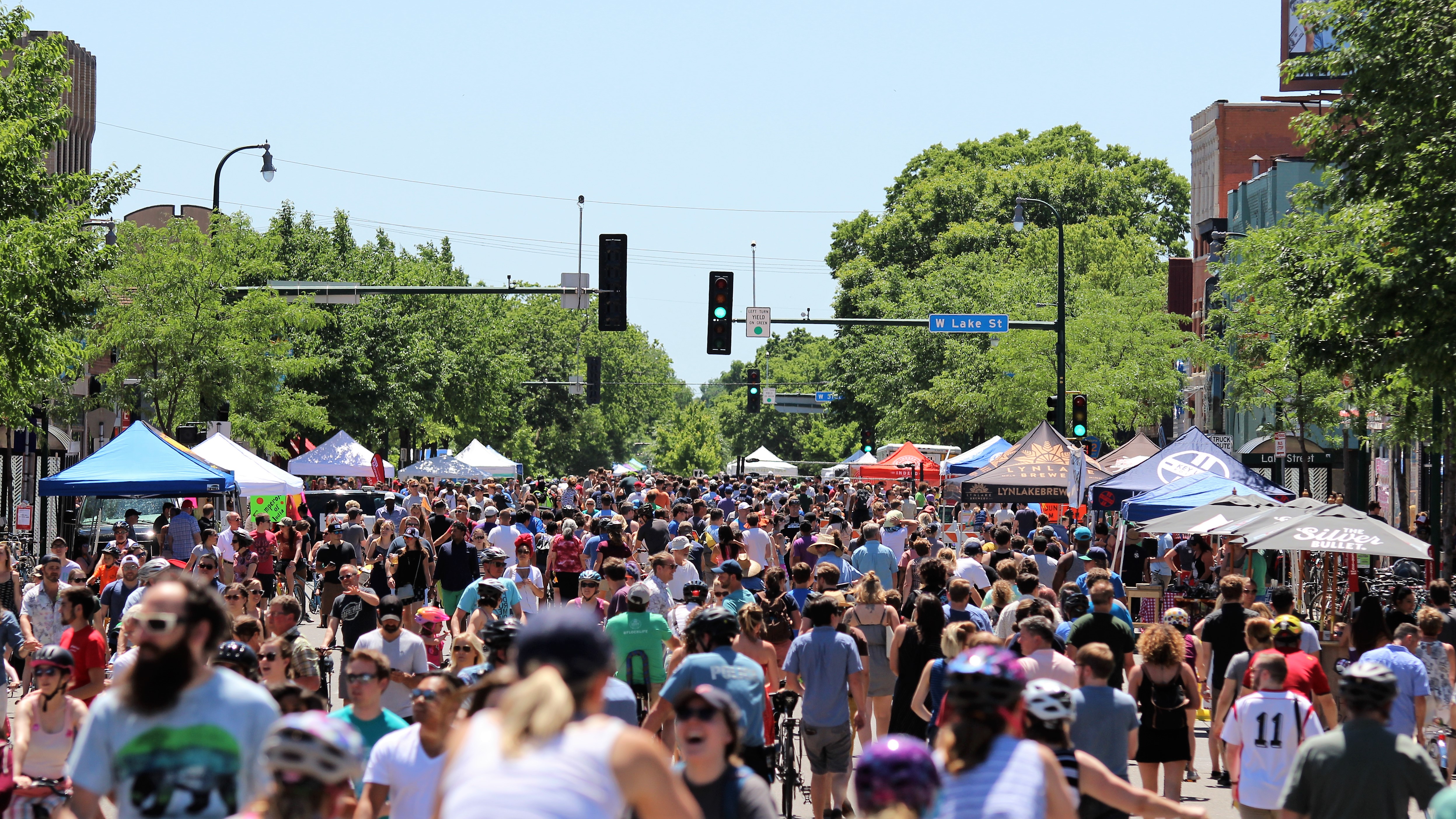 Many residents along the route turned on their sprinklers to assist event goers in keeping cool throughout the hot day. With an extended 4 mile route which spanned from 22nd Ave down to 54th Ave there was plenty of room for people to escape the crowds near Lake Street and explore the Open Street. 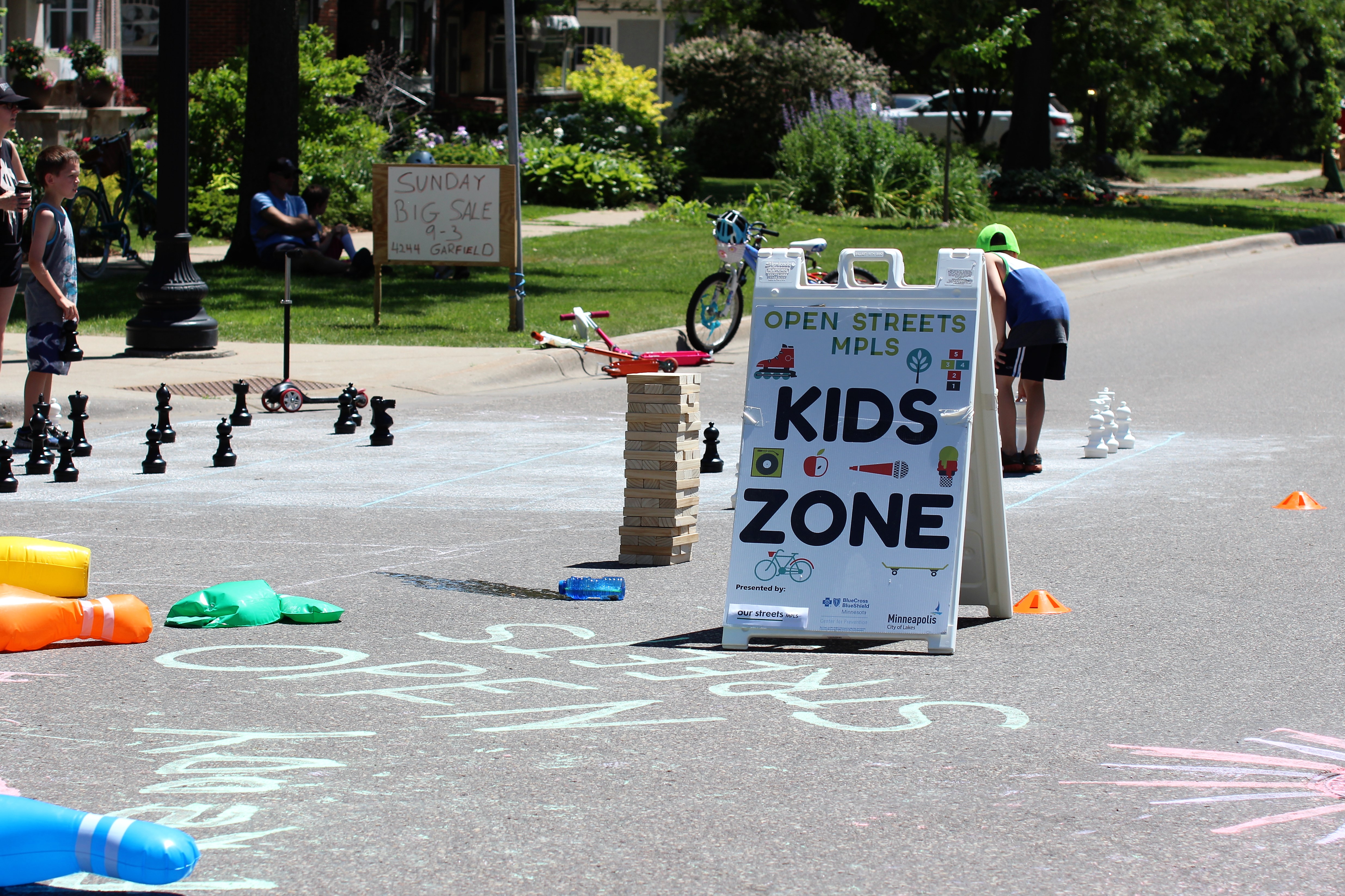 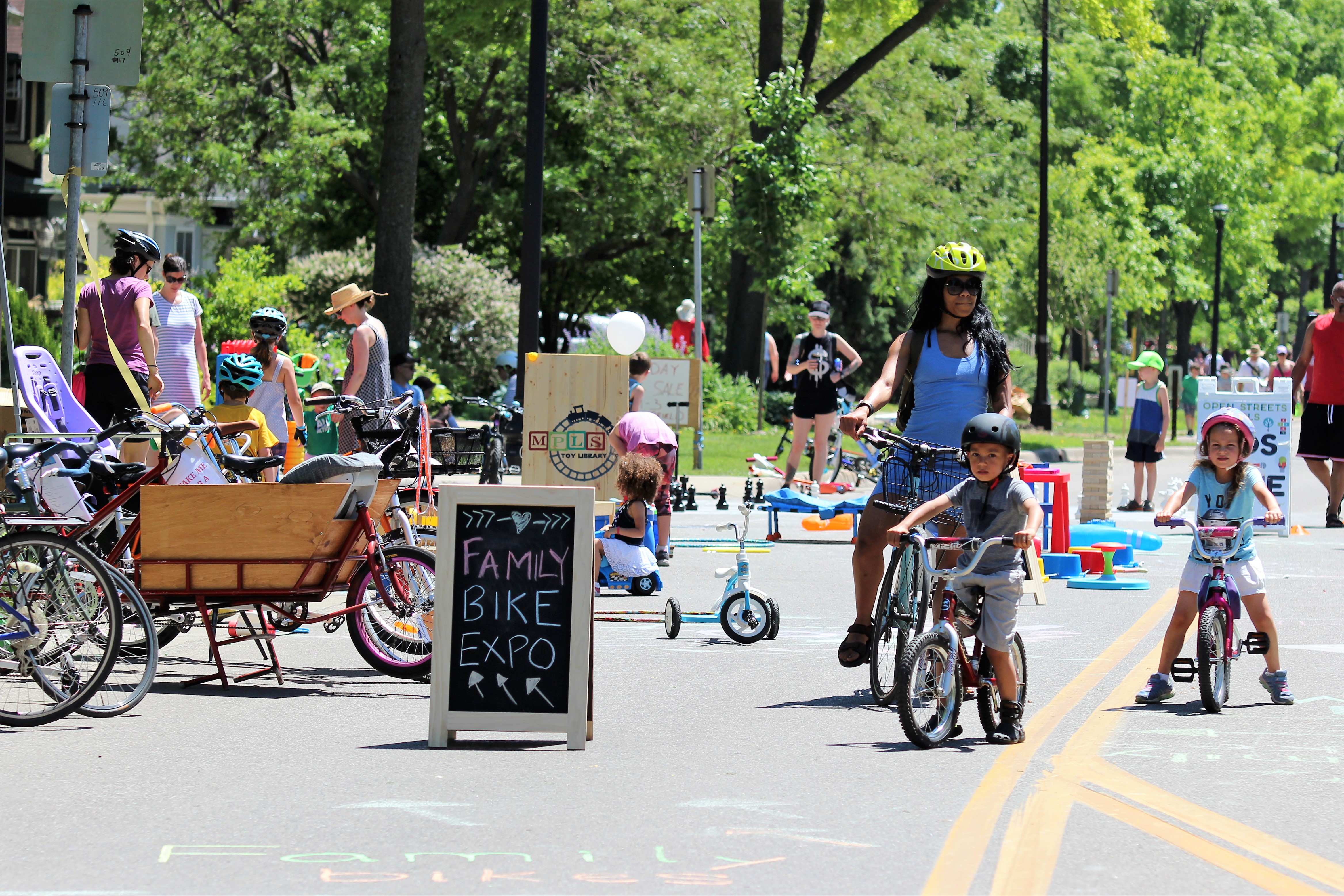 There were lots of exciting highlights during this event including a petting zoo, a Kid's Zone, and a Family Bike Expo. These were especially successful as the Kid's Zone created an area and toys for Kids to play in the the Street, and the Family Bike Expo allowed families to test ride different bike configurations to see which set up worked best for them. 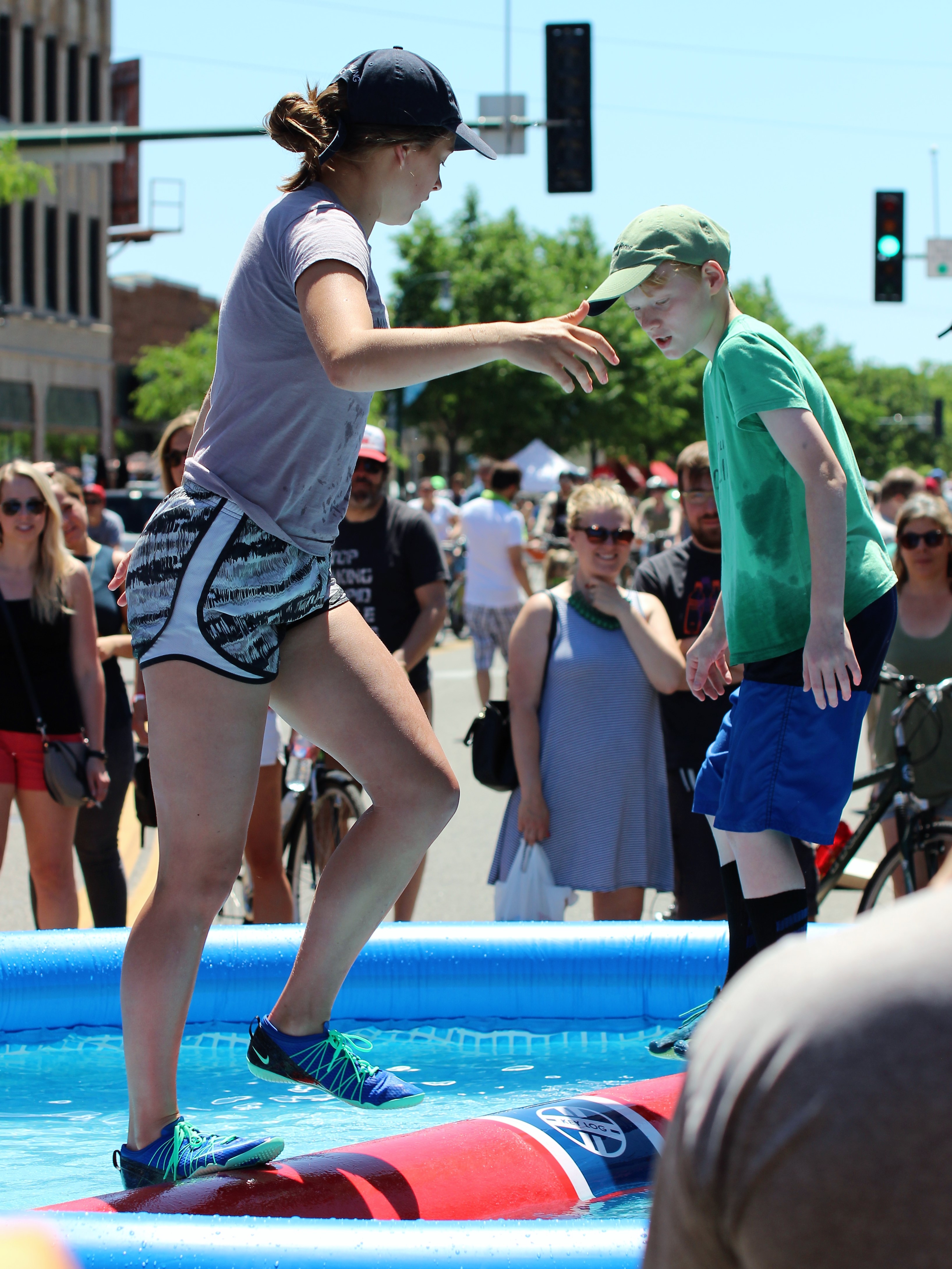 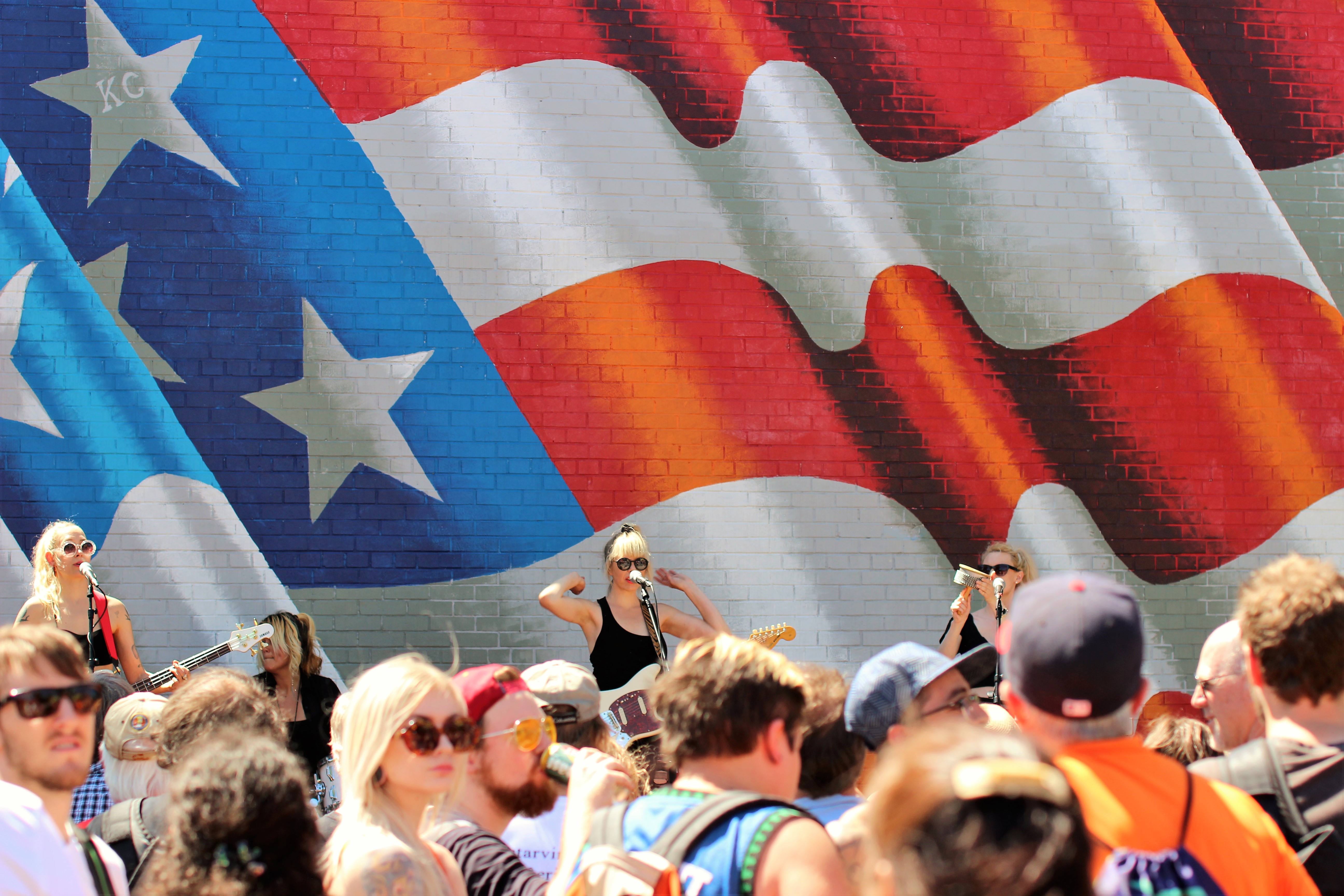 The adults in the crowed fully enjoyed the spectator activities - Lots of live music, wrestling hosted by Up Down & a log rolling competition - as well as the group fitness classes scattered throughout the route.

No matter how folks chose to experience Open Streets Lyndale, everyone seemed to have a great time according to the many bright smiles we saw. 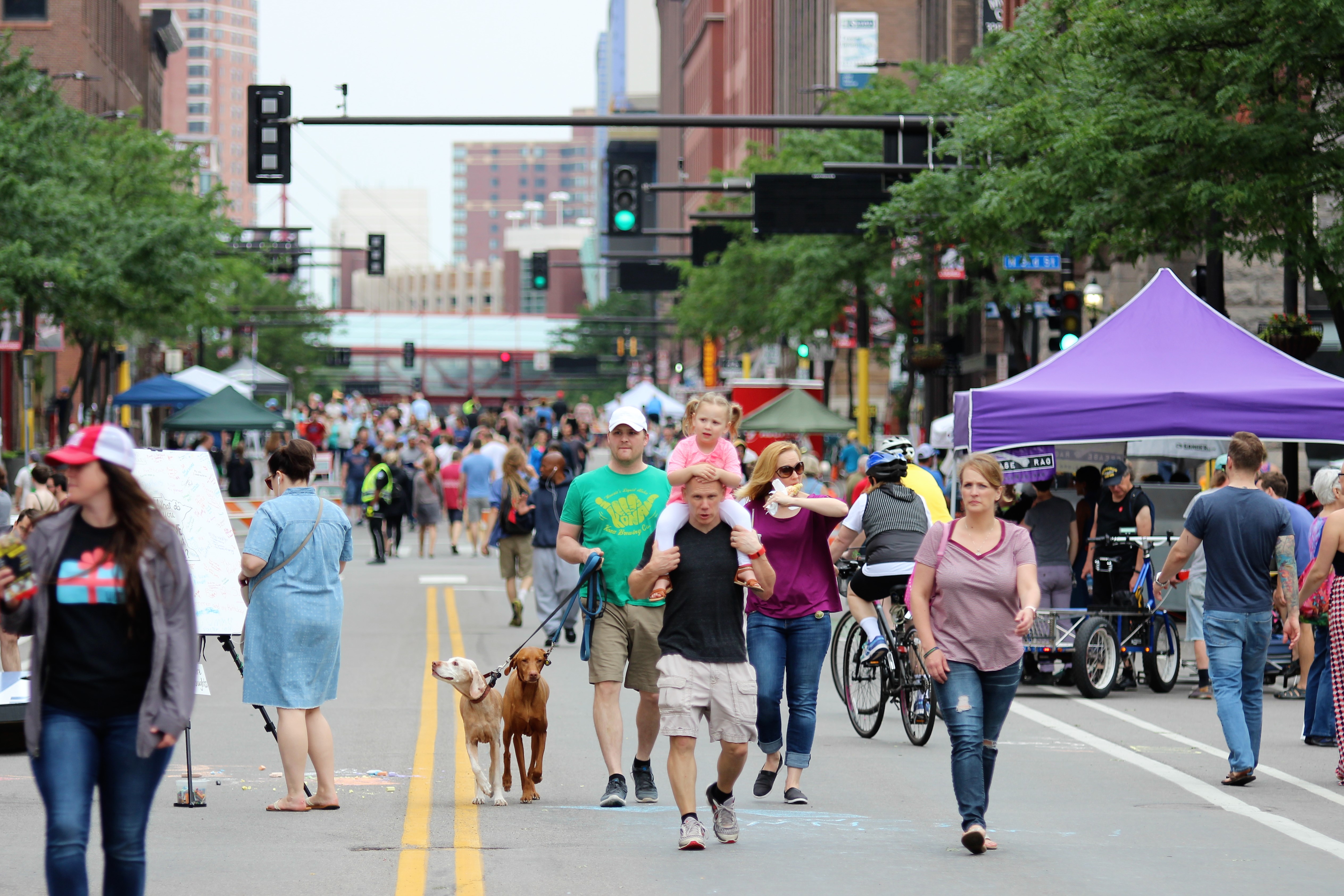 One week after Open Streets Lyndale, we brought the fun to Downtown! The early morning of June 11th ushered in a formidable thunderstorm so we were forced to delay the event by an hour, but right at noon Washington Ave and 1st Ave were open! The rest of the day was cloudy yet cool - perfect for humans and their furry friends to explore the streets of Downtown!

The Timberwolves, Afro Dance Co., Alchemy 365, DharmaCycle Yoga and the YMCA kept bodies moving all day long. This route was significantly shorter than Lyndale, so folks were able to explore the route from end to end - the Showmobile stage in the North Loop to the Target Center. Colorful chalk drawings brought the route to life but so did our Minneapolis community. Thanks to all who braved the weather and joined us for the fun!

There won't be any Open Streets events for the next few weeks, but when they start up again we'll be ready to pump up the jam!

HOW TO GET INVOLVED

We're still looking to recruit hundreds of volunteers to help out with the upcoming Open Streets events. There is no limit to how many times you can volunteer, so if you've already done it once then try out a different role or bring a friend along with you!

Check out our website to see all of the awesome volunteer opportunities!

All volunteers will receive a free 2017 Open Streets T-Shirt as well as the chance to activate their community and get involved in some of the best events of the summer.

We'll additionally be looking for volunteers to help at other outreach events so keep an eye out in your email inbox for even more opportunities. 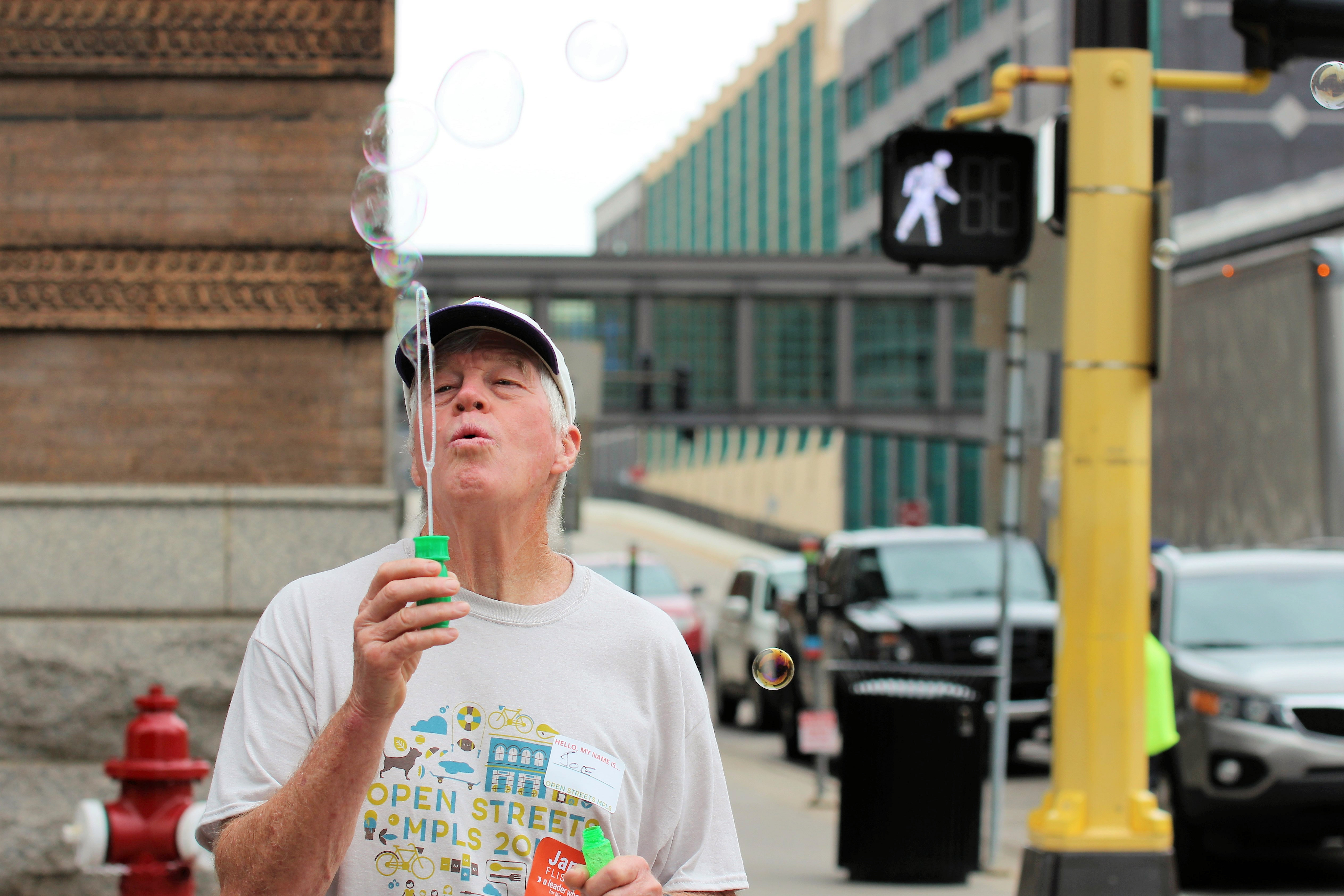 Also check out our Instagram if you're curious about all the other things that go on behind the scenes.

Enjoy these gorgeous Summer days and we'll see you on Sunday, July 23rd (if not sooner)!