A mid-February evening—in all of its snowy, frozen winter glory—found the Our Streets Pedestrian Work Group (PWG) once again at the Lakes and Legends Brewery in Loring Park. After kicking off 2019 with a rousing discussion of our new top priorities, group members built on that momentum with a meeting that centered around winter sidewalk maintenance. 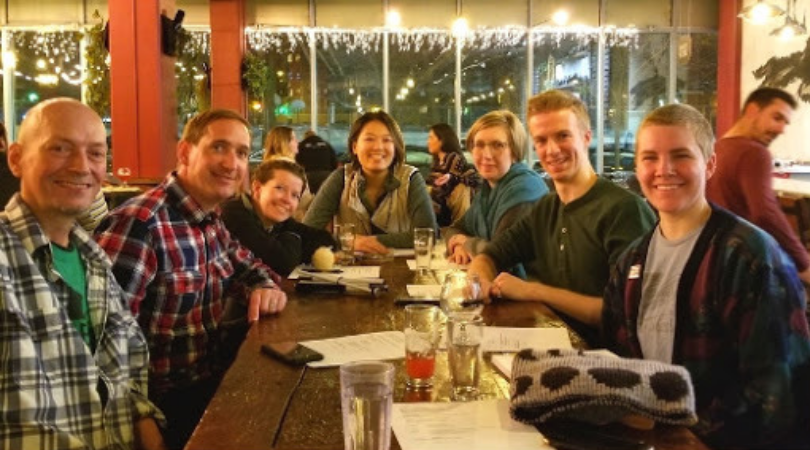 Before discussing winter sidewalk issues, the group touched on Minneapolis’s ADA Transition Plan and Transportation Action plan. As of our meeting:

The main topic of the night, though, was engaging the community—and Mayor Frey—around winter sidewalk maintenance issues. Although the Minneapolis Department of Public Works declared sidewalk shoveling at 95% compliance in early-mid February (a week or so before our meeting), members found that this statistic did not accurately reflect their experience navigating city streets. Everyone present took time to share their frustration with blocked sidewalks at corners, generally unshoveled sidewalks, and other common areas of concern. During this conversation, the group:

Do these priorities, activities, and issues sound amazing and exciting to you? Are you a fellow rolling/walking issues nerd with ideas of your own to contribute? Are you 350% fed up with uncleared sidewalks and massive frozen slushy snow walls? Come and join us for the next Pedestrian Work Group Meeting, on Monday, March 18th. Hope to see you there!