More than 900 letters of support for Minnehaha cycletrack 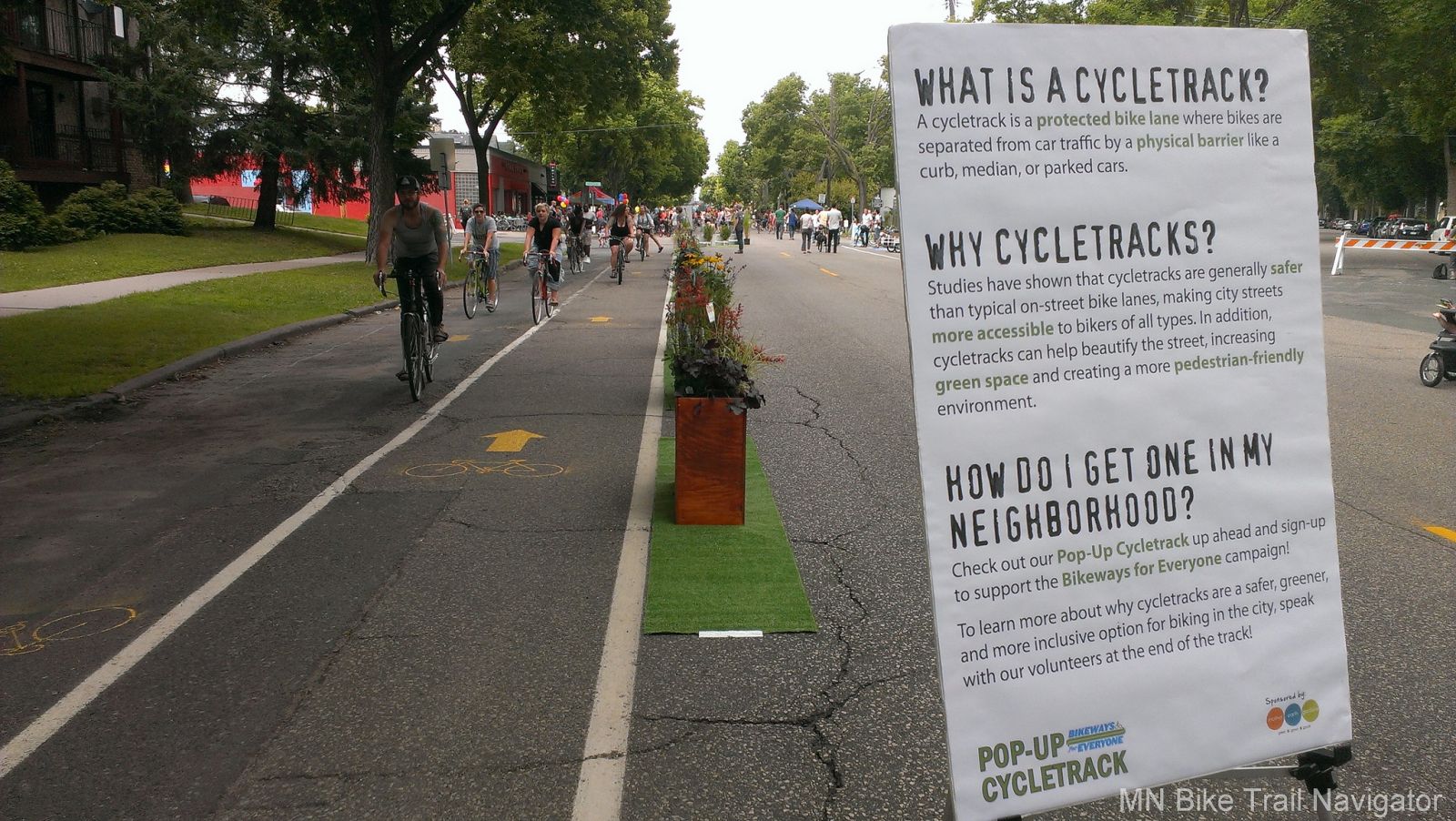 Nicole Nafziger, a local resident and mom of two who is big supporter of cycle tracks on Minnehaha, delivered the letters in August to staff of the local officials. 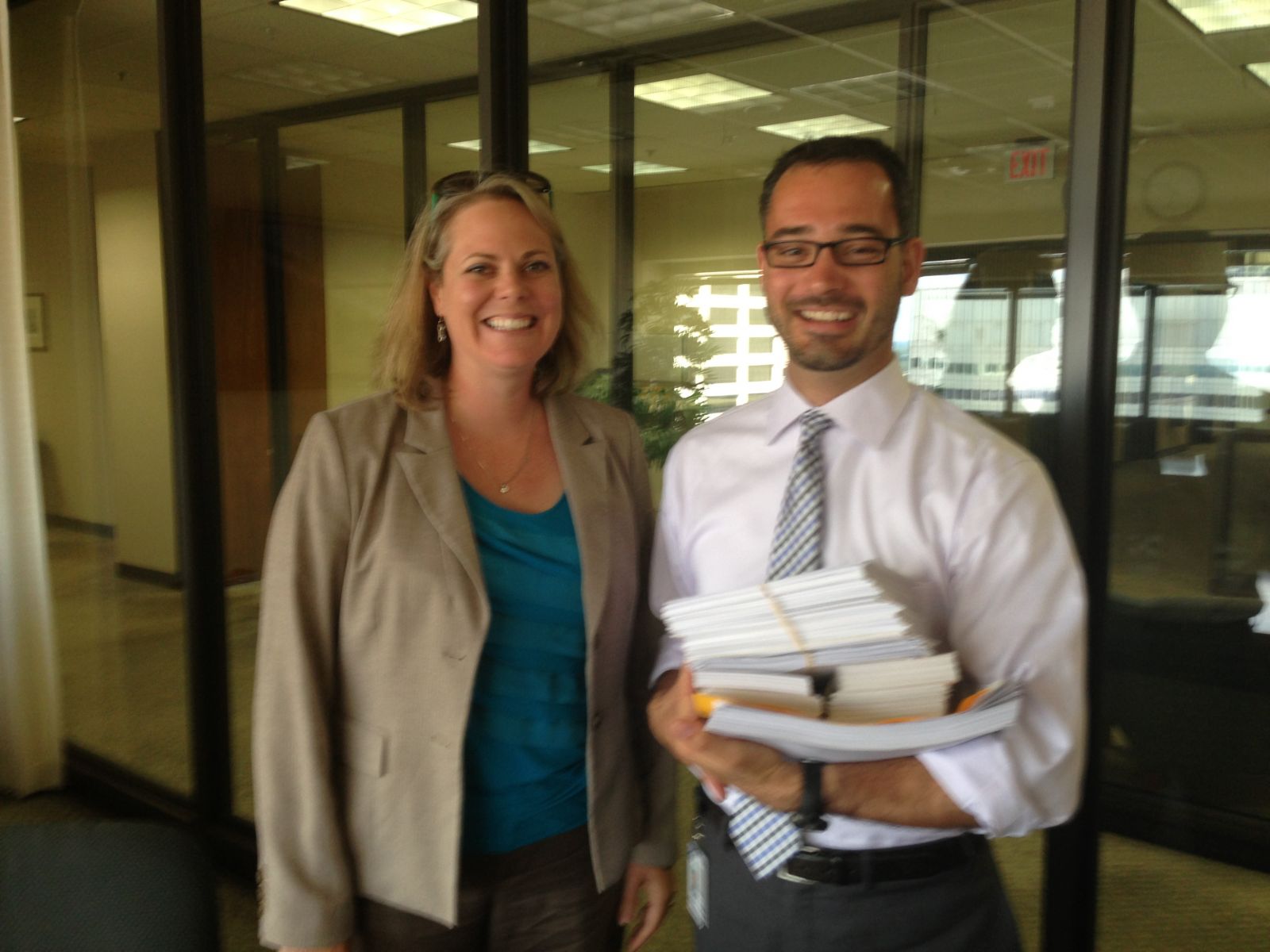 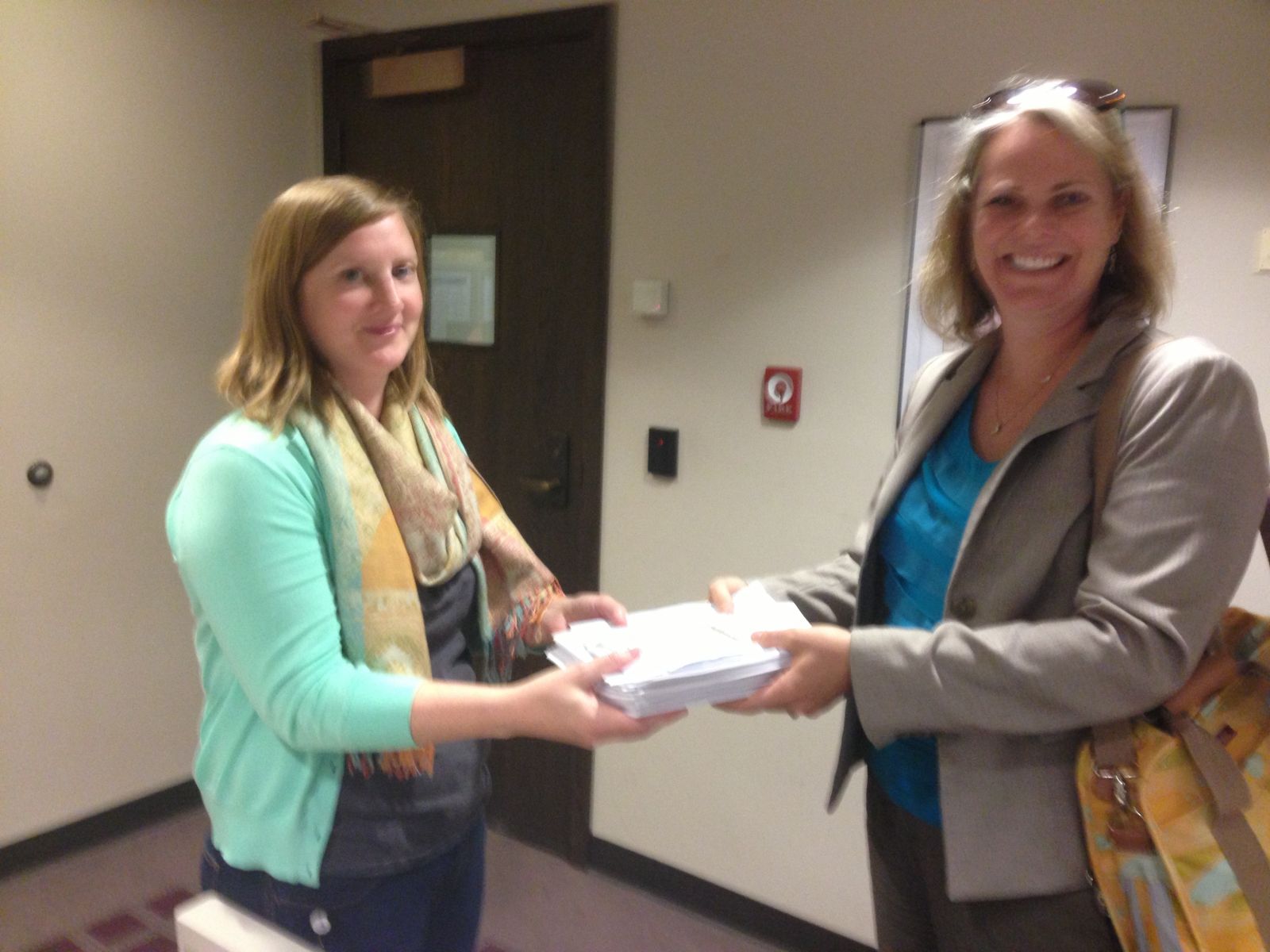 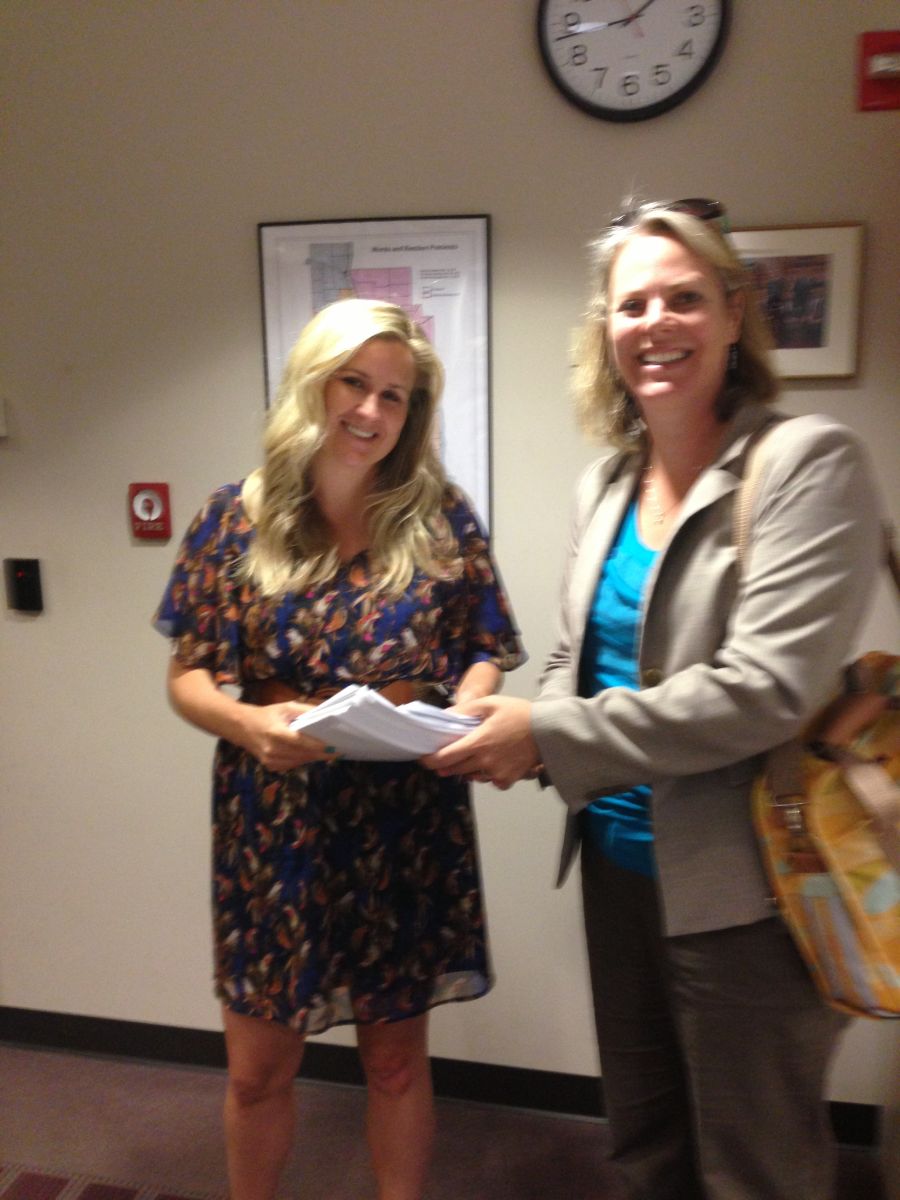 The press release below from August 11 offers more details on the letters of support, including quotes and a link to pictures from a press conference to celebrate the post cards. Thanks for everyone who has offered their support.

More than 900 signed postcards in support of a cycle track on Minnehaha were unveiled during the Minnehaha Open Streets Minneapolis event on August 11. The postcards will be delivered to local elected officials Hennepin County Commissioner Peter McLaughlin, and City Council Members Sandy Colvin Roy and Gary Schiff on Monday, August 12.

“We have before us a huge opportunity on Minnehaha Avenue,” said Nicole Nafziger, a signer of one of the postcards and an area resident who recalled the harrowing experience of recently trying to bike on Minnehaha with her two young children. “As a mom, who is carrying her most precious cargo in the world, I can tell you--the status quo doesn't cut it. We are not asking for more. We are asking for better. Better for us now, but really, better for our children, and better for the health of our city and the businesses that make it hum.”

A protected bicycle lane, or cycle track, is a bicycle lane that is physically separated from both pedestrian traffic and car traffic. This physical separation can be achieved with curbs, planters, trees, plastic bollards or a combination of these or other buffers. Protected bicycle lanes exist throughout the United States, including in Chicago, Portland, Oregon, Washington D.C., and about 100 other cities. Numerous studies have shown that well-designed protected bike lanes are safer and attract more people to bicycle than on-street painted bicycle lanes.

Minnehaha Avenue will be reconstructed from Lake Street to Minnehaha Parkway in 2015 and 2016. The street was last reconstructed in the late 1950s. The reconstruction provides a unique opportunity to improve the street --at no or little additional cost--for generations to come.

Council Member Cam Gordon added his support. “I am very supportive of the concept of physically separated, protected bike facilities. The City’s recently adopted Climate Action Plan includes a goal of installing 30 new miles of protected bikeways by 2020. A Minnehaha Avenue cycle track would be a great addition for the community.”

Martha Mellgren, who started an adult learn-to-ride class at nearby SPOKES Bike Walk Connect July 2, spoke of her excitement to be biking, her concern for biking on roads like Minnehaha, and her hope for a cycle track.

“A cycle track on Minnehaha would provide the perfect connection between Minnehaha Park and its trails and the Midtown Greenway,” said Ethan Fawley of the Minneapolis Bicycle Coalition. “This addition would add to quality of life for people in Longfellow and attract people from across the region to local businesses. We urge Hennepin County to move forward with a revised cycle track proposal that protects street trees and on-street parking.”

Hennepin County presented two options to the public in July: one with on-road bike lanes (similar to the current design) and one with a two-way cycle track on the west side of the street. About 230 people attended those public meetings and many spoke in favor of the cycle track. County staff members have recommended the bike lane option despite the community support offered through the process. There will be another round of community meetings in September and the County plans to seek municipal consent from the Minneapolis City Council in November.

Some of the comments from postcard signers as to why they support cycle tracks include:

“I use Minnehaha frequently with my grandson in trailer. I need more safety.” -- Edelle, 55406

“As a Minnehaha business owner, I welcome the added ‘foot’ traffic. As a cyclist and parent, I welcome a safer option for traveling through the ‘hood.” -- Julie, 55406

“Minnehaha is a major roadway that connects shopping and entertainment to the wonderful Minneapolis parks system. Stores and restaurants would benefit from the increased access for all users.” -- Avi, 55407

“I would love to be able to bike to local stores and the library with my kids, but the current state of Minnehaha Avenue is not friendly to the average biker.” -- Sarah, 55406