Minneapolis is The Most Bikeable City in the U.S. 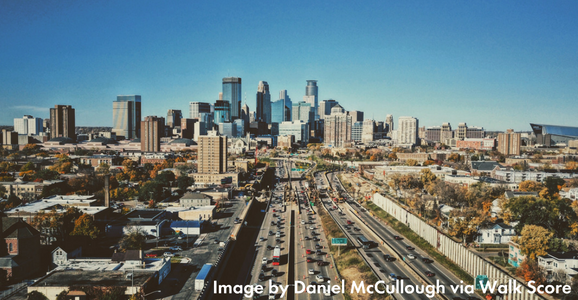 Home to over 400,000 people, a big part of what makes Minneapolis so bike friendly is the large number of resources, restaurants, entertainment, and hang out spots that are available in the city’s many neighborhoods. With the average Minneapolitan being able to walk to about 4 of these types of spots within 5 minutes, this means that a handful of neighborhoods are considered to be biker’s paradises. In fact, Lynn Lake and Dinkytown both have bike scores of 99 and Seward, Phillips, Whittier, and Powderhorn Park aren’t far behind (with scores of 98, 96, 94, and 93, respectively). In fact, Minneapolitans are so dedicated to bike riding that they even hosted the Winter Cycling Congress — a meeting of the top industry and thought leaders in bicycle infrastructure to discuss how to increase the rate of biking and walking throughout even the harshest of winters — in 2016.

Also a big plus for the city’s bike score is the sheer amount of bikes available in the city. With dozens of bike shops and rental options, any Minneapolitan who has even thought about riding a bike can do so with ease. Then there’s Nice Ride Minneapolis, Mill City’s bike share non-profit. With affordable and easy access chartreuse bikes, Nice Ride makes one-way trips and errands by bike accessible to almost every Minneapolitan. 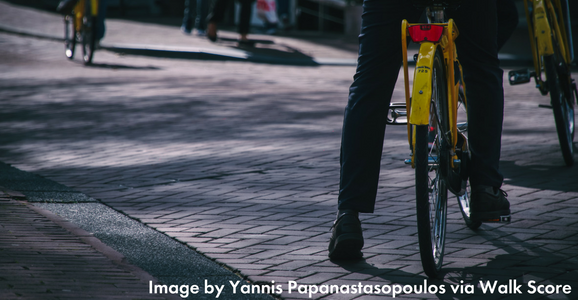 But having all of these bikes to buy and things to bike to wouldn’t mean a whole lot without the right bike infrastructure and the City of Lakes has it in spades. As of 2014, Minneapolis had 226 miles of bike lanes and trails and more of them per square mile (5.8) than any other major city in the country. In the past six years alone, the city has added 75 miles of bike lanes and trails. Minneapolis is also home to some of the largest pieces of bicycle infrastructure in the U.S., like the Midtown Greenway which is used year-round by an average of 4,100 cyclists a day. There’s also the Luce Line, which extends a distance of almost 60 miles. All this infrastructure even led to Minneapolis becoming the first American city to be named as one of the top 20 most bike-friendly cities in the world by Danish design firm, Copenhagenize.

In order for Minneapolis to hold onto its’ number one spot, however, this bike infrastructure will have to continue to grow. As it only takes a single bad intersection to ruin an otherwise great bike route, one thing Mill City can do is to install additional crossing islands. These raised areas in the center of crosswalks serve the dual purpose of forcing traffic to slow down near them and allow both bicyclists and pedestrians alike to only have to contend with one side of traffic at a time, increasing bike safety. Likewise, the city also needs to make sure that any bike lane approaching an intersection has a bike lane on the opposite side of the street as well. This is to ensure cyclists will have a safe, designated area at which they will arrive after crossing the street. Additional bike parking (such as bike racks, corrals, and lockers) are also important as they both provide bicyclists with a safe area to store their bikes and clear up the sidewalk for foot traffic.

Overall, Minneapolis finds itself in the unique position of being able to become the U.S.’s bikeability equivalent of Amsterdam or Copenhagen. Already the most bike-friendly city in the nation, Minneapolis is poised to quickly grow their bike score thanks to excellent bicycle infrastructure, a lack of hills, an easy to commute to most locations, and a dedicated biking community. Don’t be surprised if Mill City quickly becomes known as Bike City.

Bike Score is calculated based on measurements of a city’s bike infrastructure (bike lanes, trails, etc.), hills, destinations and road connectivity, and the number of bike commuters in the city. Bike lane score is determined using data from OpenStreetMap, a city’s “hilliness” is calculated utilizing data made available by the United States Geological Survey’s National Elevation Dataset, and destination and connectivity are calculated using a modified version of Walk Score.