Level of Service for Bicycles and Pedestrians

Level of Service (LOS) is a widespread concept in engineering. On an easily understandable A-F scale, it ranks how smoothly (motorized) traffic moves along a street or through an intersection. Level “A” is a free flow — like an empty freeway — while Level “F” is defined as the “breakdown of flow”, which might mean stop-and-go traffic, or waiting through multiple cycles of a traffic signal.

Historically, LOS and bicycling have not always been compatible concepts. Maintaining adequate LOS on Washington Avenue, for example, was one of the barriers to reducing that street to five lanes to make room for a bikeway. Concerns that a breakdown of flow would result — LOS E or F — have thus far prevented road diets on streets like Lyndale Avenue or Franklin Avenue.

But as I learned in a webinar by the Association for Pedestrian and Bicycle Professionals (hosted by TLC), the concept of LOS is being expanded to take into account bicycle and pedestrian service.

The webinar was presented by Peter Koonce, an engineer with the City of Portland, Ore., and Nick Foster, a planner with Kittelson and Associates. 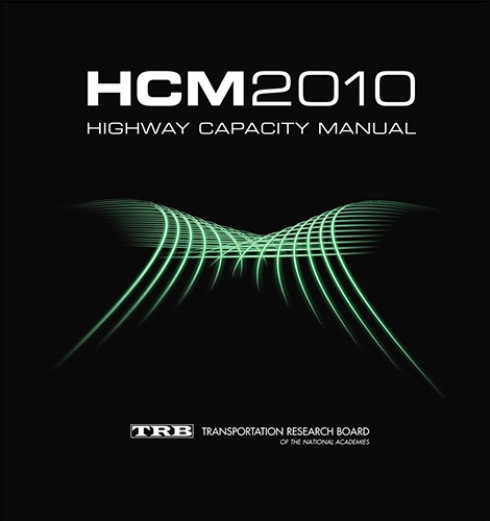 The LOS concept was first developed in the 1965 Highway Capacity Manual, although even earlier documents noted the interaction between pedestrians and cars in dense urban areas. Because the main methodology is based on motorized vehicle delay, it’s doesn’t necessarily account for person delay. Consider an intersection like Hiawatha Avenue and East 28th Street: a pedestrian or bicycle crossing on-grade might wait two or more minutes for a walk signal, and that doesn’t affect the LOS of Hiawatha or of that intersection. But if a car on Hiawatha were forced to wait two or more minutes for a green, that would seriously affect Hiawatha’s LOS.

Bikes and pedestrians were first taken into account in the 1985 Highway Capacity Manual. 25 years later, the first concept of a Multi-Modal Level of Service was developed. Rather than a single LOS that accounts for all users, this offers different rankings for each mode, and it’s up to engineers and leaders to determine the appropriate balance.

Limitations of LOS concept for bikes and pedestrians

One of the biggest barriers to multimodal LOS is that the bike/ped experience is affected by different concerns than a motor vehicle. If we simply prioritized flow, as with the traditional LOS, bicycling in the travel lane on a street like Hiawatha Avenue would probably have a higher LOS than riding down a bike boulevard like Bryant Avenue. 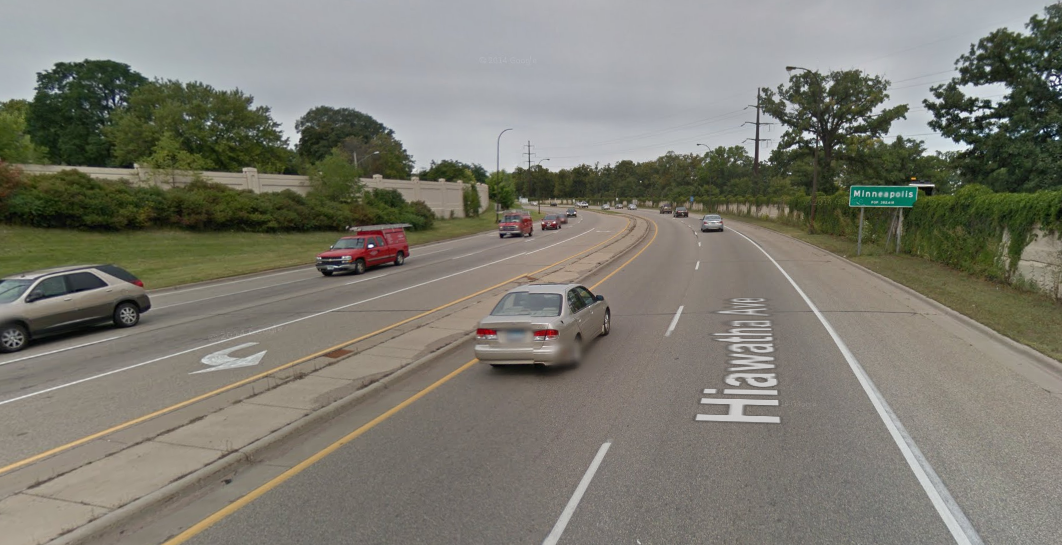 Hiawatha Avenue: LOS A for bikes?

Of course, the bike-walk experience is much more complicated: a crowded street is rarely pleasurable or efficient to drive on, while a crowded sidewalk might be a great place to walk. Wide lanes, high speed limits, and broad sight lines make for a great street to drive a car, but usually not a comfortable place to drive a bike.

Koonce and Foster discussed how surveys of comfort and experience had been used to balance out these factors. They also noted that the way the current bike LOS standards were developed are limited to what manual authors were able to observe on minor arterials in Florida. This means that hills do not factor into LOS, and nor is it possible to get an LOS higher than “C” — because none of the arterial roads they examined offered a higher standard than that.

The 2015 Highway Capacity Manual will see minor changes to the formula, but will remain substantially similar to the 2010 model.

The other main barrier to a multimodal LOS is that, in most American cities today, the car continues to serve more people than bicycles. If we always prioritized LOS in such a way that the most number of people would move the most efficiently, we would generally prioritize cars over bikes on basically every street outside very high-density downtown areas. But this isn’t always compatible with policy goals, especially if a city wishes to change their mode share toward bicycling, transit, or walking.

One example Koonce gave was the Hawthorne Bridge in Portland. This bridge carries an important bike crossing, but also had a free-flow ramp from another arterial street that was heavily used by rush hour motorists. The previous design was that bicyclists had to stop, look for a gap in free-flow traffic coming off the on-ramp, and then dart across. Technically, this served more people more efficiently. But because of policy goals to complete a bicycle network and get more people on bike, stop signs were installed for vehicles coming up the on-ramp. This improves bike safety and experience, but also results in rush hour backups. Koonce seemed to indicate that the sacrifice was considered worthwhile, despite slowing more users than it speeds up.

For decades, LOS has provided a simple, object measure of how well a street moves motorized traffic. The future of a multimodal LOS requires us to think harder — about what makes a good street for biking, and about how we want to balance different modes — but is a necessary step to get more people bicycling and walking.