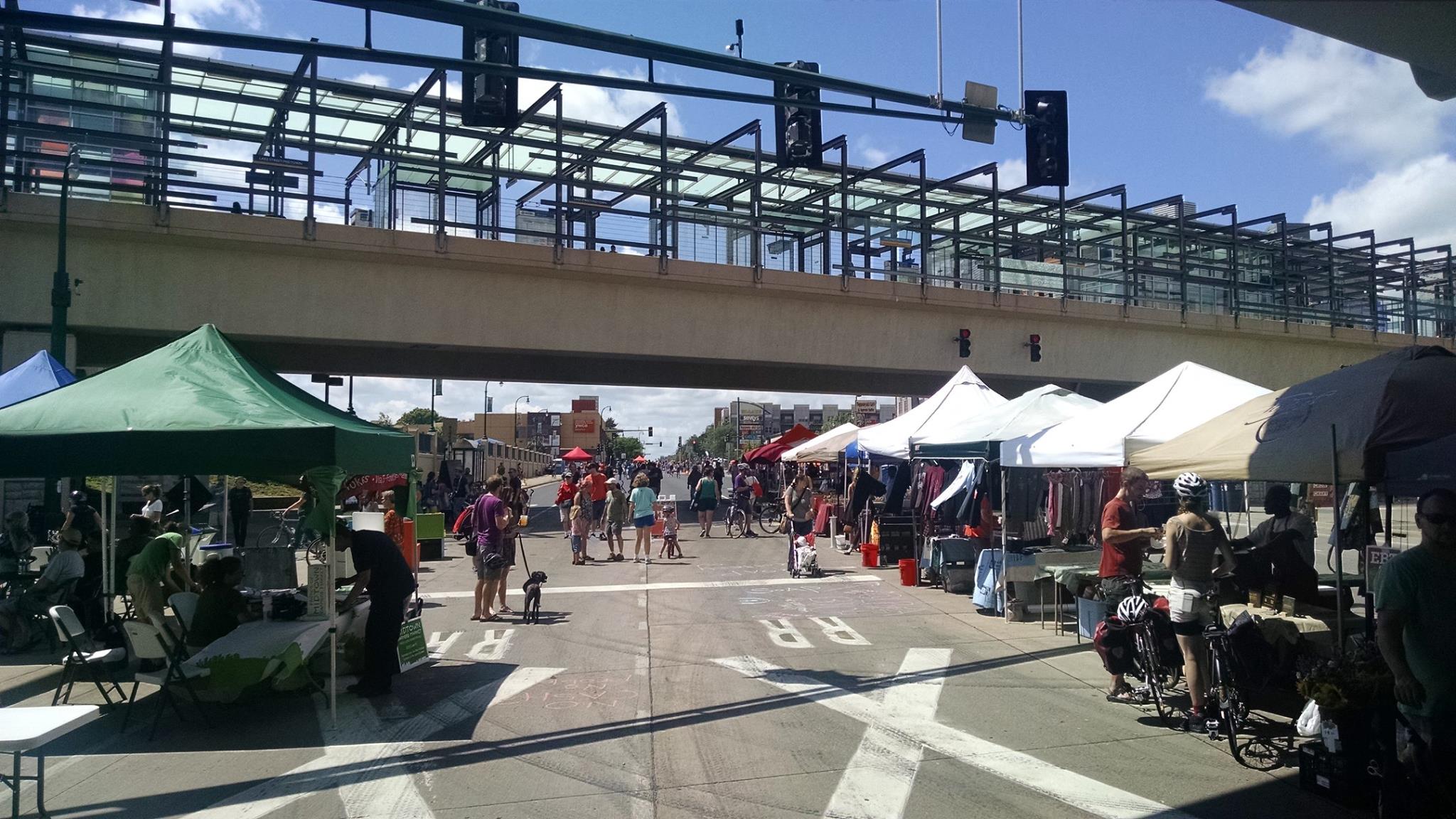 At Open Streets East Lake in 2015 a coalition of groups came together to promote their “Humanize Hi-Lake” campaign, a push to make the intersection of Lake Street and the Hiawatha Avenue on/off ramps a safer and more pleasant space for pedestrians, cyclists, and drivers too!

As anyone who has walked or biked this intersection knows, crossing it can be a very long and stressful experience if you're not in a motor vehicle. Crossing times and distances are especially long for pedestrians, who have to navigate a number of lights between high speed and high volumes of traffic coming from a number of directions. The intersection is also a big transit hotspot, with a Blue Line stop and a 21 and 53 bus stop which both see high numbers of riders at this stop.

Thanks to some big changes happening in the area, local groups the Corcoran Neighborhood Organization, Longfellow Community Council, and Sierra Club North Star Chapter have been pushing for a complete overhaul of the intersection, up to and including shutting down access to Hiawatha in some directions to reduce conflict points for pedestrians. The current site of the Minneapolis Public Schools adult continuing education building will soon be replaced with a Hennepin County service center, a permanent farmer's market site, as well as mixed use housing and retail. This mixed-use project is exactly the kind of project that was envisioned for the Blue Line, and while not perfect, will hopefully lead to further growth and transit-oriented development in the area around the station. Coupled with the new senior housing just built across the street on Lake, this will bring an influx of pedestrians into the area, making this redesign more urgent. 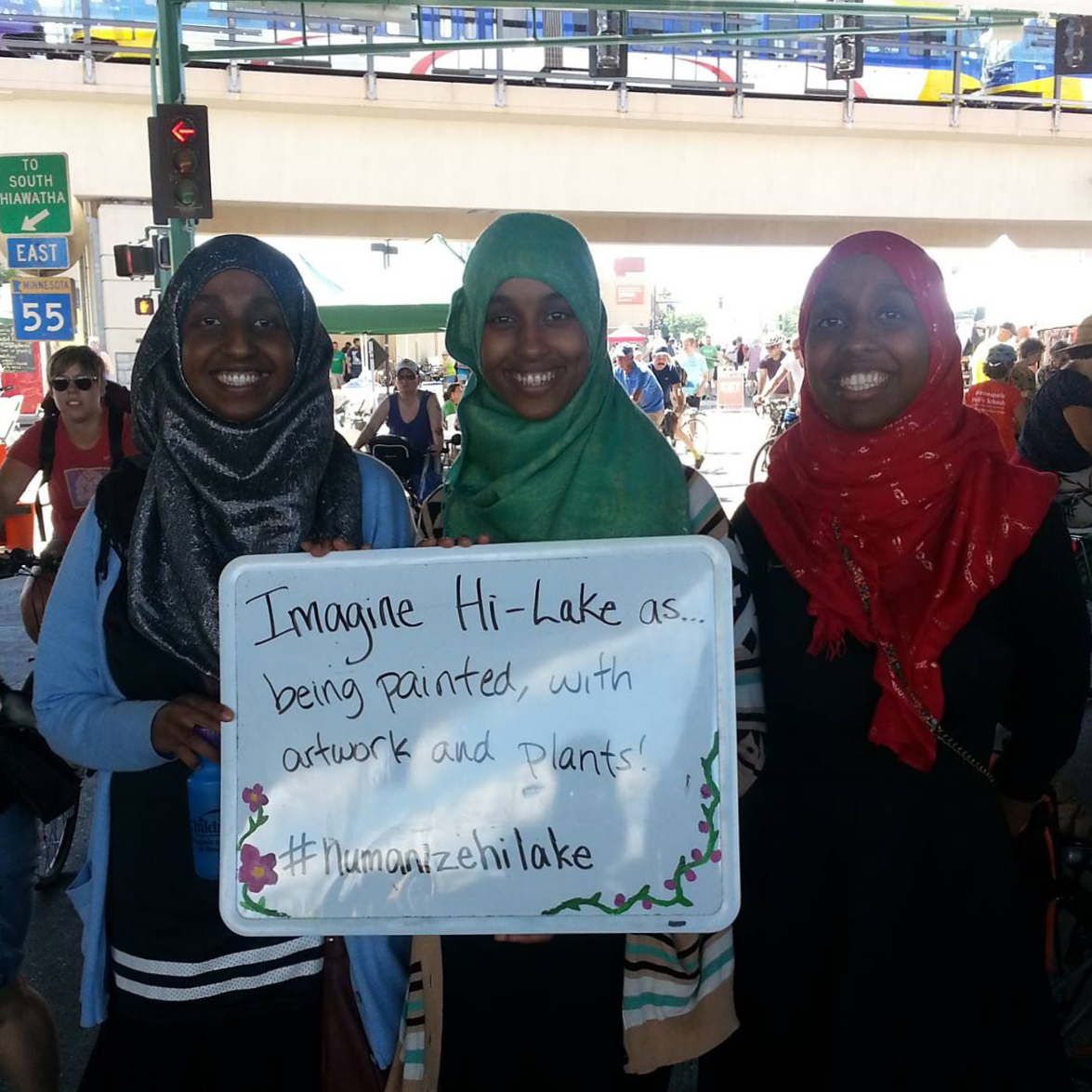 The City of Minneapolis and Hennepin County have studied the area and come up three "tiers" of possible improvements, ranging from simple safety improvements like signs and paint (Tier I) to a complete intersection redesign with possible lane closures (Tier III). The cost increases as the project becomes larger and more complex, but the potential benefits to pedestrians and bicyclists increase in each tier as well.

Tier I improvements (estimated cost $432,000) could include:

Tier II improvements (estimated cost $660,000) could include removal of dedicated turn lanes and the increasing of pedestrian space (the green is reclaimed space):

Tier III (estimated cost range $2.4-5.6 million) is much more complex, with 5 designs suggested. Below are the 5 proposals (click to make larger)

It should be noted that there is currently no funding attached to this project by any of the involved entities, so any of these designs should be considered to be very preliminary at this point. Any project that does develop out of this will very likely be implemented incrementally as funding is made available, so major changes won't happen to this area all at once.

These changes are also incredibly important for bicyclists. The greatest impact these will have will be to calm traffic and make this intersection easier and safer to traverse by bike. It will also improve the experience for riders crossing Lake at the planned improved crossing east of Hiawatha. The trail connection between the Greenway and the Hiawatha trail that exists now is no better than a sidewalk. The improved trail connection should make this route considerably safer and more comfortable for cyclists.

The biggest challenge with this project is the level of vehicle traffic in the area. 26,000 vehicles cross through here along Lake Street daily, and 6,300 use the ramps from Hiawatha to merge onto Lake Street. Any closure of ramps would divert traffic to other streets (according to the presentation closing both ramps south of Lake would add 4,400 vehicles to local roads). The next challenge is funding - with no money currently attached to this project and without it being in any agency plans for reconstruction, it could be a big hurdle to get this funded. Finally, this project falls under the jurisdiction of both the City of Minneapolis and Hennepin County, while the ramps are controlled by MnDOT. Getting all three agencies to work together on a project could prove challenging.

The impact of Open Streets 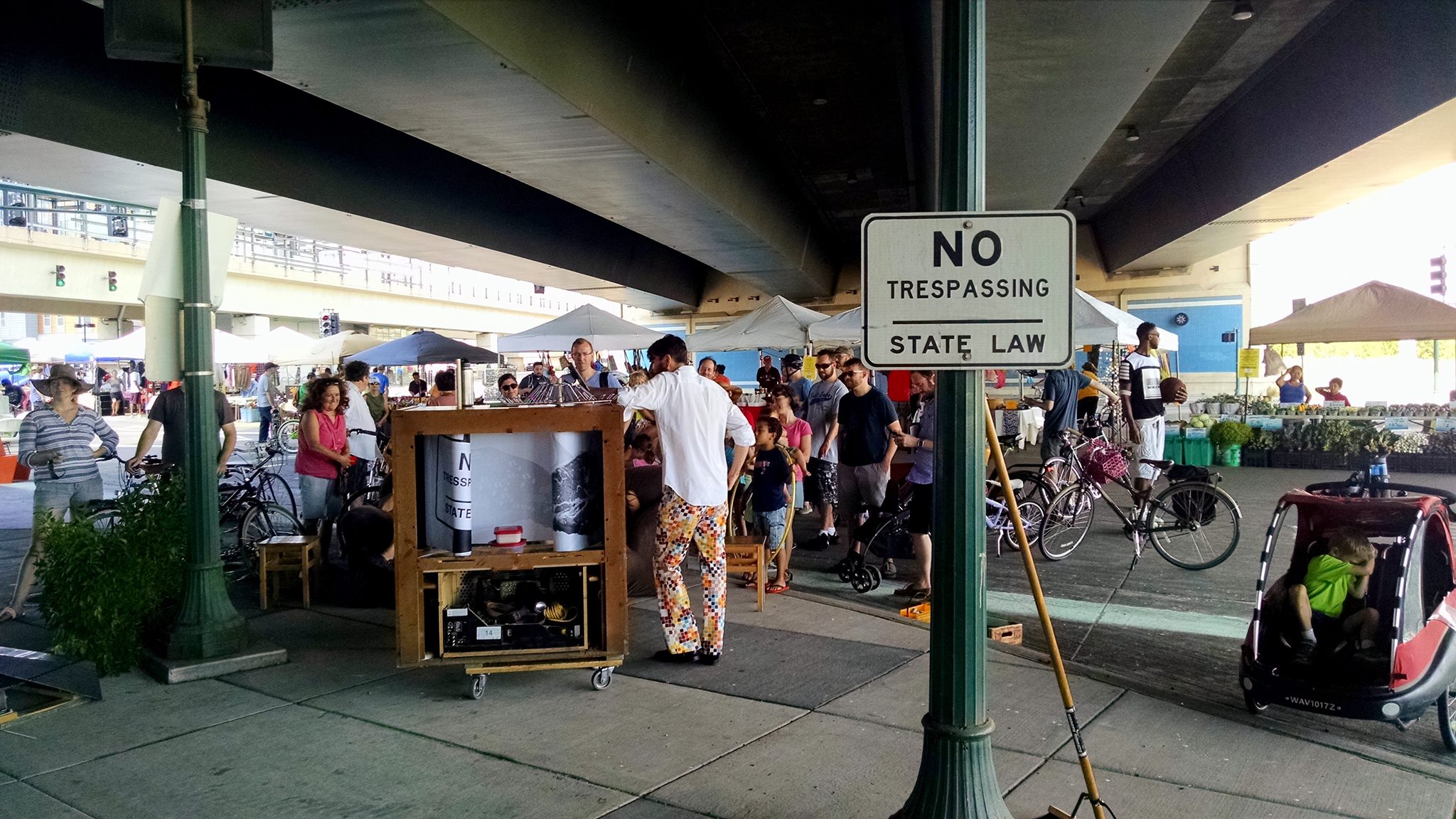 The energy generated around this project, and the fact that it has gotten so far so quickly shows just how much of an impact Open Streets can have when we create opportunities for people to re-examine how we use our public space, and dream a bit about how we can make these spaces that we generally avoid (because they’re designed to be so unpleasant) into places we want to be. We look forward to the Humanize Hi-Lake campaign coming back to Open Streets East Lake this year to continue their community engagement, and keep advocating for a safer, more human intersection for all!