On Tuesday, December 10, the Hennepin County Board of Commissioners had a meeting about the Washington Avenue reconstruction (among other things), and the Board agreed to vote on the project next week.

Hennepin County plans to reconstruct Washington Avenue from Hennepin to 5th in the next couple years, and then from 5th to 35W soon* after that. To gather input about this important project, the public works department held public meetings, interviewed stakeholders, and listened to Downtown Council's goals for the area. One plan has emerged as the runaway favorite: removing two through lanes for motorized traffic, expanding the sidewalks, and building a protected bike lane. This is part of a complete streets strategy that enhances the level of service for everyone on the street, not just the people in cars.

First, it's good for people on bikes. The Minneapolis Bicycle Coalition supports protected bike lanes because they make ordinary people feel comfortable riding a bike in the city. This is good for the environment, good for public health, good for racial and economic equity, and good for local businesses and employers. And in case you were wondering, it doesn't cost any more than any of the other reconstruction options.

Second, it fits in with other plans for the area. Currently, Washington Avenue acts as a barrier between downtown and the riverfront. It's a street where cars regularly speed and the crosswalks are as long as a third of a football field. In the words of one sidewalk blogger, crossing it requires the courage General Washington mustered when he crossed the Delaware River. This is about to be a much bigger problem because they're making a master plan for the Central Mississippi Riverfront Regional Park (PDF) and the river is about to become a lot more awesome. Removing through lanes and adding a protected bike lane would reduce the crossing distance and make it safer and easier for pedestrians to move between downtown and the river. 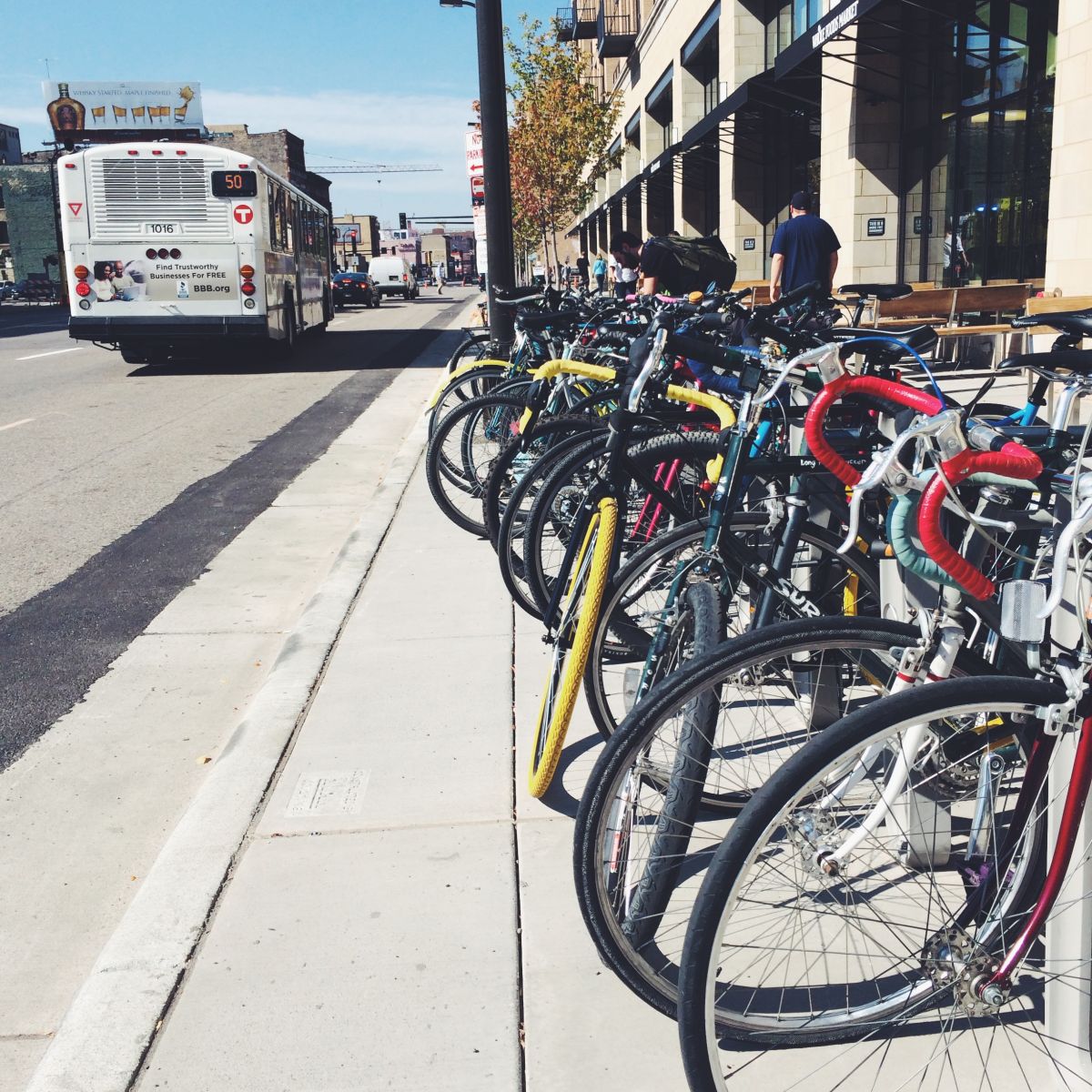 But what about the traffic?

The experts have spoken. The new design for Washington Avenue is expected to improve traffic flow. But the biggest concern expressed by commissioners Mike Opat and Jeff Johnson was that the new street design wouldn't move cars in and out of downtown fast enough. Back in August, County division manager Craig Twinem stood before the board and told them that his professional opinion was that the new Washington Avenue will actually improve the level of service for drivers, even with fewer lanes. (And that's using a projected growth in traffic that some planners believe to be inflated.

How is that possible? Twinem mentioned two projects that will improve the flow of traffic: the synchronization of traffic signals along Washington (to create a "green wave") and the construction of an entrance ramp onto north-bound 35W from 4th Street.

There are other projects that will reduce demand for Washington. First, there are trains. The Green Line LRT will open in a matter of months. If/when it happens, the Southwest LRT would bring in commuters from the southwest suburbs, and the Bottineau line would bring them in from the northwest. Vancouver is a good example of how population and economic activity can increase while traffic decreases.

Second, there's the dense residential development in the area. The Nic on 5th will have 253 units, and the LPM Apartments in Loring Park will have 354. My friend who works at Target HQ and lives in Loring Park has a car, but she walks or buses to work, year-round. Mike Opat asked about the Wells Fargo office buildings that will be part of the Yard development in Downtown East. "How will these 4000 employees get to work?" Opat wanted to know. Easy: many will walk, bus, take a train, or ride a bike.

Building a city for future generations

Commissioner Gail Dorfman emphasized this point with a personal anecdote. When she was raising her five children in the suburbs, each of them had a car. Now that they're in their twenties and thirties, only one does. The other four live in cities with good public transit and bike infrastructure, like Chicago and Portland. "We need to consider future generations," Dorfman urged. Alex Cecchini at Streets.mn has a post on why suburbanites should support good urban design. I hope the commissioners read it before they vote on this important project on Tuesday, December 17.

*Correction: The second phase of the reconstruction hasn't been scheduled yet.