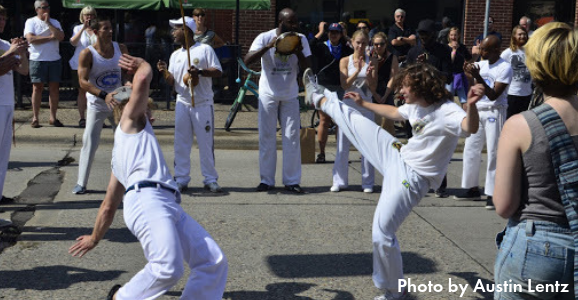 Never heard of capoeira? You’re in for a treat! Experience live demonstrations of this mesmerizing Brazilian martial art and stick around to learn about the history behind it. 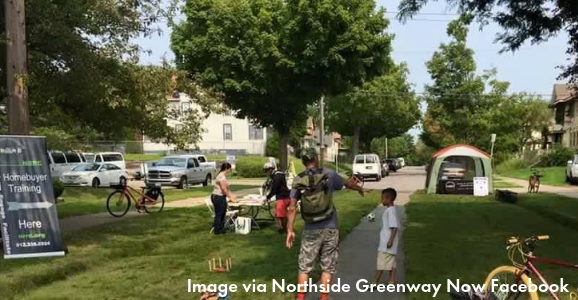 Join Northside Greenway Now, a group advocating for a north/south greenway in North Minneapolis, for a block party! There will be all-day entertainment, free pizza, artists, games, and even a dunk tank! Don’t miss it! 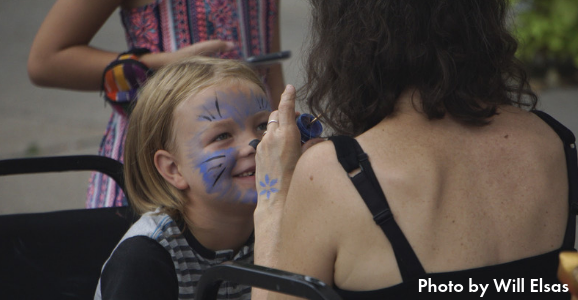 For children-centered programming, head over to the Creative Kids Zone- featuring education-focused organizations as well as fun activities for the whole family! 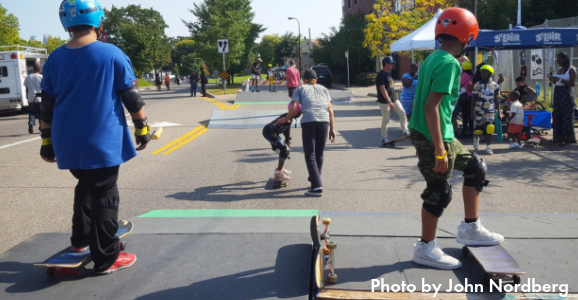 In the JXTA block of the event, between Fremont and Emerson Ave, come learn about a project to create North Minneapolis’s first skate-able art plaza! This space is being designed by Juxtaposition Arts, a nonprofit youth art education program and cultural development center. To find out more about the project, visit its Kickstarter campaign website. 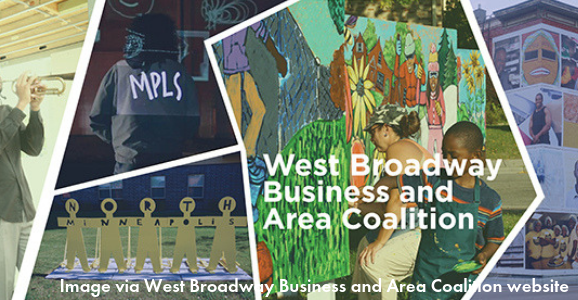 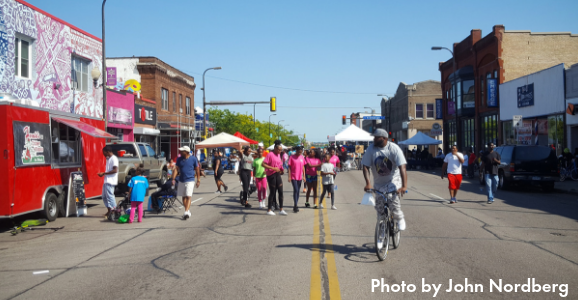 Buy local! At the North Minneapolis Business Block, you’ll find artisanal crafts, fashion and jewelry, food vendors, pet accessories, and everything in between! Several organizations aimed at helping small businesses grow will also be in attendance.