Does bike commuting impact your carbon footprint? And how much?

Many bike commuters cite reducing carbon emissions as their reason for biking. Does switching from a car or bus to a bike reduce one’s carbon footprint and by how much? 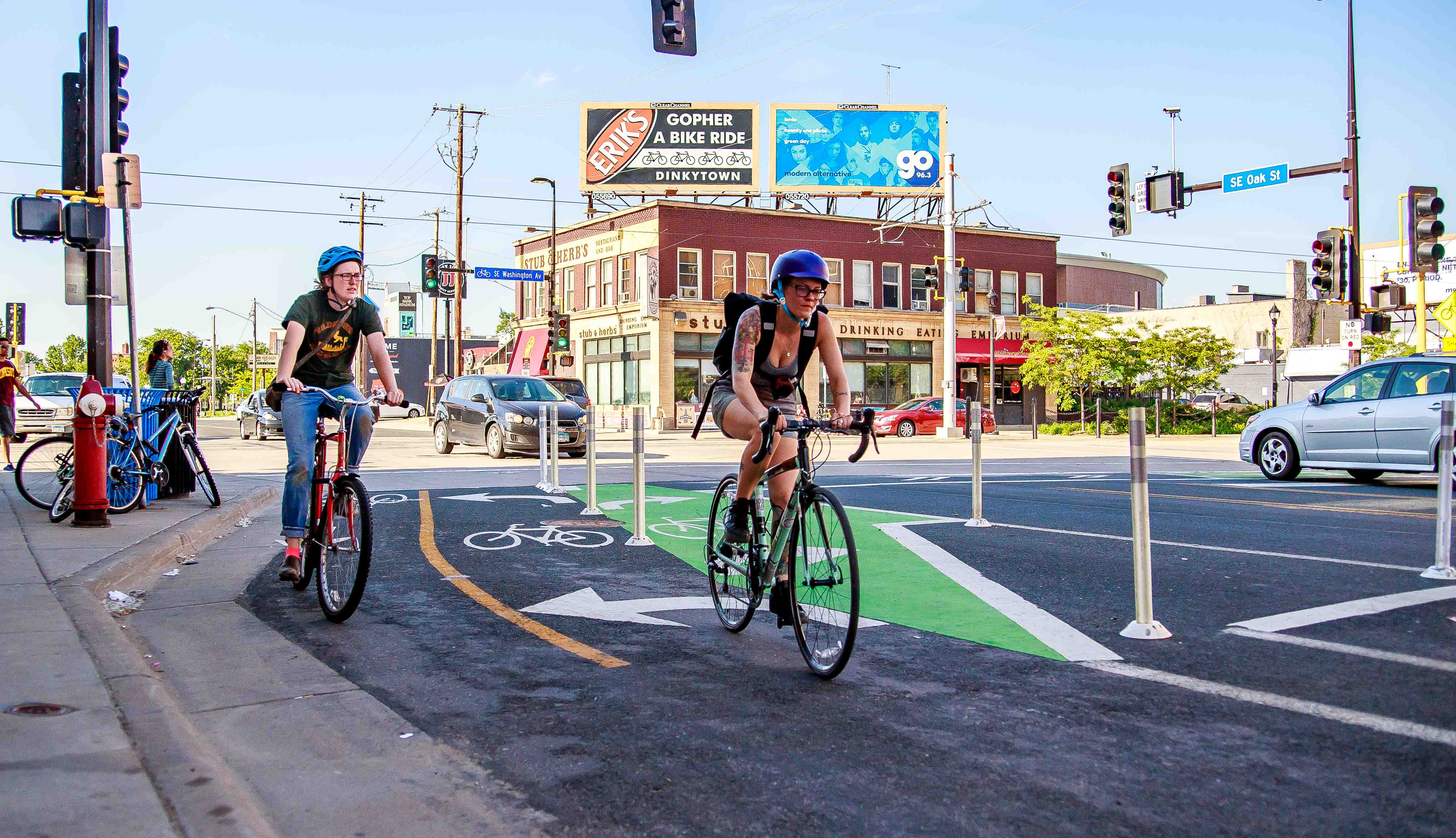 Japan, China, the Netherlands, and Denmark collect the most data on carbon emissions and bikeable cities. These countries have large cities with bike infrastructure utilized by a good portion of their populations.

The Institute for Transportation and Development Policy (ITDP), cited by Streets blog, studied how biking could reduce carbon emissions by a substantial amount.

The statistics above focus on the world community and carbon emissions. How does daily commuting by bike, bus, or car affect one’s individual carbon footprint? The European Cyclists Federation has person to person statistics.

If you take a bus or car out of the equation the carbon emissions drop dramatically. To produce a bike produces, on average, 5 g of CO2 per km ridden. Bikes do not require fuel in the same sense of cars and buses, so the ride does not release any more carbon emissions. Food intake, and the energy which it produces to help a cyclist propel their bike, is the final piece of a bike commute carbon footprint. Cyclists on the average European diet will add 16 g of CO2 per km ridden. The amount of CO2 released changes based on the cyclists' diet. In particular meat has a very high carbon footprint.

The comparison of CO2 released during production and per km is 313 g of CO2 for a car and 16 g of CO2 for a bike. This presents a clear picture: commuting with a bike reduces an individual’s carbon footprint significantly.

If we are to reach the goals expressed above, and reduce our global carbon emissions via increased bike usage, the ITDP suggests making several global changes including:

-Implementing bike-share, with an emphasis on connections to transit

-Investing in walking and transit

Investing in alternative transportation, particularly transportation that yields significantly less CO2 than the standard transportation (personal vehicle) is important work for cities when it comes to achieving our climate change goals.

If you are looking to reduce your carbon footprint, reducing or eliminating your automobile travel is a great way to do it and research shows that it does have an effect.

When looking at large-scale change, cities and nations need to start implementing infrastructure that supports behavior change to reach our climate change goals. If we are not doing this, folks are less likely to ride their bikes or walk rather than use a personal automobile because they feel unsafe doing so.

At Our Streets Minneapolis, we believe that all streets should be safe for all people, particularly those using the most vulnerable modes of transit: biking, walking, and rolling. If you’d like to work towards a Minneapolis that has more of the infrastructure listed above consider joining one of our work groups which meet once a month to discuss advocacy and volunteer opportunities around important bikeways and pedestrian work.