Discussing the history of car-dependence with Christopher Wells

On July 31st, a group of history buffs and bike enthusiasts sat on Tiger Sushi's patio to hear Chris Wells talk about his book, Car Country: An Environmental History. Wells, a professor of environmental studies at Macalester College, started by explaining how he had experienced car-dependence personally, then he explained the main thrust of his book, and finally he took questions from the audience.

When he was growing up in Atlanta, Wells eagerly anticipated his 16th birthday, because a driver's license gave him a freedom to move about the city that he didn't have before. He felt trapped without a car, because there was no other way for a teenager to get around. Atlanta's transit system, MARTA, catered to suburban commuters and tourists. Riding a bike around the city wasn't safe because there were no bikeways. The city's low density and monumental freeways made walking impractical.

Then, Wells lived in cities that weren't car-dependent. He went to college in a small, walkable town in western Massachusetts, and he went to graduate school in bike-friendly Madison, WI. His first teaching job was in Switzerland, where a great public transportation system accommodated the carless. He realized that the trapped feeling he'd had in Atlanta was a direct result of Atlanta's built environment, not some innate American affinity for driving.

How did the vast majority of America become car country? Chris noted that in 1900, the biggest business in the U.S. was railroads, and that most urbanites traveled by streetcar. Cars were unreliable and inefficient, and rural roads were decrepit. Only twenty years later, 8 million American cars were registered. Building car-friendly (and later, car-dependent) landscapes required a great deal of intervention from all levels of government, and that's what Car Country is about.


Questions from the audience

The first question was about the recent drop in car ownership and driving. Professor Wells explained that sprawling development over the last century increased the number of vehicle miles traveled. The burst housing bubble stopped the expansion of the farthest-flung exurban developments, and the resulting recession means that Americans have less money to spend on transportation. He ended his answer with a question: "What happens when the economy comes back?"

One activist in the audience asked about traffic engineers, who, in her experience, often fight to preserve the status quo. Wells said that the select group of traffic engineers he's talked to is open to new perspectives on transportation. He discussed how architects, landscape architects, and city planners all see transportation differently, and that one's ideal system depends on one's point of view. But not all points of view are given equal weight. A new book by Cliff Ellis and Joseph DiMento called Changing Lanes examines the outsized role that highway engineers have played in building urban freeways that destroy neighborhoods and cost billions of dollars. Professor Wells assured the audience that some of his best friends are traffic engineers, and noted that the profession had its origins in managing streetcar systems. The first traffic lights were actually designed to get automobiles out of the way of streetcars. 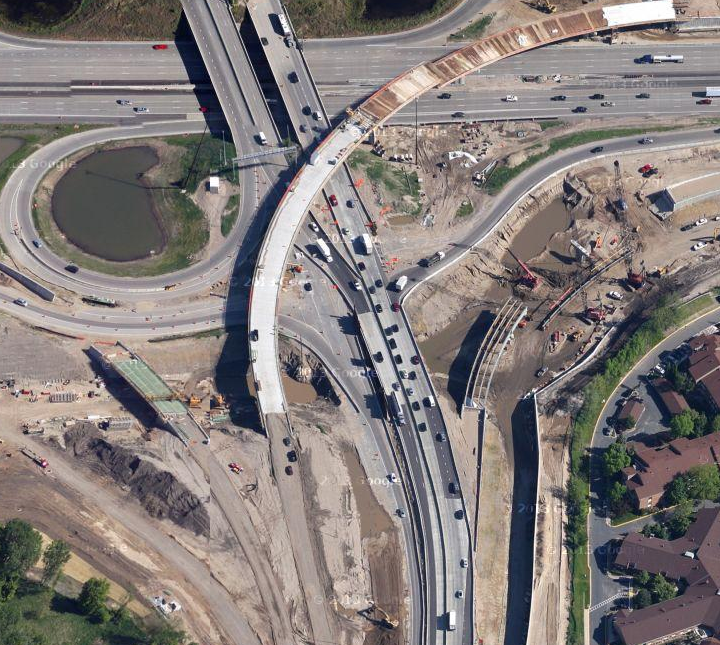 "What's the best way to repurpose car country?" asked another member of the audience. Wells replied that he likes the complete streets guidelines, which take a holistic view of street users, instead of just focusing exclusively on pleasing motorists driving 35 miles per hour. The philosophy takes into account the interests of cyclists, people with disabilities, pedestrians, and local businesses in street design. Wells mentioned that Holland is a country with a great network of complete streets.

Then, the conversation turned from who uses streets to who pays for them. An audience member asked Professor Wells to clarify how much of roads are covered by the gas tax, as opposed to sales, property, and income taxes. "Property owners have always subsidized streets and roads," Wells said. The gas tax, when its revenue was at its zenith, covered about 60% of interstate freeways, which constitute only 7% of the highways in America. Wells also noted that, due to inflation and increasing fuel economy, the gas tax revenue (in real dollars) has been declining for decades. When speaking to his college students, Wells likens toll-free roads to the students' meal plans. A student will go out to eat less if they're on the meal plan, because the meal at the school cafeteria has already been paid for (which is not to say it's cheaper than all the alternatives). A person deciding how to get across the city might choose to drive on the freeway, not because driving is the most economical mode of transportation, but because the infrastructure has already been paid for, so why not use it?

"Who paved the first roads, anyway?" was the next question. Professor Wells confirmed that the League of American Wheelmen paved the first rural roads, which were used by urban cyclists for touring. Before public action was used to pave the roads, the farmers who owned the land surrounding them had no incentive to spend money to make the roads inviting to outsiders. A cultural shift resulted in rural roads being seen as public, instead of private, amenities.

The last question was about this conception of limited-access roads as public goods by economists. Wells said that he's a historian, and that economists use different tools to understand the world. He'd like to see economists take into account the full costs of freeways, which would likely make them less attractive to build. But once they're built, it is expensive and disruptive to remove them (well, maybe not all of them). Ultimately, economists have a point, but it's one worth questioning.

The Coalition thanks Professor Wells for the great talk, and we encourage you to buy Car Country at a local bookstore or online. We also welcome suggestions for future speakers. Just leave us a comment below!

Satellite photo of the Hwy 169/I-494 interchange construction from Google Maps.