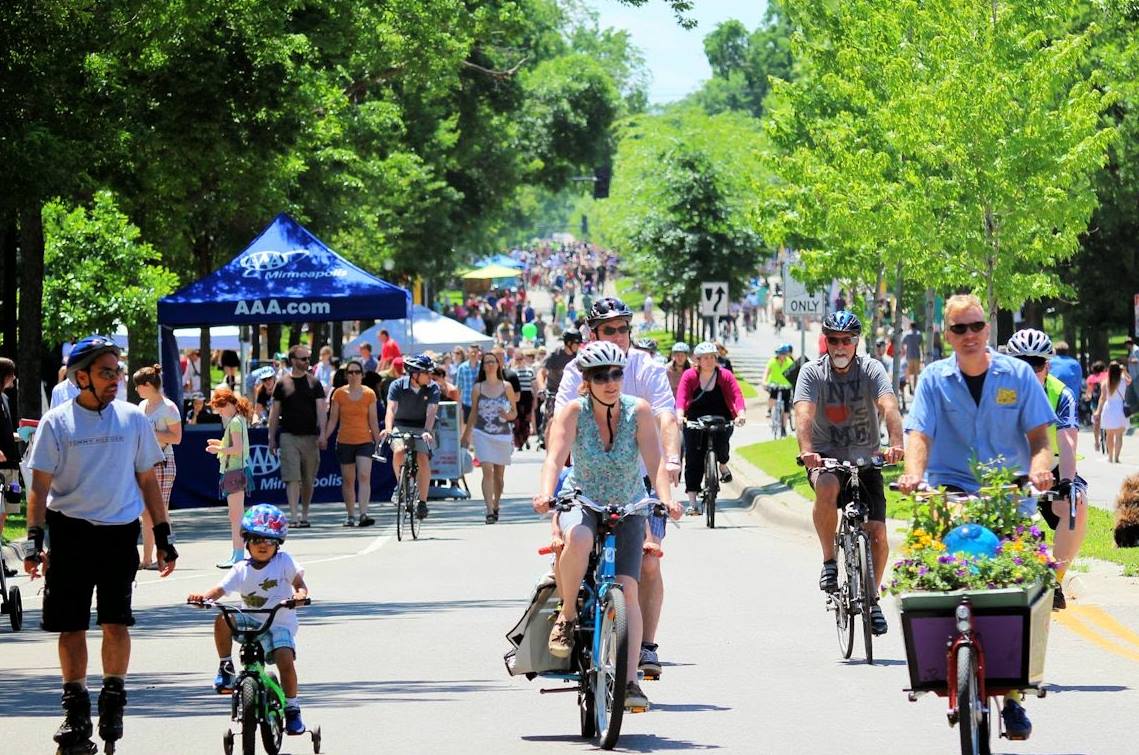 The Minneapolis Bicycle Coalition celebrates its five year anniversary today, and I am so grateful to all the volunteers and supporters who have helped this organization grow to what it is today!

We've made a remarkable amount of progress in just five years, and laid the groundwork for big changes in the future. Last night we saw another victory, made possible by your support! The hard work of our volunteers and staff paid off as the city council adopted a 2015 Minneapolis budget that includes a first--$750,000 in funding for protected bikeways--that is part of the best budget ever for biking and walking.

Neither that victory, nor really any of our success over the past 5 years would be possible without the dedication, hard work, and support of our volunteers, members, and supporters. To get this win, we delivered more than 3,400 postcards to the Minneapolis City Council from residents of Minneapolis who wanted better and safer bike routes to school, to work, and to just get around. Our volunteers and community partners spent countless hours talking to residents, collecting signatures, and making calls to get those signatures. That energy and enthusiasm for better biking has made the Coalition the success it is today, and has helped make Minneapolis a great city for bicycling in just a few short years.

Together, in just the past few years, we've put on 13 Open Streets events, in all parts of the city. We put on the first Minneapolis Bike Week last year, with over 10,000 participants. We've seen the installation of our first protected bike lanes, with 30 more new miles to go. We've won biking on the Lowry Avenue bridge, bufffered bike lanes on Park and Portland, and protected bike lanes on Washington Avenue. And we have so much more coming soon to continue to grow bicycling in our city for everyone who wants to ride.

And we're just getting started. I invite you to join us as we continue to work to make biking even better in Minneapolis. Together we can make Minneapolis a city where bicycling is encouraged and everyone feels comfortable riding. Your membership or additional donation plays a big role in providing us with the resources we need to continue that work.

Thank you for all that you do,