Every December the Coalition spends countless hours to prepare for an epic postcard delivery to City Council Members before the year’s end. The postcard delivery is the culmination of advocacy work done by volunteers and staff throughout the year. The postcards are signed by folks who wish to see more protected bikeways in Minneapolis, and thousands of postcards come in.

The daunting task of sorting these thousands of postcards by ward begins at the end of November! This year, we hosted two volunteer nights where folks could come, help sort, and pick out memorable quotes from the postcards to send to City Council Members. Many meticulous hours later, with the help of volunteers and staff, all of the postcards were sorted and ready for delivery!

Volunteers who worked hard to engage and get supportive signatures at outreach events and Pop-Up Protected Bikeways were asked to deliver to their own City Council Member, a unique opportunity to connect with their Council Member and express how important safe bicycle infrastructure is to them and the other constituents in their ward. 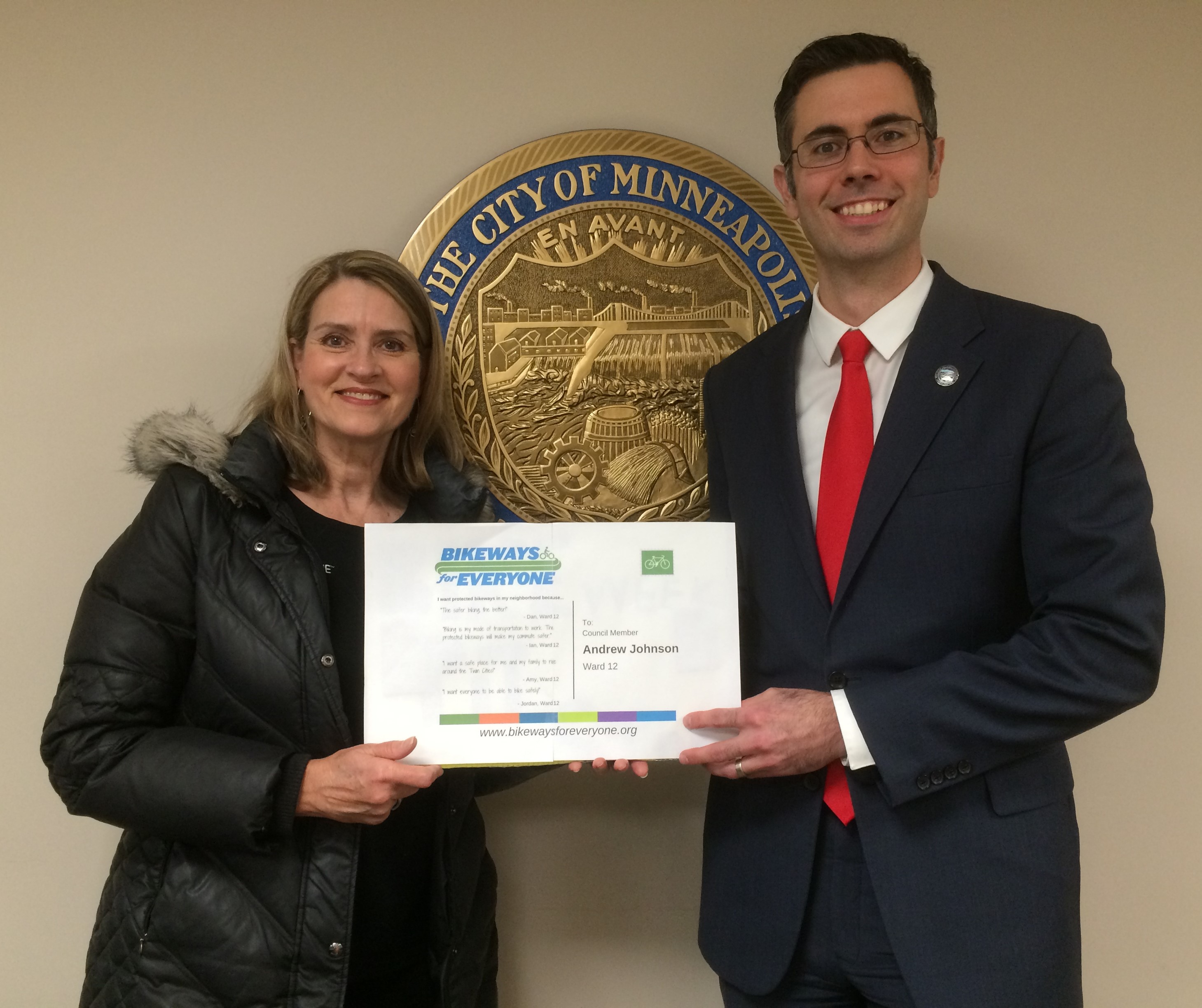 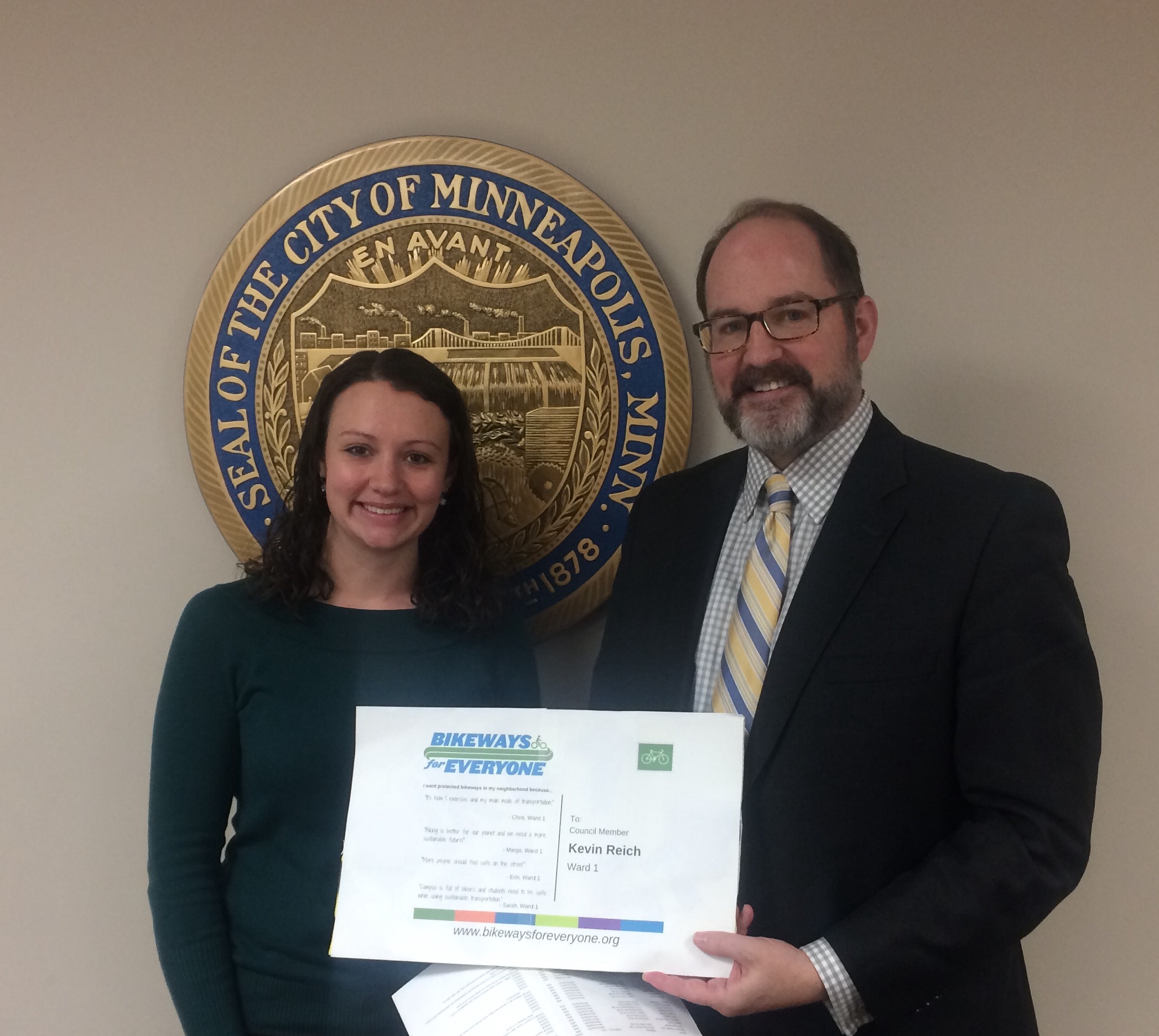 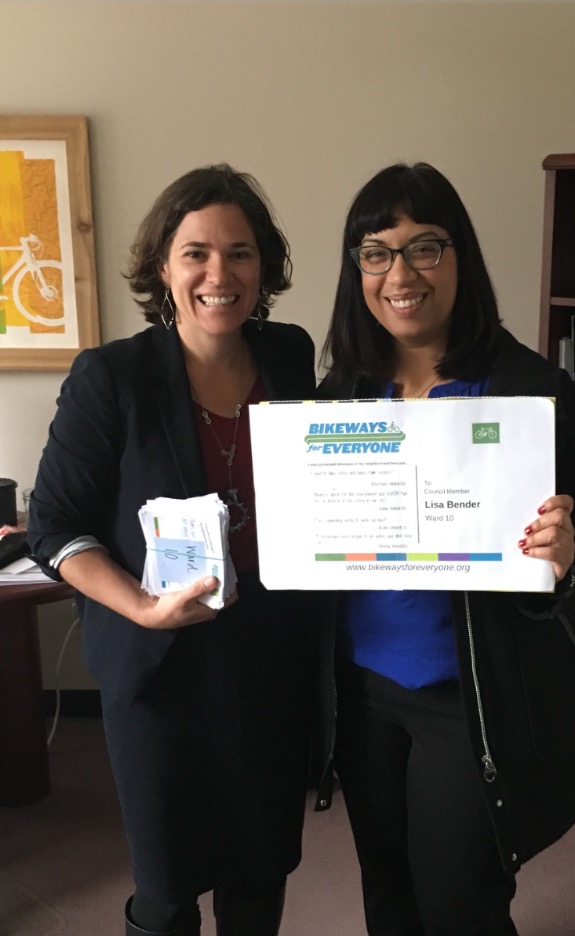 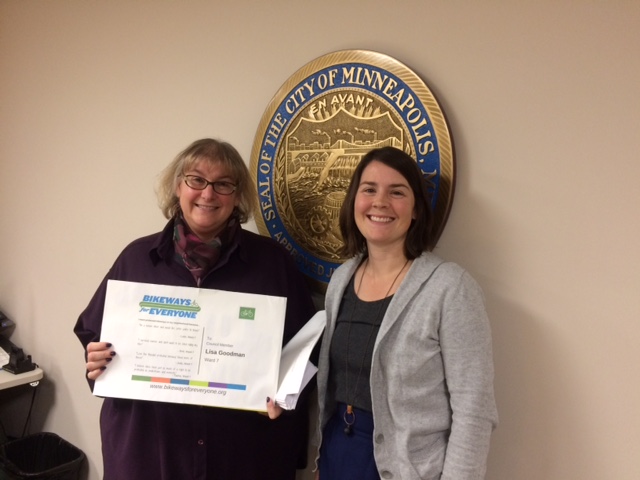 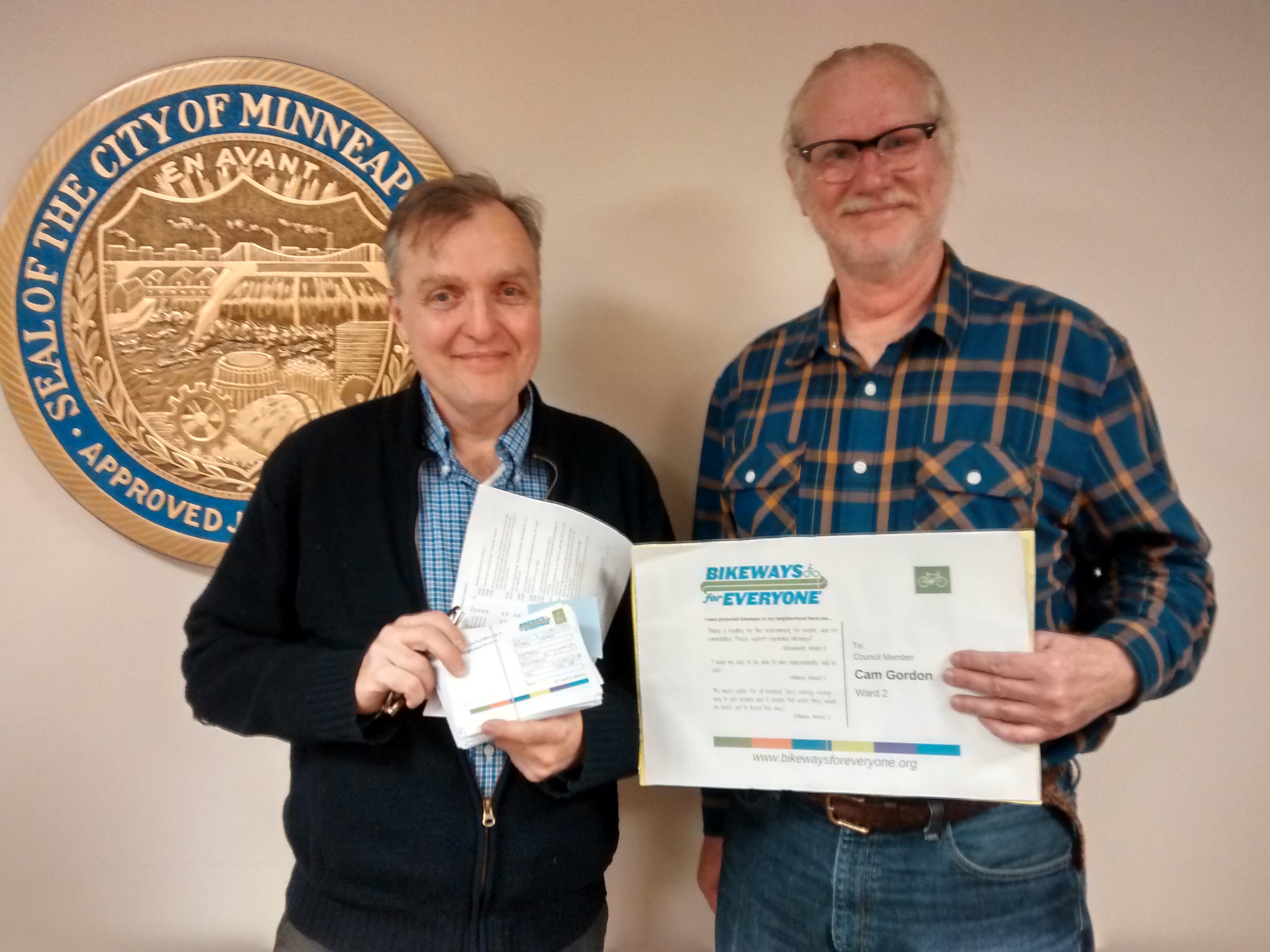 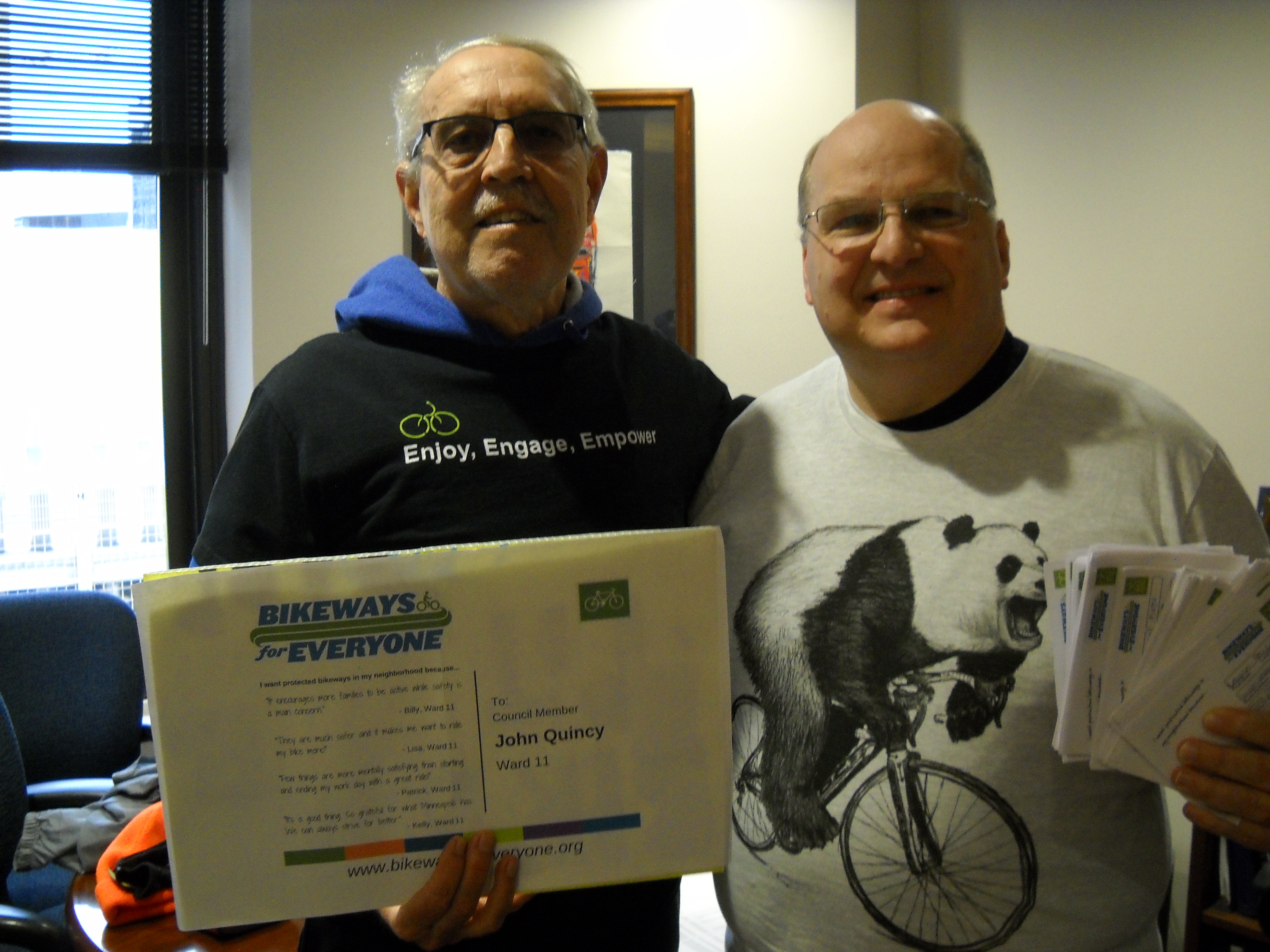 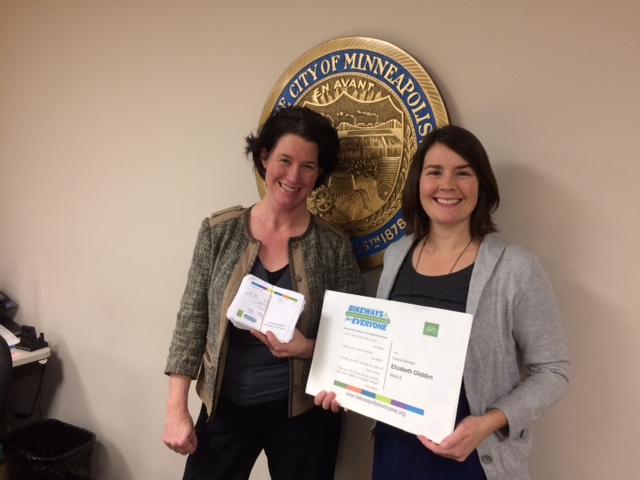 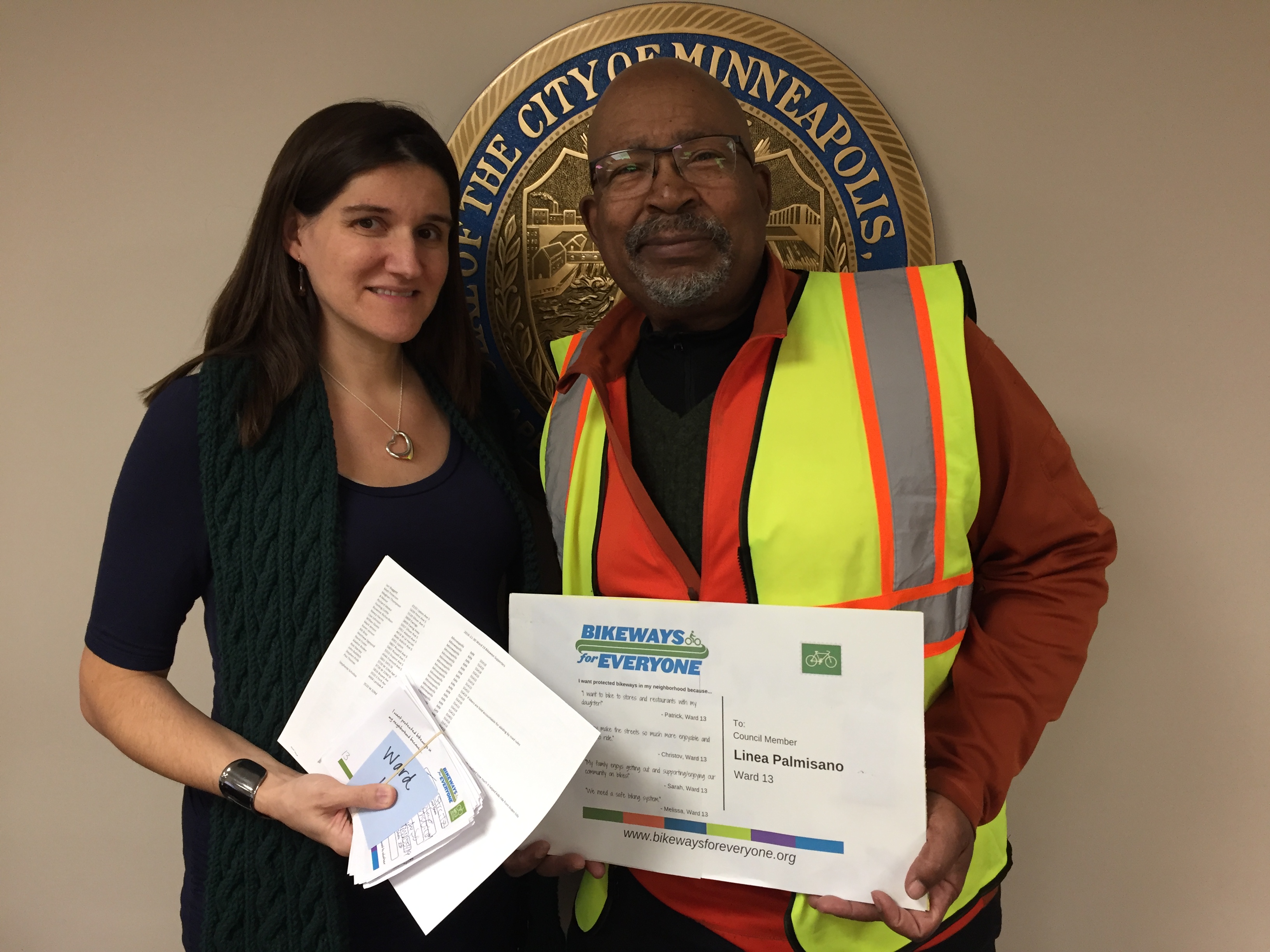 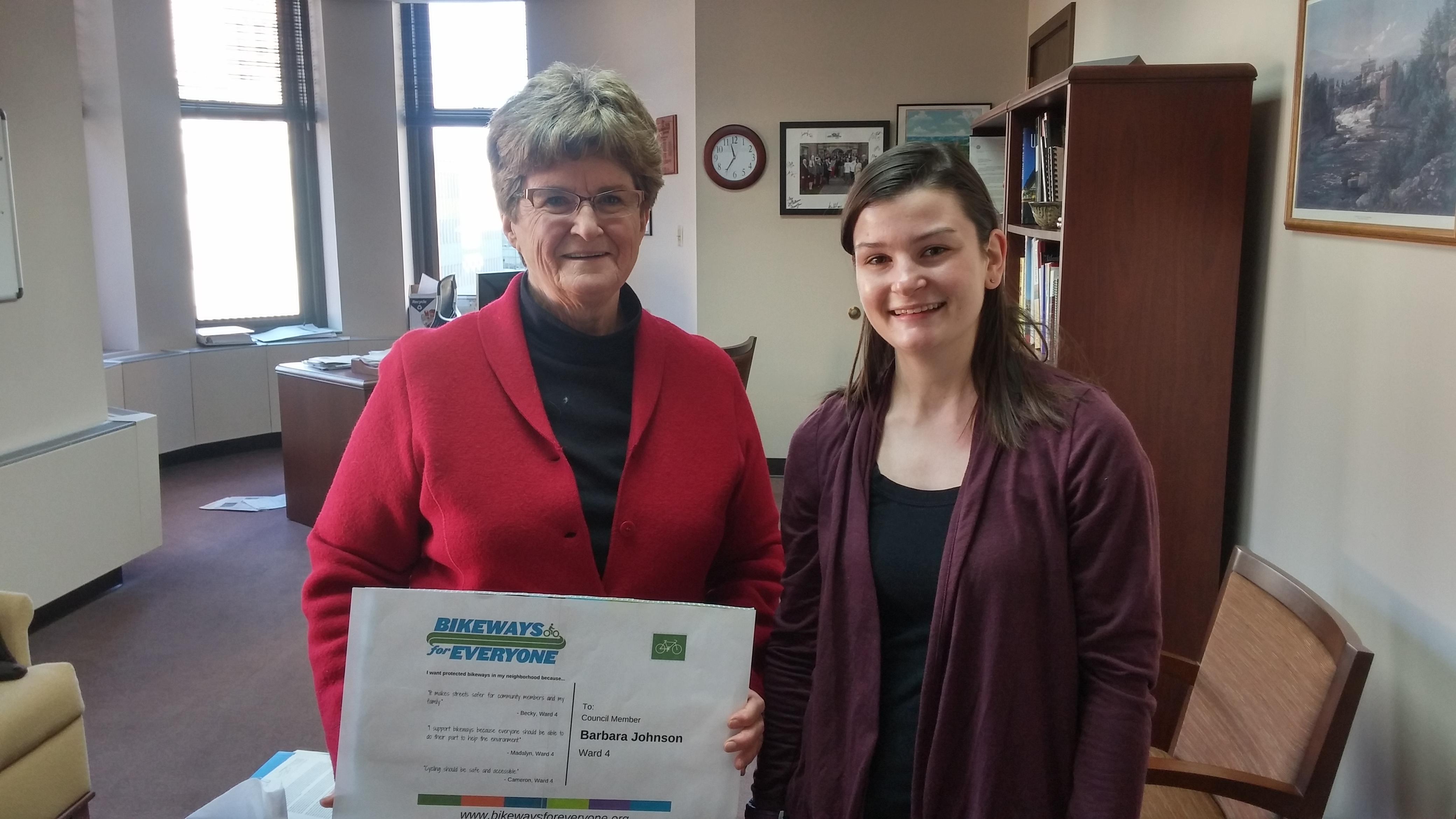 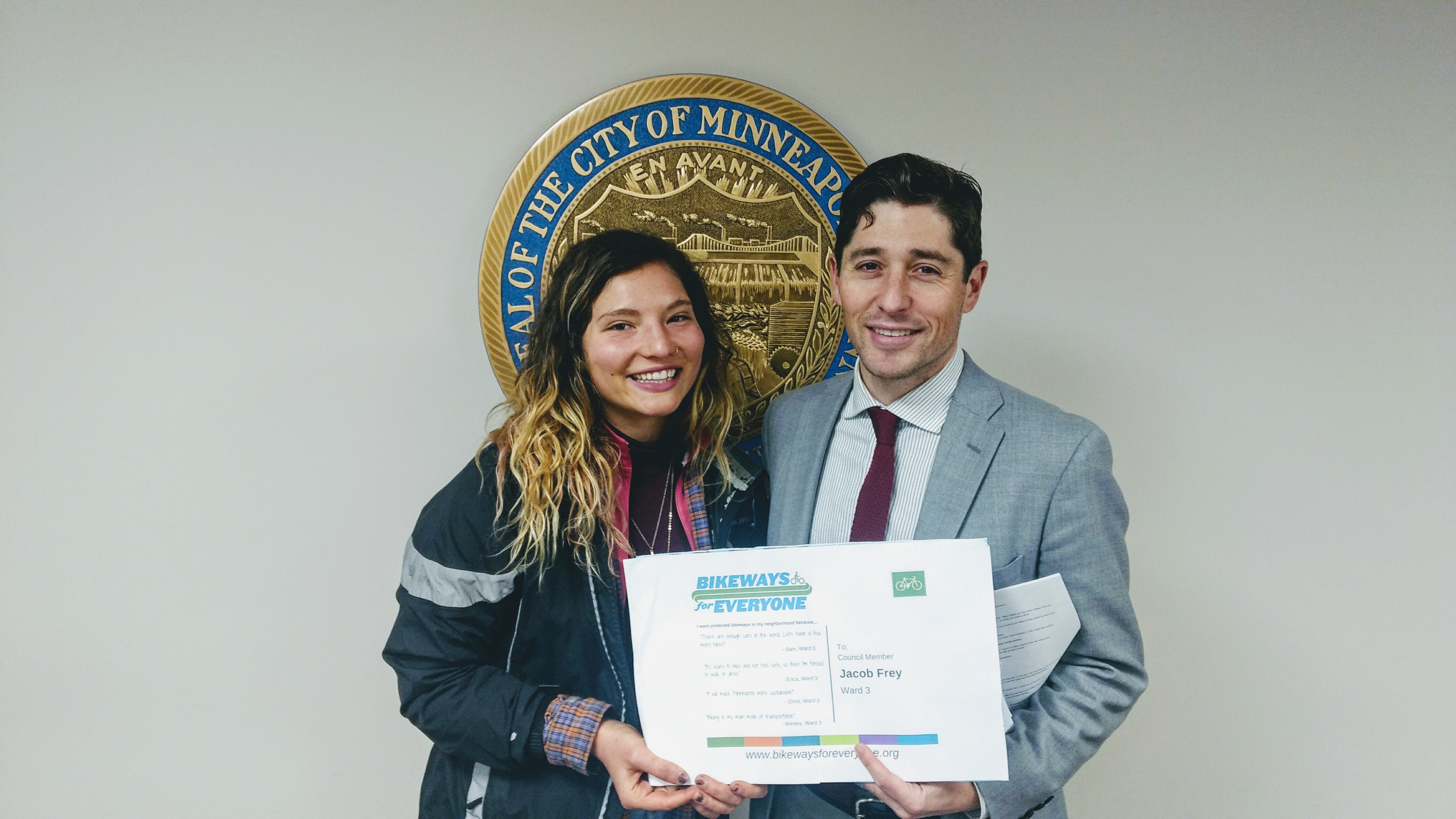 Thank you to all of the volunteers who made the sorting and delivery possible, all the folks who signed postcards to support protected bikeways, and the volunteers and staff who spent countless hours collecting the signatures! Because of you, biking in Minneapolis will continue to become better and safer every year.