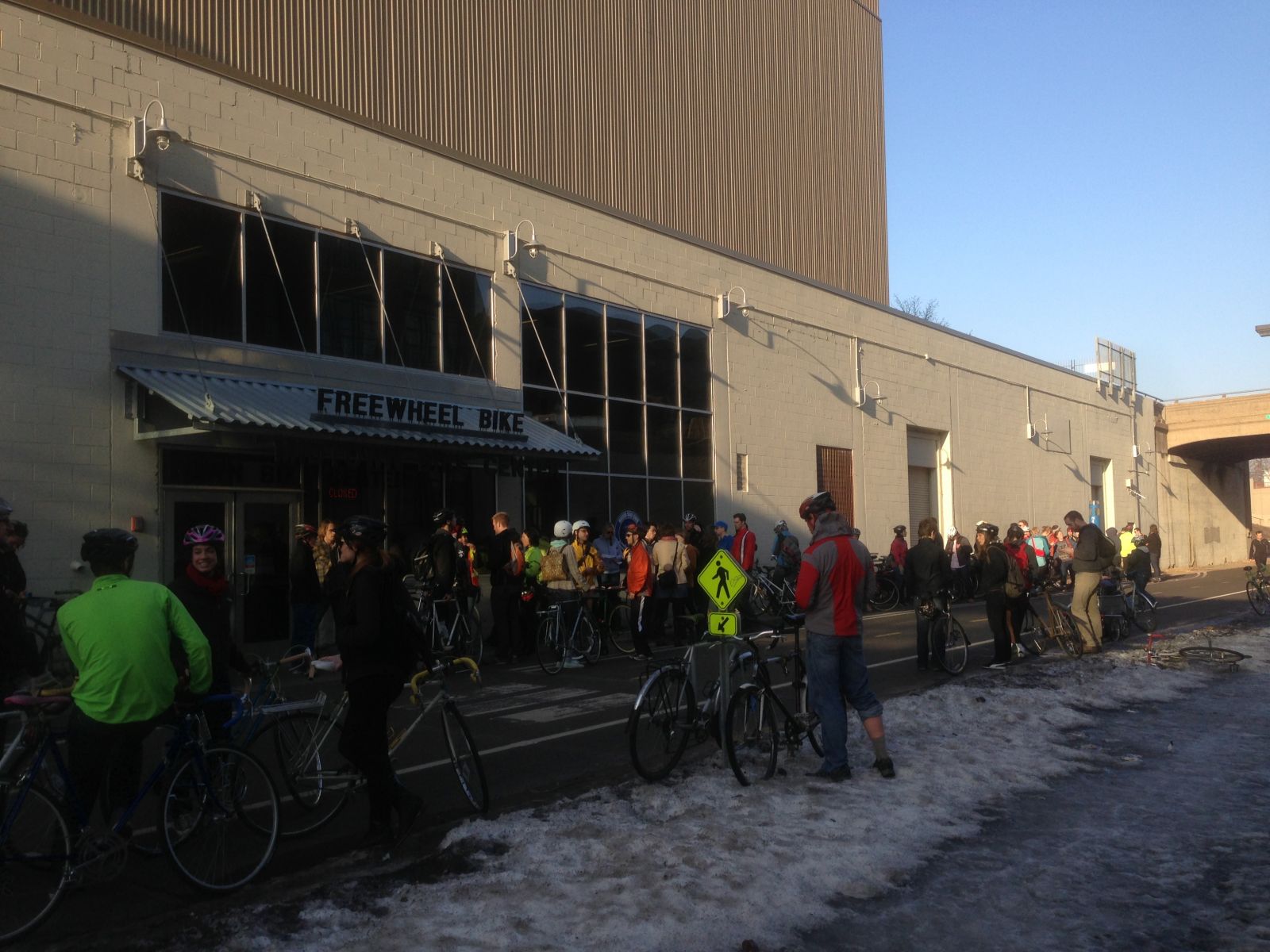 hour-like traffic on a Saturday at 6:30 pm, and even more unusual to see people happy to be crawling along on the road. But that’s just what happened last Saturday at the Minneapolis Bicycle Coalition’s Joy Ride--Bikes to Brewvies--which brought out more than 100 bicyclists who gave new meaning to what it is to joy ride.

For me, there was nothing better than traversing slowly across Minneapolis with the warm sun on my shoulders and friends who care greatly about biking in our city. Riding on Park Avenue to get to our first stop at Fulton Brewery in the bike lanes the coalition helped make possible was just icing on the cake! And, of course, we visited some very cool breweries with bike-related movies. Highlights for me included:

at Dangerous Man Brewing Company along the way, but didn’t make it in because they were at capacity.

A BIG thanks to all who were involved in making this Joy Ride a success!

What were some of the highlights for you?