The Engineering Subcommittee of the Minneapolis Bicycle Advisory Council (BAC) met in a new location to the Colonial Warehouse Building at 212 3rd Ave N, Suite 404. They will no longer meet at the Crown Roller Mill Building, although the time will still be from 4 p.m. to 6 p.m. each third Tuesday of the month.

Third Avenue North just outside the new meeting location is sporting a new parklet that members perused before the meeting.

September's meeting (on the 16th) was an information-heavy one.

Second, they discussed a project on 38th Street East from Hiawatha Avenue to Minnehaha Avenue.

Lastly, Hennepin County Enginner Jim Grube and Jeni Hager from Minneapolis Public Works detailed the I-35 Access Project which includes to re-dos to the I-35 bridges on Franklin, 24th, 26th and 28th Streets. The plan also calls for a Lake Street Greenway Crescent to connect bicyclists to 31st Street (where the Bike Master Plan calls for a bike facility.) 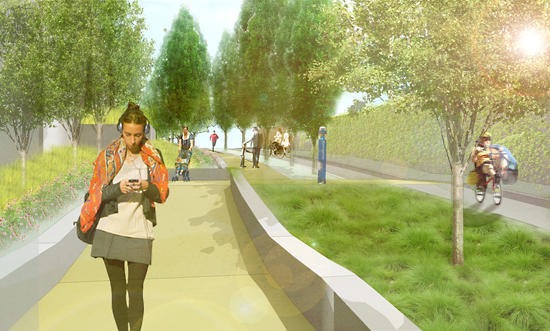 This rendering shows the "Green Crescent" which with its bike and pedestrian paths will connect the Midtown Greenway to Lake Street.

For bicyclists, the I-35 Access project should mean not only new surfaces on the four bridges, but also designs that would be compatible for proposed protected bike lanes on Franklin, 26th Street and 28th Street. Moreover, the pedestrian bridge over I-35 at 24th is getting a remake. The cage is coming down and ramps are planned to have gradual switchbacks to make the bridge more handicap accessible. Plus, the Green Crescent would provide better access between the Midtown Greenway and points south near I-35. 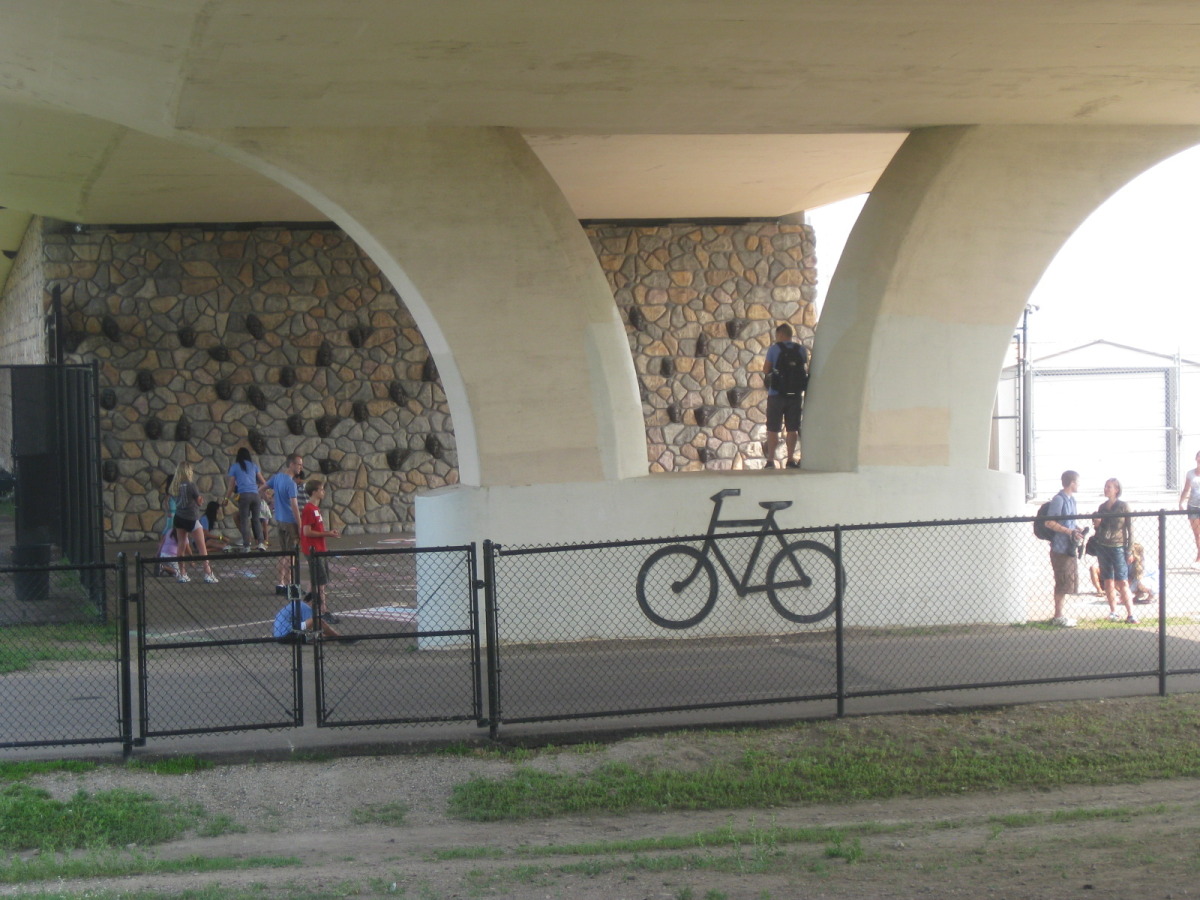 The I-35 underpass is not one of the Midtown Greenway's most welcoming spaces. The "Green Crescent" could change that.

The Engineering Subcommittee passed a motion in support of the concepts on the four bridges and the Greenway Crescent.