Another Greenway for Minneapolis?

Another Greenway may seem like a dream, however we have taken one step towards exploring this concept. As a result of some grant funding the Minneapolis Bicycle Coalition has received from the Local Initiatives Support Corporation (LISC), we are forming the Southside Greenway Exploratory Committee, which held its first meeting on Monday the 29th of June.

What is a Greenway, and what could a Southside Greenway look like? 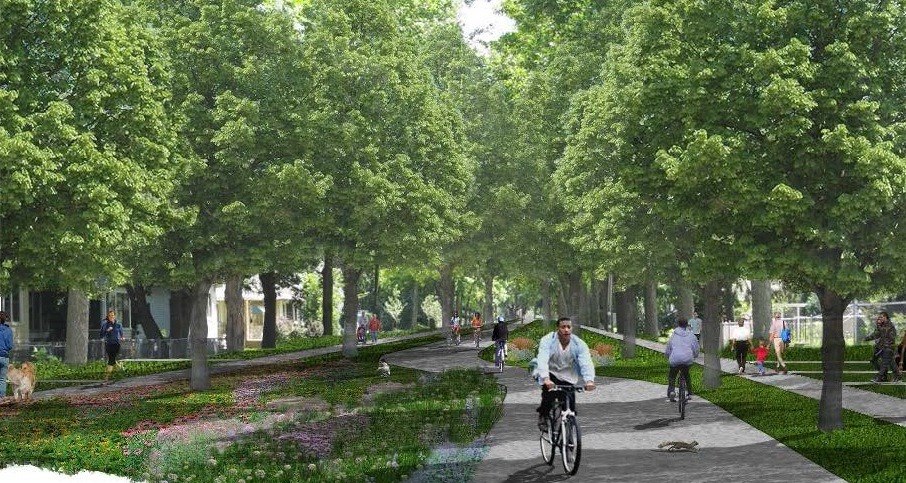 What is the role of the Coalition in this greenway exploratory process?

As it stands the Coalition will be working with the newly formed committee in a supportive role. This Committee is meant to represent the residents and businesses that will be surrounding a potential greenway and we are working with them to do some outreach into the community to determine whether they feel the greenway concept is a good idea. The Coalition will be administering grant funds to help collect information and gather supplies.

Who is on the Committee?

The Committee is comprised of representatives of various invited groups along the route of the proposed greenway concept. Every neighborhood group along the route has been invited, as well as related businesses, and cultural and community organizations such as:

The Exploratory Committee has just begun the process of looking into the many available options for the Southside Greenway. There is currently no official plan that has been specified. The committee would like to look at all the options and allow as much community feedback as possible before moving forward. The possible greenway would run from around the Gold Medal Park, passing Powderhorn Park and ending around Diamond Lake. The exact route is still being developed. The Committee will use surveys to gauge the needs, excitement, and interest of the communities that the Southside Greenway be part of. The North Minneapolis Greenway Project, while still in the outreach and concept stages, has taught us a lot about how to begin this process, and what needs to be included when surveying the community.
This meeting is the beginning of a long process to creating and implementing an idea and turning it into a reality, if the community enthusiastically supports the concept. We look forward to the work and the process ahead and we will keep you updated as we learn more from our initial outreach.

Our current plans are to work on community outreach and data collection until September of this year, when we will hopefully have enough input to to begin to move forward and possibly consider making additional decisions about planning, should the survey results be positive.