Over the past year we’ve joined together with local residents and groups like Safe Streets Save Lives to call for change on Lyndale Ave S. Today we are renewing this call & we urge you to join us.

A 4-3 conversion will use paint to change the layout of the street from four lanes to three lanes. Rather than having two lanes in each direction, Lyndale Ave S would have one lane in each direction with a center turn lane.

Right now, Lyndale Ave S is a four lane undivided street. This layout has two travel lanes in each direction, without a barrier or median between them. This is a layout that is most likely to have concentrations of severe and fatal crashes (check out the Vision Zero Crash Study to learn more). Unfortunately, we’ve seen this pattern to be true in Minneapolis.

Lyndale Ave S is part of the high injury crash network in Minneapolis--a small number of streets that account for the majority of dangerous crashes in our city. Four of the top 25 intersections with the most vehicle crashes are on Lyndale Ave S.

Lyndale Ave S is one of many Hennepin County-owned streets in the high injury crash network. This is why we’ve joined together with local partners to launch County Streets for People: a community-centered movement to make County streets places that put people first.

Last fall local leaders held a listening session to hear directly from people who use Lyndale Ave S. While community members called for big change on the street, Hennepin County responded with plastic bollards. This is not what the community asked for. Since these plastic bollards were installed, crashes have continued on Lyndale Ave S and the local community continues to call for change.

We cannot wait any longer and continue to put lives at risk. Hennepin County must act today.

What can I do?

Join us as we call for Hennepin County to carry out a 4-3 lane conversion on Lyndale Ave S immediately.

4-3 lane conversions have been found to reduce crashes up to 47 percent. They reduce vehicle speeds and reduce vehicle, bicycle and pedestrian conflicts. They allow for smoother and calmer traffic flow.

A 4-3 conversion can be carried out quickly and at a very low cost. This has been proven to be an effective and efficient safety treatment.

Contact your Hennepin County Commissioner and ask them to direct staff at Hennepin County Public Works to carry out a 4-3 conversion on Lyndale Ave S immediately. Find out who represents you by using the map below or this district locator. 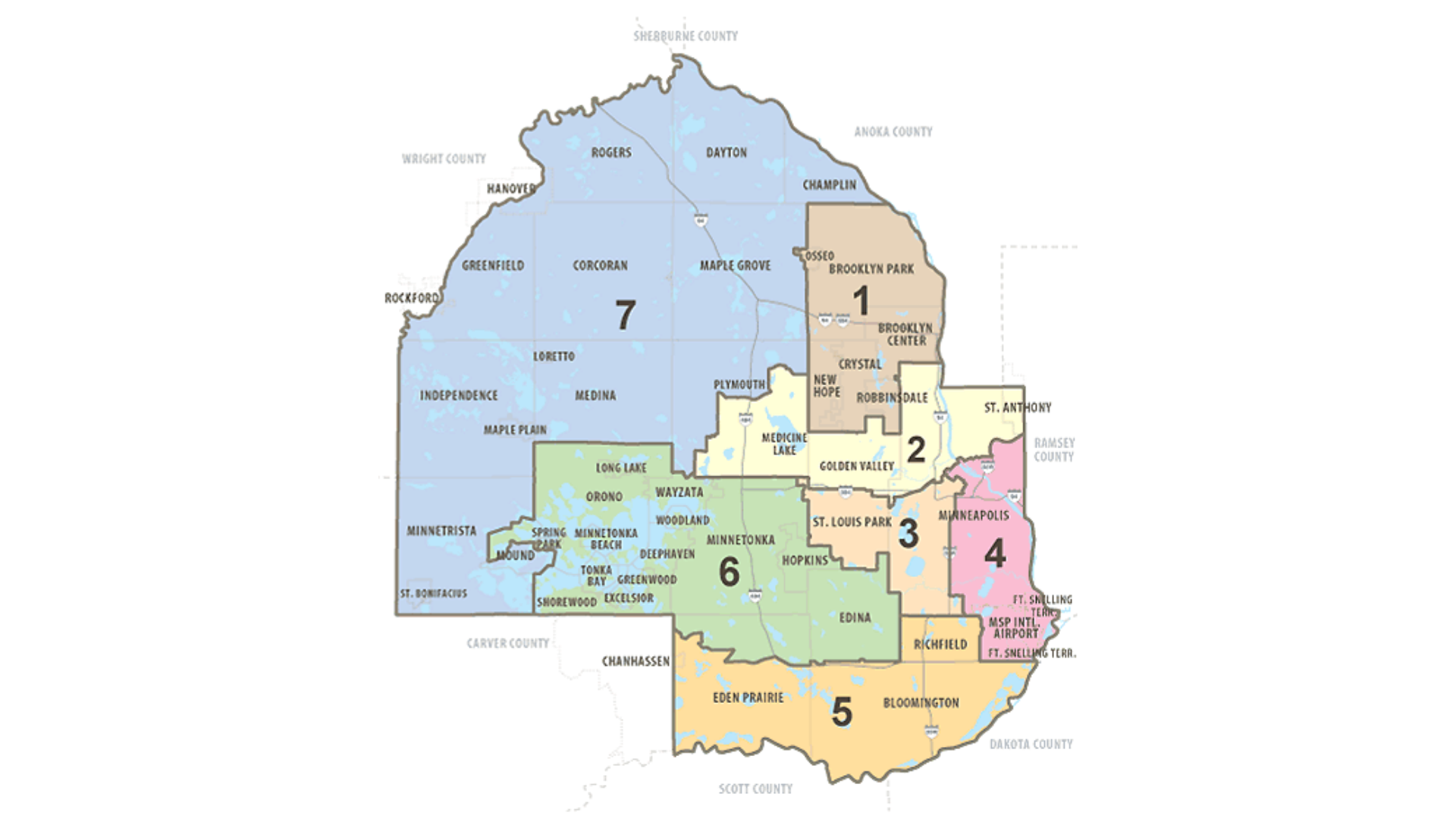 Suggestions for your message to your Commissioner:

Thank you for taking action! Our movement for better streets is strong because of people like you.

Would you like to help us spread the word? Share this action alert on our social media! You can also print out the flyer below and hang it around your neighborhood. 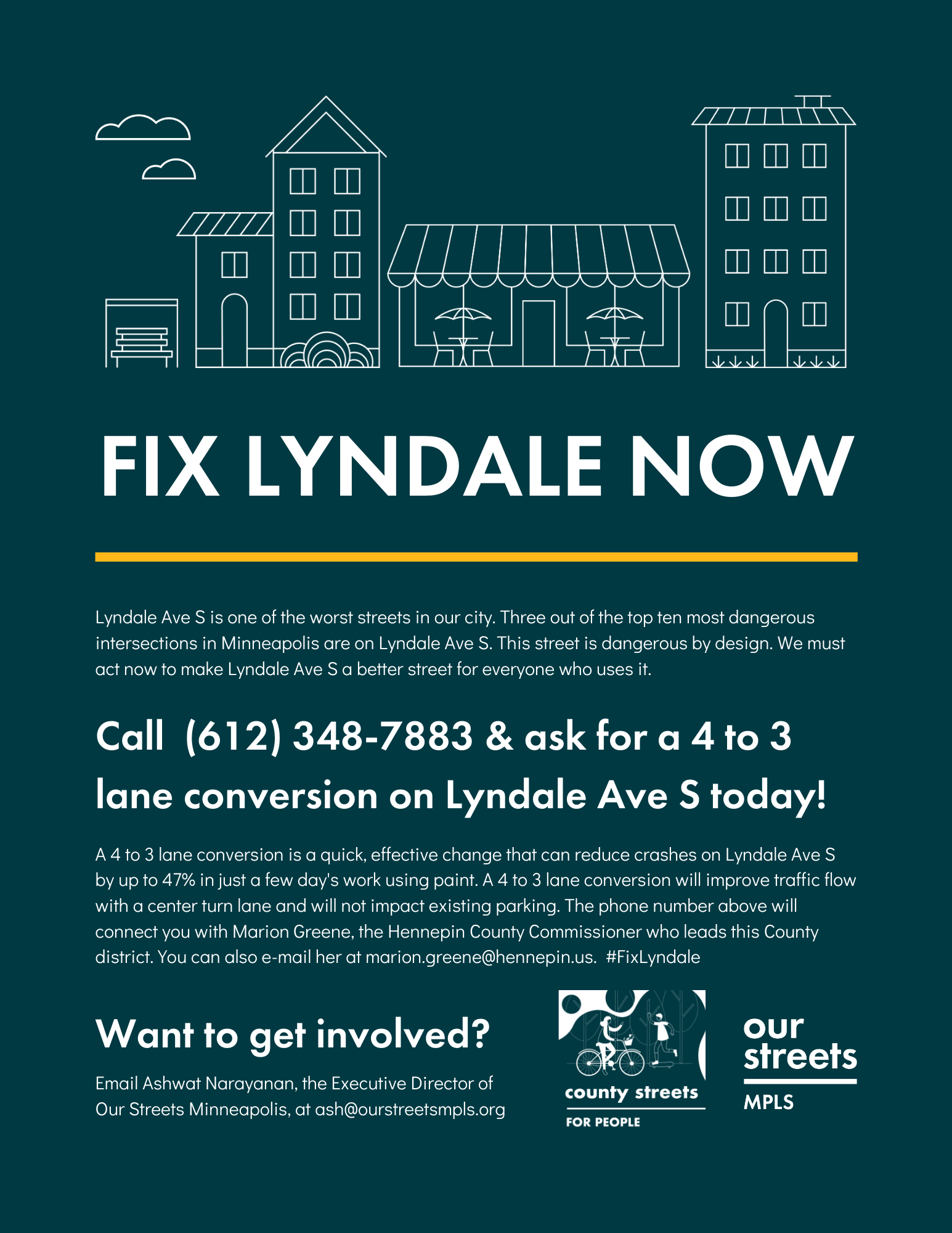