On May 6, we celebrated Women and Gender Non-conforming riders with a themed day of fun events as part of Minneapolis Bike Month.

Why is it important to create spaces and events for Women and Gender Non-conforming riders?

Minneapolis Bike Month is specifically geared toward encouraging new ridership. The Minneapolis Bicycle Coalition is committed to creating safer spaces to people of all genders. Based on counts that recognize "men" and "women," we know that out of all of the people who ride their bikes in Minneapolis, about 41% are women. (Even though there is a gender gap between men and women who bike, the national average is only 24% of women!)

Something about biking is not as accessible to women, and non-binary folks aren't even counted. That said, we really wanted to have a whole day of events focused on women and gender non-conforming folks.

How do we support Women and Gender Non-conforming riders?

Leading up to WGNC day of Minneapolis Bike Month, we asked you what was a barrier for you getting on your bike. We got great feedback! You told us that you don't bike because

So we worked hard to address some of those things! We worked to support more women and gender non-conforming folks in riding bikes by

We are so lucky to have partnered with Perennial Cycle. They have a pastry ride every Saturday in April, and we convinced them to do one more with us! We rode to Powderhorn Park and ate some donuts together. At the end of the ride we did a fix a flat demonstration while listening to Rhianna.  Fantastic! 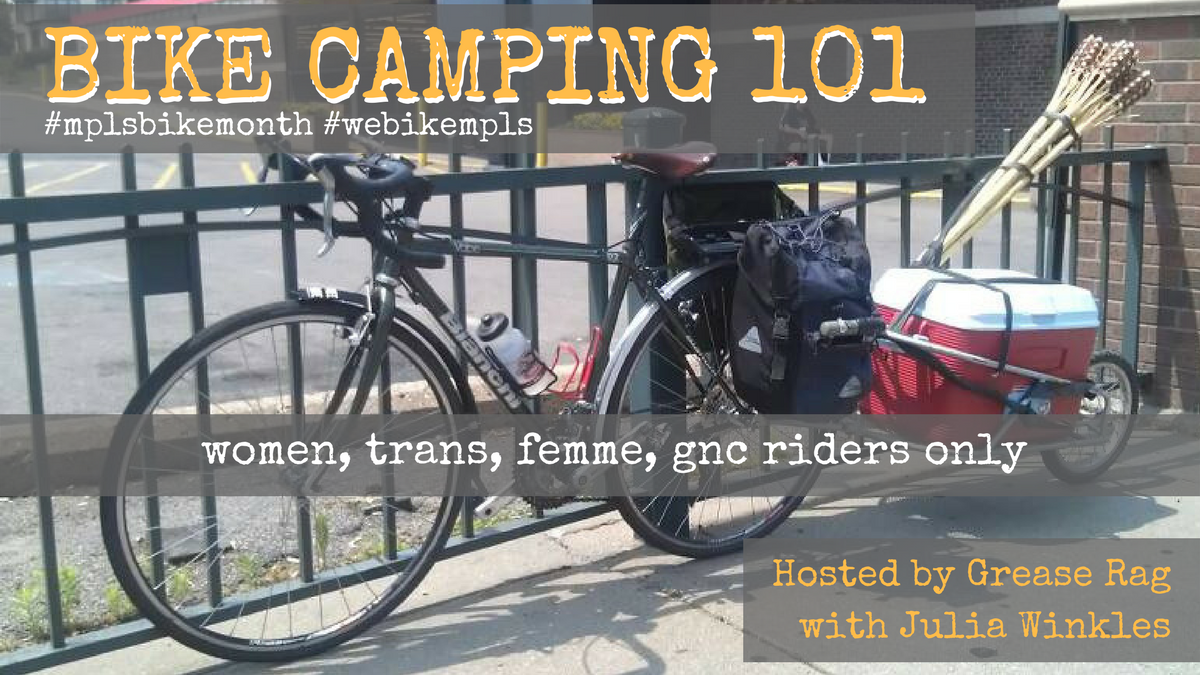 Grease Rag is a group of WTF (women, trans, femme) folks who bike together. Julia is a volunteer organizer with Grease Rag, and has biked around Minnesota, around the country, and through parts of Thailand. She was a great facilitator of conversation as she asked us for our experiences, and showed off all the things she carries, and how she packs them on the bike. We had fun prizes like a tent, and a fancy down sleeping bag!

Grease Rag leads beginning bike camping trips, where we all support each other with gear and know-how. It's perfect for people new to bike camping! If you are a WTF and interested, contact [email protected]

Fix It with Shae

Shae Turner works at Venture North Bikes and lead an intro to mechanics class. The group stayed past the end of the time allotted because they were having such a good time! Fixing a flat, and doing ABC checks are really accessible skills that can help you feel more confident and independent, which is one of the greatest things about biking! 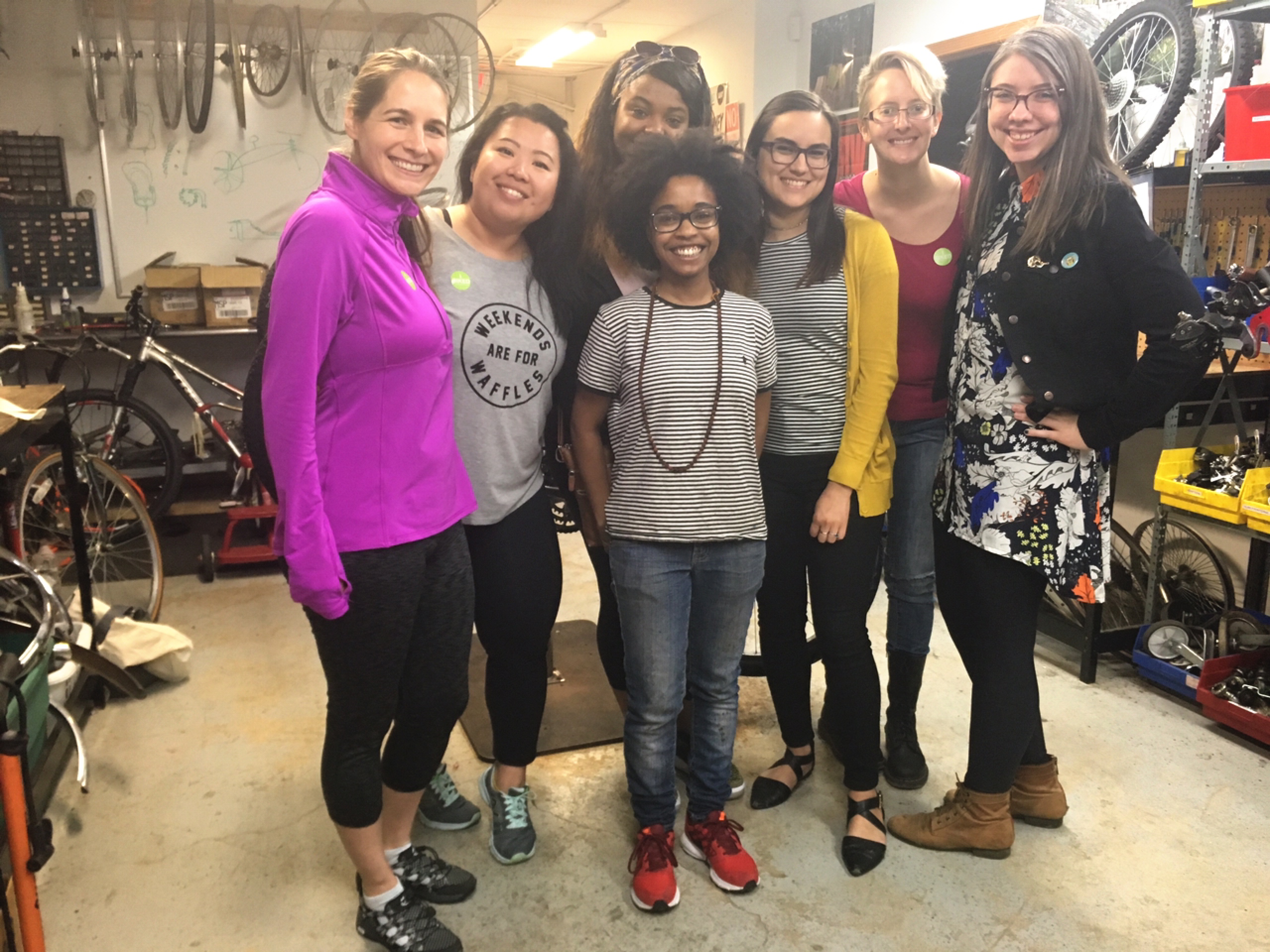 Thanks for riding with us!

We hope you enjoyed this year's WGNC Day of Minneapolis Bike Month. Do you have ideas for next year? Let us know!