Voices of the Downtown/Whittier Connection: Naomi

The Downtown Bikeways work group has been talking to people that live, work, go to school, eat, or recreate along the corridor that connects downtown with Loring Heights, Stevens Square, Whittier, and neighborhoods to the south. One person that we spoke with is Naomi Z., who used to commute along the corridor. This interview has been edited and condensed for clarity. 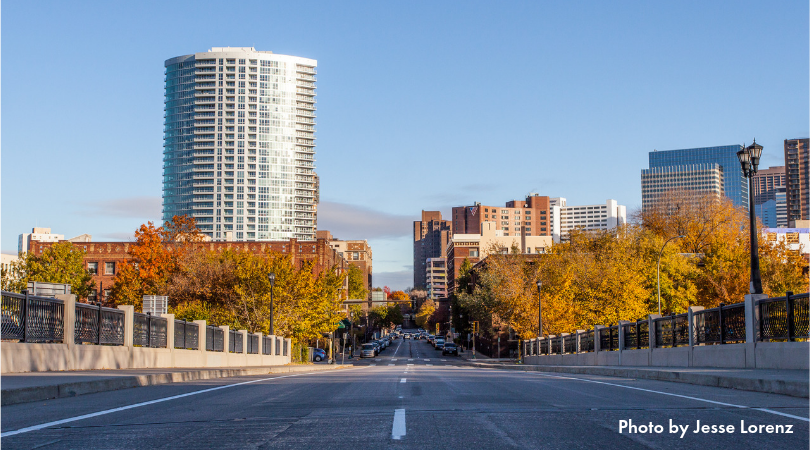 What is your connection to the LaSalle-Blaisdell corridor?

How did you travel along this corridor?

Bus, bike and car. My order of preference is bike, then bus, then car, if necessary. I’ve even walked once when there was a terrible snowstorm and the buses just weren’t coming, so I ended up walking from school to work.

What kind of troubles have you run into when riding on the corridor?

Construction debris in the bike lane quite often. Also, a lot of people getting in to their cars on 1st during the morning, so I’d have to go out in to traffic, and there’s a lot of traffic on 1st, and I just didn’t love that feeling. The [timing of the] light [at 1st and] Franklin was tricky as a cyclist. I never took Blaisdell. Getting out of downtown there are a lot of lights, and it always felt like I was just sitting at red lights

What are your thoughts about car traffic on this corridor?

I feel like there is a lot of reckless driving on Nicollet and fast traffic on 1st during rush hour. There’s just so much traffic. It’s difficult to get on to 1st from the Midtown Greenway during rush hour because there’s constant traffic. None of it’s pleasant. 3rd Ave is somewhat pleasant. It’s not convenient [to Nicollet] though.

What is it like to bike on this corridor?

Nicollet is scary, so I don’t do it if I don’t have to. 1st during rush hour is not fun because it’s so narrow and there’s so much traffic.

Are there good examples in the city where you feel safe biking?

The greenway feels safe to bike on. I don’t ride it at night though.

What would you say to your City Council Member about this corridor?

They do need to figure something out to make the Blaisdell and Nicollet corridor safer and so if there was a way to reduce driving traffic to make it safer for bikers, I think that would be good.

If you would like to share your support for a safe, protected bikeway that will connect downtown with Loring Heights, Stevens Square, Whittier, and neighborhoods to the south, please fill out this digital postcard.

If you'd like to be featured in an interview about this corridor, or if you'd like to help the Downtown Bikeways work group advocate for protected bike lanes, please contact us.