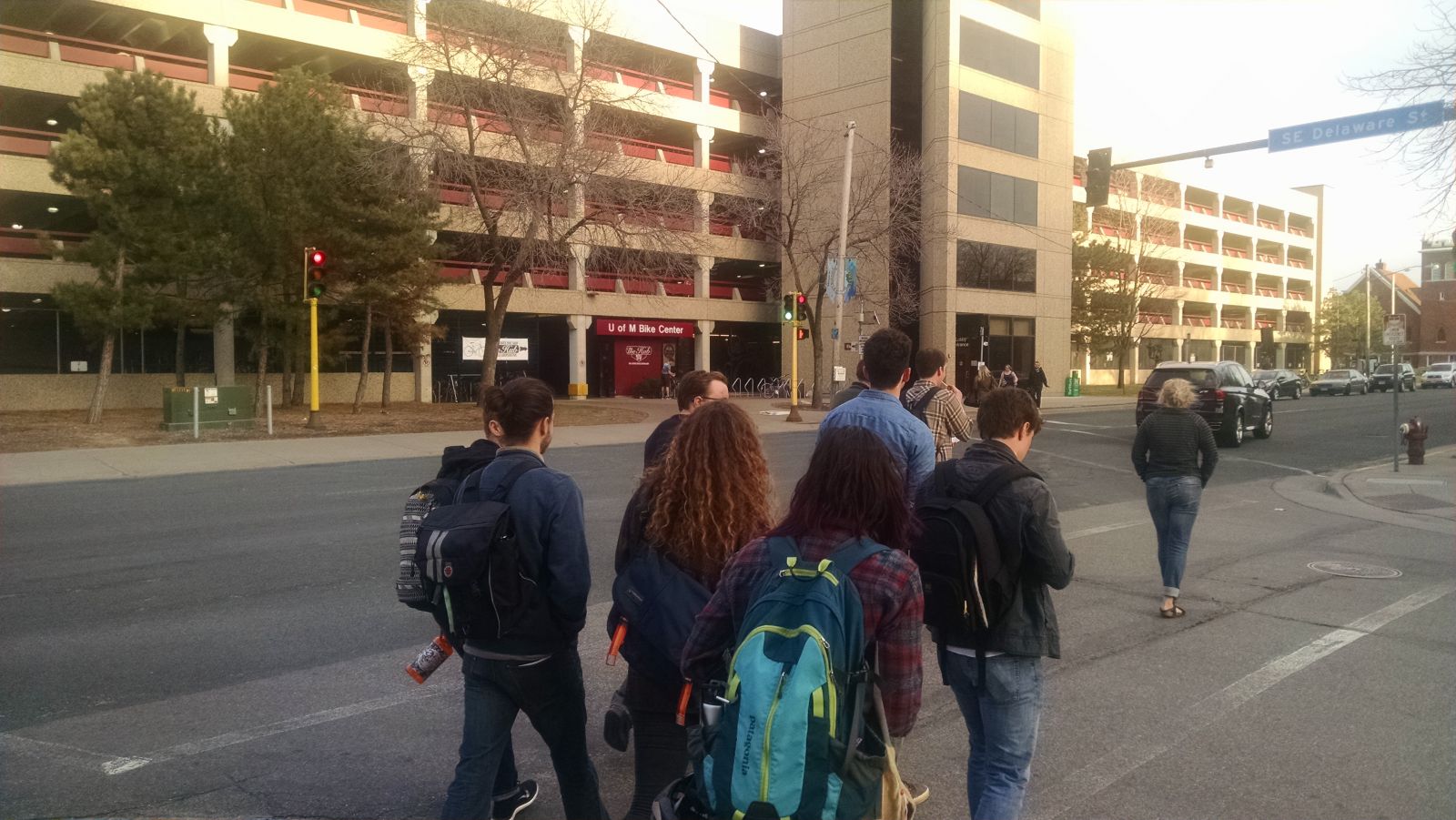 The second meeting of the UMN Bikeways workgroup occurred on Thursday, April 2nd.

The major focus of the meeting was the Oak St SE protected bikeway. In the section of Oak St SE between East River Parkway and Washington Ave SE,  Minneapolis Public Works is planning to install a two-way protected bikeway during 2015. On Monday, April 13th there will be an open house to gather input on this project.

Please attend this open house to support this project and give feedback about the design.  This project includes parking impacts, and there are many things to consider about complicated intersection design, so it is very important that we turn out to events in support of protected bikeways.  Feel free to RSVP to this open house and I will be sure to have enough bike pins for us all! 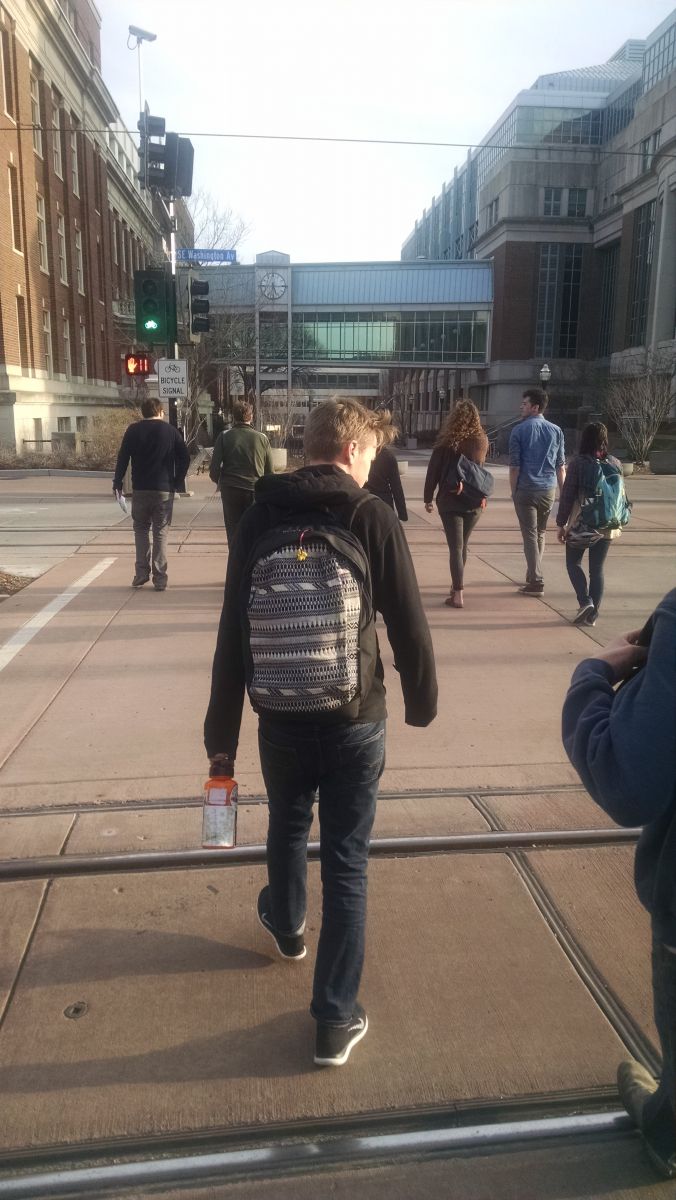 In anticipation of this upcoming event for an exciting project, the UMN Bikeways group incorporated a walking tour of this section of Oak St SE into the meeting. This allowed attendees to see how the bikeway will effectively adapt to various characteristics of each block. This excursion gave students and community members an opportunity to synthesize details about the bikeway with their own first-hand knowledge of the street. This will enable them to attend the open house with an informed knowledge base, and participate constructively in this opportunity to publicly engage in an exciting project which could greatly improve both connectivity and safety for bicycling around campus.

Ideas and Lessons for Dinkytown Bikeways

At our meeting we also discussed ideas and lessons around Dinkytown bikeways.  The 4th st bike lane was discussed in the context of viewing bikeway advocacy in a broader lens of regions and networks-in a way which encourages looking out for the health of a place as a whole, both to the benefit of connectivity and safety of bike networks and in support of other networks, business, and interests to which they have connections. Discussion of a connection between the Dinkytown greenway and Dinkytown itself highlighted the importance of timing, funding, and dialogue.

Reporter Brian Edwards and photographer James Healy came to our meeting and highlighted the partnership between  MPIRG and the Minneapolis Bicycle Coalition in this article.

The group is a collaboration between members of the Minneapolis Bicycle Coalition and the Minneapolis Public Interest Research Group. It aims to formulate plans for improving campus-area infrastructure and raise people’s awareness of bicyclists’ issues.

“Our goal is to have bike infrastructure that works for students and connects them to the rest of the city,” said Daniel Lubben, an urban studies junior and co-leader of the group.

He said the group is focusing on several bike projects that city officials are pushing forward in the coming years, including the Oak Street Southeast Bikeway — a city-funded project that will begin construction this year. The project will create a bike path along the west side of the street. According to a city report, the road carries more than 1,100 bicyclists a day.

Photo by James Healy for the Minnesota Daily

Join us for our next monthly meeting, May 7th!

Email laura at mplsbike.org for updates and meeting reminders.