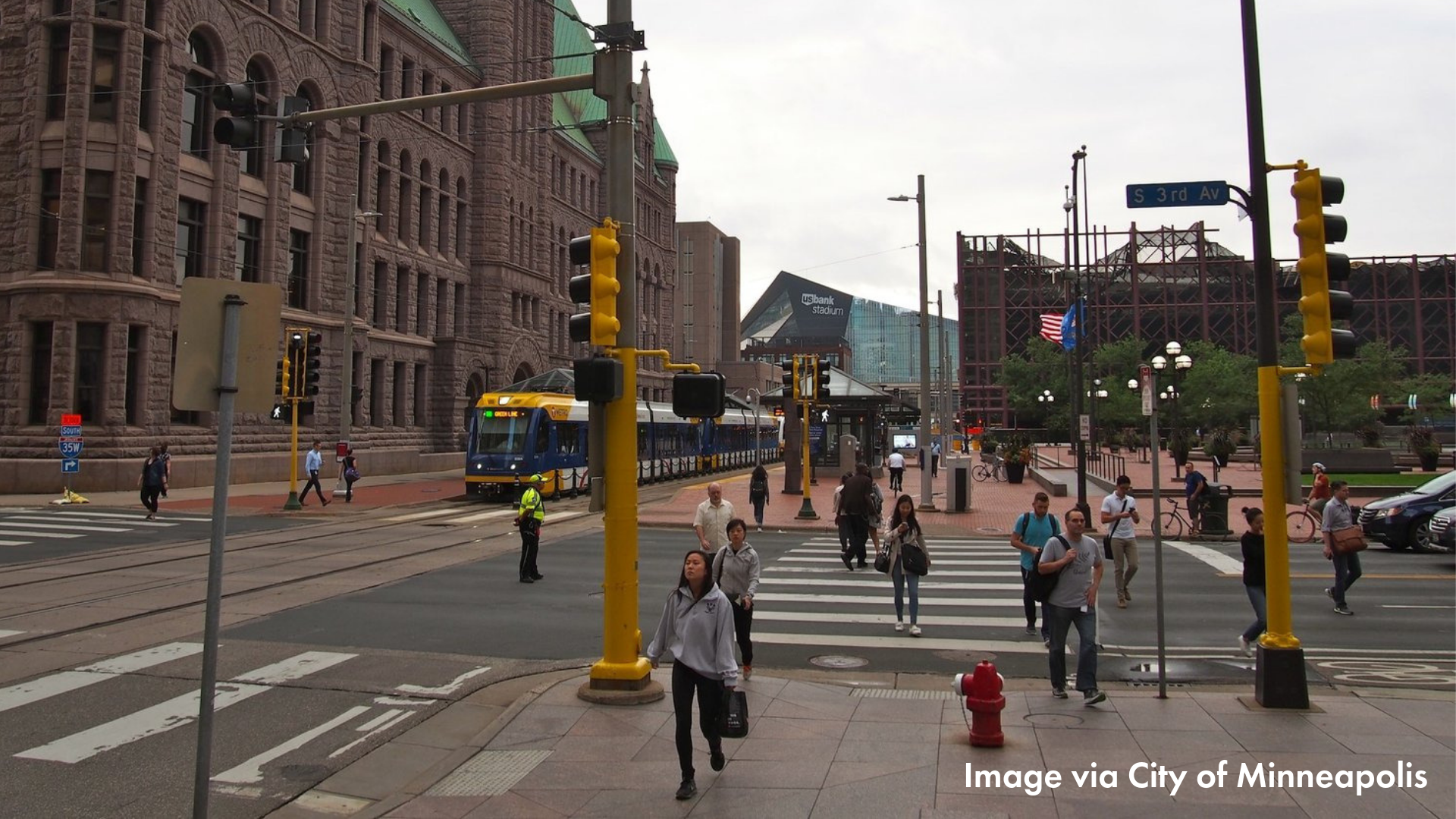 A few weeks ago we wrote a blog post about traffic enforcement in Minneapolis. We explained why we don’t think it's a good strategy to make streets better places to walk, bike and roll.

Since then we’ve heard from many of you. Many of you supported our position, while others disagreed. We thought we’d address some of the questions we heard in the community and on social media.

Here are three common questions folks asked, and our responses to them:

Laws must be followed. Aren’t you encouraging lawlessness by taking this stance?

Our laws are not applied equally. As we pointed out, traffic enforcement targets and harms people of color more than white people. This makes our law enforcement unjust.

Increasing law enforcement means increasing the likelihood of contact with police. This puts the lives of our friends, family, coworkers and neighbors of color at greater risk.

Increasing enforcement does not increase justice in our community. So we do not support it.

We often hear calls for automated “spot fixes”. This usually means installing red light cameras where the most crashes happen. This is discriminatory too.

Minneapolis had decades of racist policies like segregation and redlining. These policies concentrated folks of color into neighborhoods that lack infrastructure investments like well designed streets.  When streets aren’t designed well, more crashes occur on them. This means that high crash areas are places where folks who are already marginalized live. Streets in these communities don’t have adequate walking and biking infrastructure. They have high rates of pollution from car-exhaust. They tend to be high-speed corridors that connect cars to other destinations. And they tend to be heavily policed already.

Red-light camera tickets are also worse for those who already struggle to afford food, shelter, and healthcare. These folks are disproportionately people of color. It may mean that people  who can’t afford to pay their ticket could have their license taken away. Without adequate transit service and bike and walk infrastructure, losing their license could leave them without transportation to work. It may mean prison if they have other low-level convictions. It may mean losing the ability to make rent or pay a mortgage.

Implementing red light cameras can have also more chilling consequences. Minnesota state law only allows ticketing people who are driving and not the vehicle’s owner. To enforce this, Minneapolis may consider implementing facial recognition technology.* This technology is prone to mistakes. One experiment found that it misidentified 1 in 5 California legislators as criminals.  It is also used to target other vulnerable people, such as undocumented folks.

We don’t have the money to fix our streets--why can’t we use increased enforcement in the short term?

Traffic safety is a question of spending priorities. We choose to spend the majority of our funds on roadway infrastructure. For example, the Mayor’s 2020 capital budget request calls for twelve times more spending on car infrastructure than on biking and walking. To fix our streets, we must bring fairness to how we spend money on transportation. We must equally invest in different transportation modes like biking, walking, and rolling..

Minneapolis was not always this car-centric. We built much of the auto-infrastructure we see today only in the last few decades. With the right resources, fixing our streets is possible. Many cities have found rapid success by testing out low cost short term interventions to create safer streets. These projects serve as a powerful vision of what our city could be. Every dollar put into “short-term” enforcement takes away resources from what works--better infrastructure.

So how do we create safe streets?

Many of our streets are dangerous by design. We chose to prioritize moving cars over other travel modes. Our streets reflect these priorities through wide and numerous car travel lanes that encourage speeding. Many parts of the city don’t have sidewalks or crosswalks. Pedestrians have to physically push “beg buttons” to cross the street. Bike lanes often end abruptly or do not exist at all in much of the city. People with limited mobility are unable to use sidewalks in the winter due to uncleared ice and snow.

Our street designs send a clear message to people using them--cars belong here, and people biking, walking, and rolling do not. They normalize behavior like speeding and red light running. They encourage cars to encroach on what little space is available for pedestrians and bikers.

Using enforcement as a tool to fix failures in street design is an attempt to tackle the symptoms of the problem, not the problem itself. And this tool has deeply negative consequences for marginalized people.

To achieve safe streets, we need to make sure they work for everyone. Here are three ways to change our street designs to make them safer:

Today, engineers and planners measure success on our streets by counting how fast cars can travel down them. If instead, we measured how easy it is for people to walk, cross the street, or bike, we would see different street designs. We would see narrower car lanes, brightly marked crosswalks, wide sidewalks, pedestrian plazas and complete networks of protected or separated bike lanes.

There is evidence to show that reducing driving is one of the most impactful ways to make our streets safer for everyone. The City of Minneapolis has a goal of reducing driving by 38% by 2050. We must evaluate each transportation project on its potential to achieve that goal and prioritize those that score the highest.

3. Work with communities to fix streets

Today, many streets in our  city do not reflect the character of the communities they border. Arterial streets within Minneapolis encourage people to drive through neighborhoods.  They don't support stopping and engaging with the community. Trips made by biking, walking, and rolling within neighborhoods aren’t often taken into account while redesigning streets, maintaining the car-centric status quo.

Streets should instead highlight and provide access to the various destinations a neighborhood has to offer. Providing resources to people in the community to help shape streets will bring a local perspective. It will highlight and center the voices of those who’ve historically been left out of transportation decision-making.

We have an unprecedented opportunity in Minneapolis today to create a fair and just transportation system that works for everyone. Let’s eliminate traffic enforcement and focus on building better streets to bike, walk, and roll.

*Since we published this piece the City of Minneapolis reached out to us about facial recognition technology as an enforcement tool. At this time, the City is not investigating using this technology. Our Streets Minneapolis staff members have been present at City advisory committee meetings where facial recognition has been discussed as an enforcement tool by committee members. Note added 9/3/2019 at 3:04 PM.