The new Vikings stadium and you

On July 24th, the Minneapolis Bicycle Advisory Committee (BAC) met in City Hall. The agenda covered the planned Vikings stadium, Major Taylor Bicycling Club and bike culture in black communities, and a report on infrastructure projects from the engineering subcommittee. Finally, the committee arranged an informational bike tour of the proposed Southwest LRT corridor with engineers who work on the project.

The construction of the (much-criticized) new Vikings stadium will result in more bike paths and bike parking in Downtown East. The short segment of 5th Street between Carew Drive and Chicago Avenue will disappear, and in its place there will be a west-bound one-way bike path that will merge with an east-bound one-way bike path traveling just north of 6th Street. These bikeways will be separated from car and pedestrian traffic by a substantial retaining wall.

The current plan is to install 300 bike racks around the stadium, mostly in the triangle between the vestigial-5th-street bike path, 6th Street, and Chicago Avenue. BAC members noted that these racks, if they held 600 bikes, would accommodate less than one percent of the capacity of the stadium. The committee encouraged the Vikings representatives to contact the Target Field property managers, who have added hundreds of racks since its completion in 2010. The stadium representatives assured the BAC that they've been staying abreast of other bike-ped projects in the area.


Improving the Franklin Avenue Bridge and the Minnehaha Creek Trail

Lisa Bender reported on the most recent engineering subcommittee meeting. The subcommittee was very pleased with the the county's plan to rebuild the surface of the Franklin Avenue Bridge. The county engineers presented two plans: the first was similar to the current layout, and the second had a short concrete wall separating cars from bicyclists and pedestrians. After a short discussion on how the redesigned bridge would get along with adjacent intersections, the BAC voted to endorse the second option proposed by the county engineers. 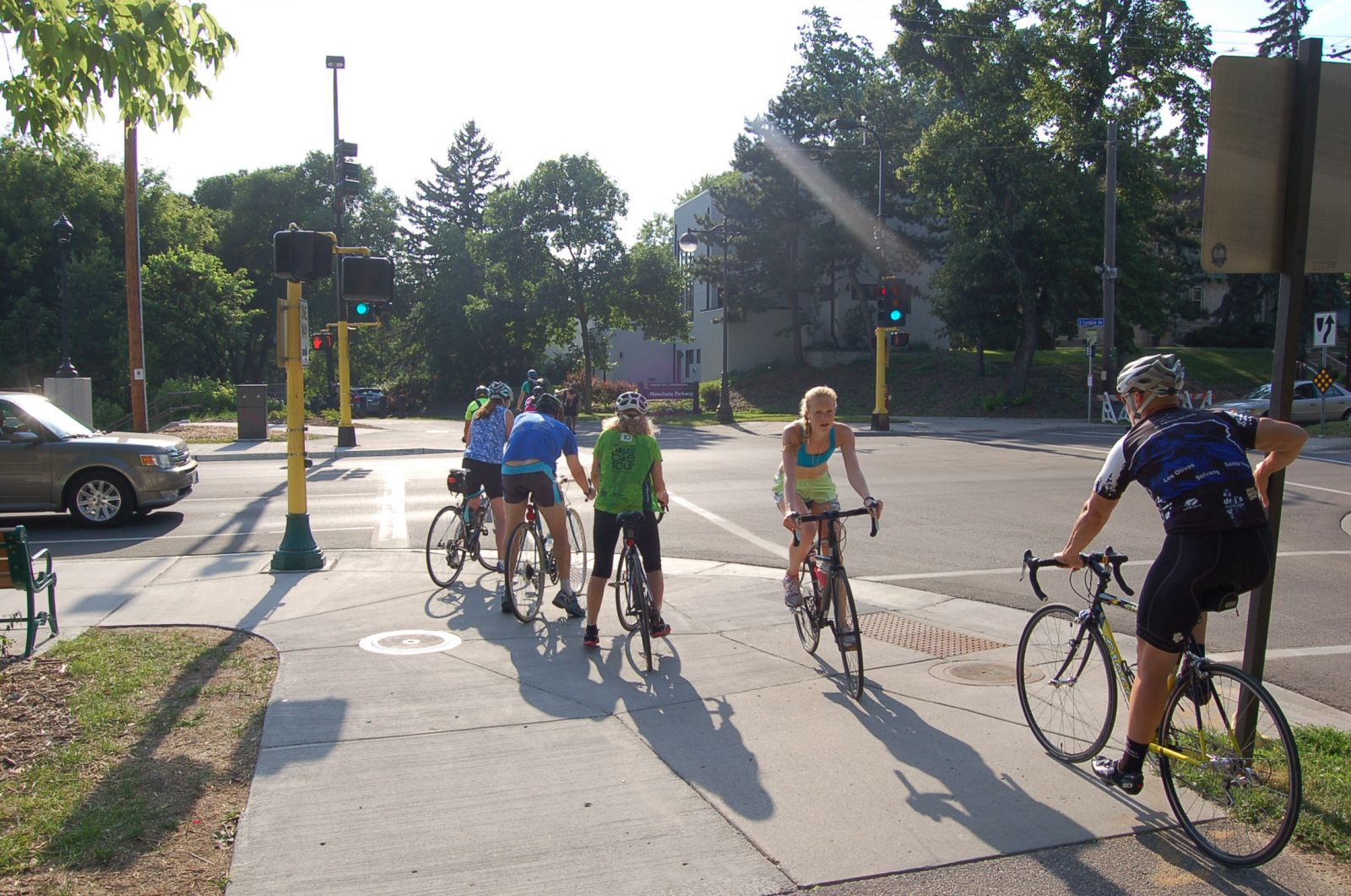 Down in Southwest Minneapolis, the Minnehaha Creek trail crosses Lyndale Avenue. At this busy intersection, the curb cut for cyclists is narrow and at an awkward angle, which creates traffic jams like the one depicted in the photo to the right. The BAC voted to encourage a 90-degree curb cut, which would eliminate the bottleneck and be safer for cyclists.


As always, let Shaun Murphy know if you're interested in attending any of these meetings.