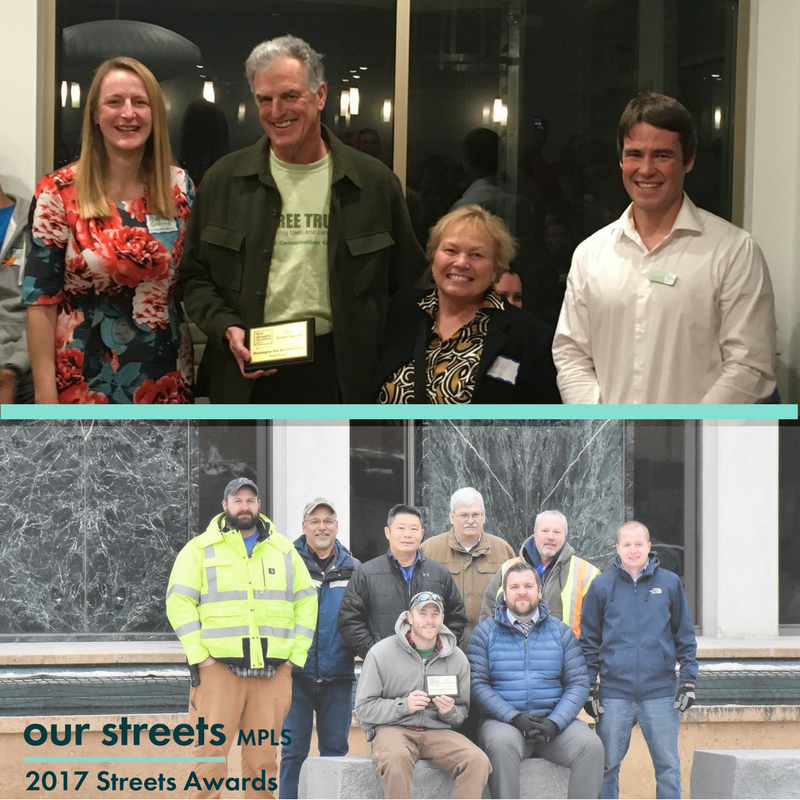 The Washington Avenue Reconstruction was a significant investment in streetscaping making the Downtown East area more walkable, bikeable, and in general liveable. The improvements included: increased sidewalk area, space for transit stops, and a raised protected bikeway. Previously the area was difficult to bike through due to the lack bike lanes and the large amount of automobile traffic that runs through the area. Before reconstruction the area was difficult to cross as a pedestrian and had little room on sidewalks, leaving pedestrians feeling unsafe. The reconstruction is physically and visibility a major improvement which is easy to see with significantly more users on the bikeway and sidewalk. The new bikeway was named in People for Bikes top 10 best new bikeways of 2017. Thanks to Commissioner Peter McLaughlin who got Board approval for the project, former County staff members Debra Brisk and Jennifer Lowry who played key roles in the design, and current staff including Nathan Ellingson and Stan Lim who finalized the design and construction of Washington.