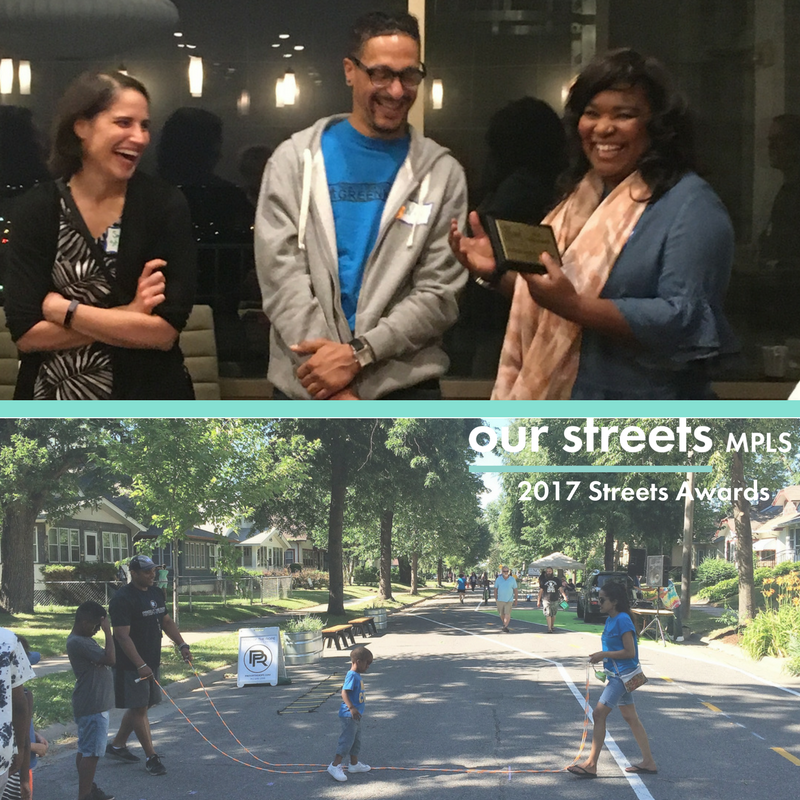 The potential North Minneapolis Greenway is an idea to convert all or part of a quiet residential street into a linear park and trail. Deep community engagement has been going on since 2012 with a majority or residents in favor of the potential Greenway, but many had questions as well. So, a Temporary Greenway was installed for a year with different potential treatments to engage residents.

The Temporary Greenway answered questions about access and maintenance and what it would mean to have your street turned into a park and bikeway. At the end of the pilot, a strong majority of residents are in support of the Greenway in some form and community members are beginning to organize to try to get the community’s vision for the Greenway built.  Thanks to the many community volunteers (including Will Lumpkins), the Minneapolis Health Department (including Sarah Stewart), and the Center for Prevention at Blue Cross and Blue Shield of Minnesota who made the Temporary Greenway possible