On Tuesday, March 26th, about 35 of us gathered in the Nomad World Pub's beautiful upstairs to hear Shaun Murphy talk about cycle tracks and the Minneapolis's broader strategy for increasing cycling. His presentation was followed by about an hour of discussion of bike issues.

Shaun, the bicycle and pedestrian coordinator for Minneapolis, began by stating that the city has a goal of doubling the number of cyclists in two or three years from 8,000 riders to 16,000. Getting new cyclists on the road requires making the roads feel safer — this is where cycle tracks come in. Cycle tracks, or protected bike ways, are like bike lanes in that they go alongside public streets, but physical barriers (like bollards, trees, curbs, or parked cars) separate the cyclists from cars. Shaun shared a study of Canadian cyclists that showed that cycle tracks are more pleasant and safer than bike boulevards or bike lanes.

As you may know, Minnehaha and Washington Avenues are being redesigned, and Shaun presented proposals for rebuilding the streets with cycle tracks. He also emphasized the fact that different types of bikeways are appropriate in different urban situations. For example, the city plans to add at least six miles to its system of bike boulevards, namely in Northeast and on 24th Street East in Phillips. 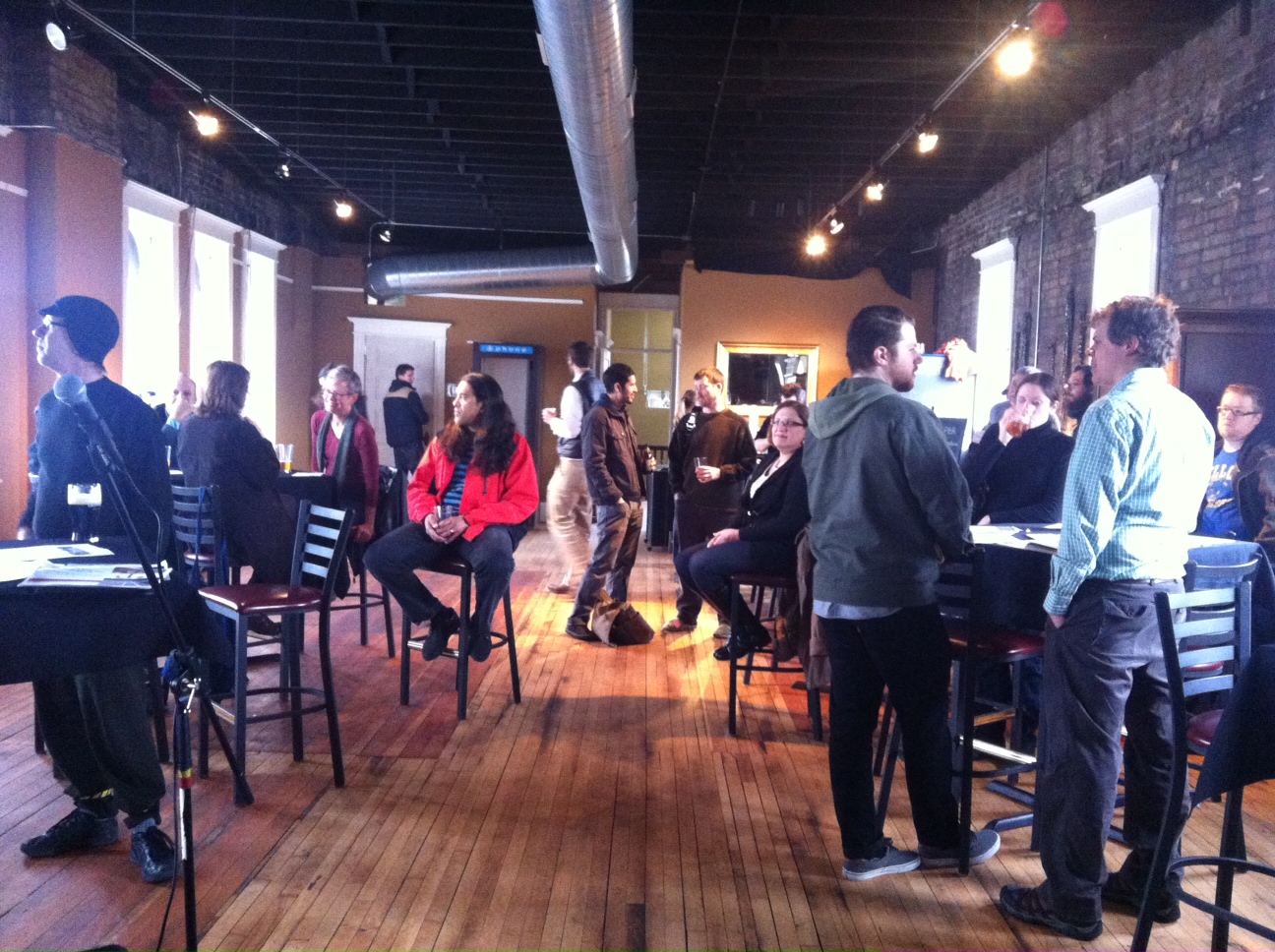 We also discussed some exciting ideas that some cyclists would like to see implemented. One project that's still in the planning stage is the North Minneapolis Greenway, which would turn large segments of Irving Avenue North into a car-free path for pedestrians and cyclists. This idea has been endorsed by the Minnesota Department of Health, among other organizations. Adding bike lanes to Franklin Avenue was also discussed. If you'd like a safe bikeway from Seward to Hiawatha Avenue (and beyond), please contact your county commissioner.

The coalition is grateful to Shaun for speaking and taking questions. Thanks to everyone who showed up and had a beer with us! We'll have more Q&A happy hours in the future, so like us on Facebook and check out our blog to stay informed.