On October 25, a class of 4th and 5th Graders from Seward Montessori School biked to City Hall.  The class used the Seward Montessori bike fleet to make the four mile round-trip, which coincided with the beginning of the City’s Transportation and Public Works committee meeting. 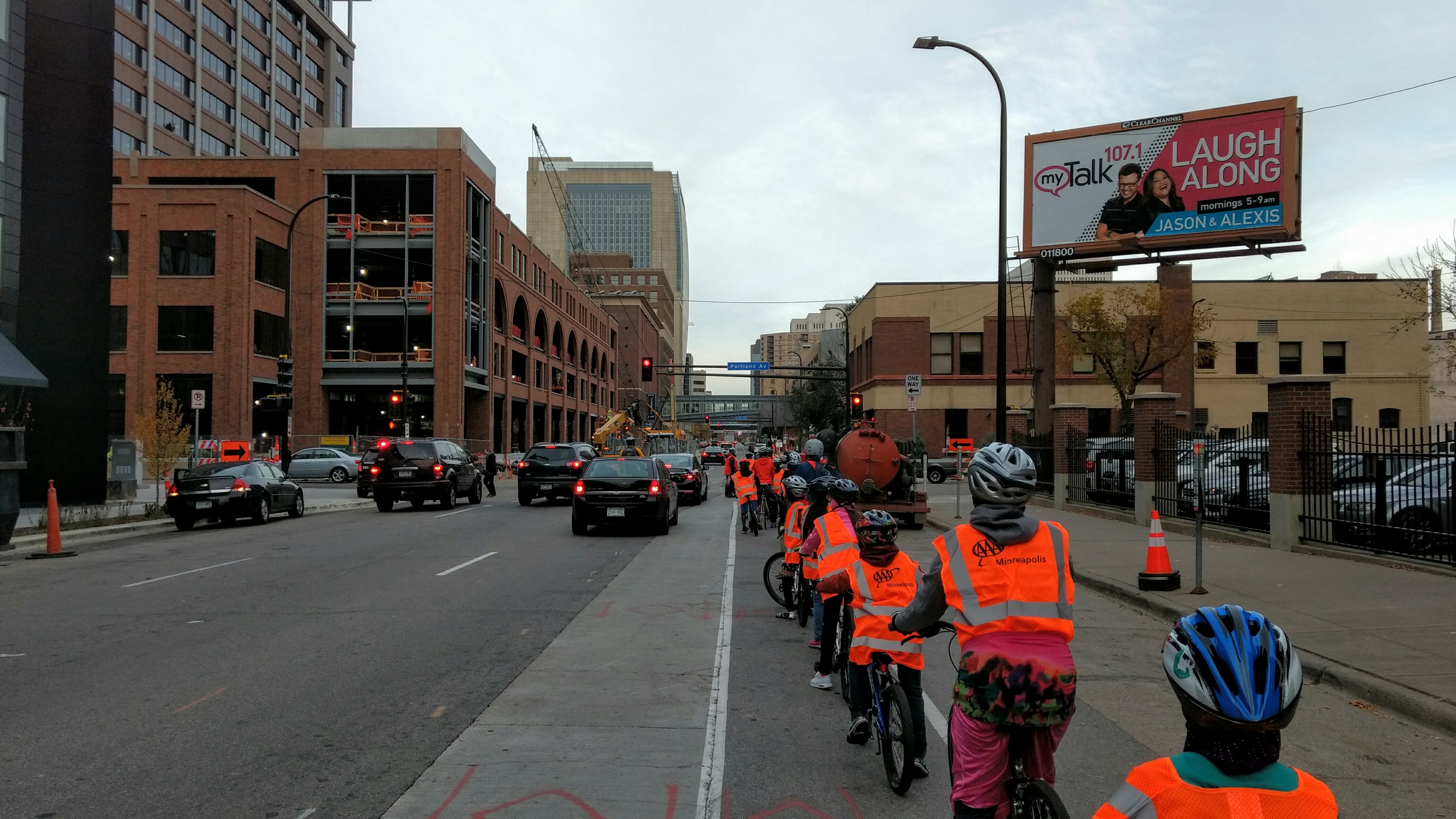 The inspiration for the trip was the test closure of 29th Avenue at the Midtown Greenway.  Part of the Seward Safe Routes to School implementation, this closure has been very popular with Seward families because it has reduced traffic on 29th Avenue near the school, especially truck traffic.  The test closure has been in place for 18 months, and Seward students were visiting City Hall to request that the closure be made permanent.  The students signed postcards with reasons why they appreciated the closure, and delivered the postcards to the Transportation and Public Works Committee. 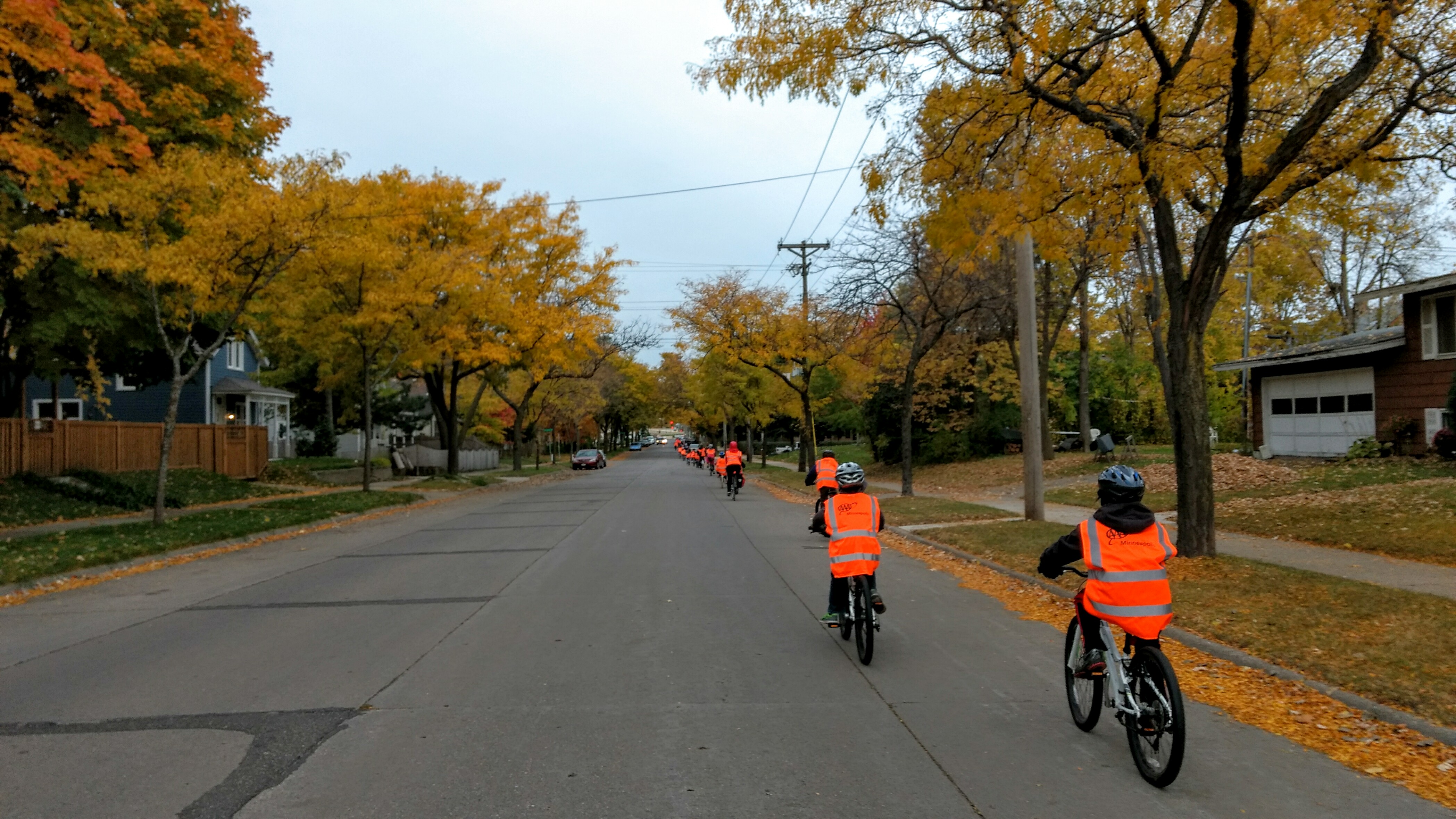 The closure is consistent with the City’s recently-adopted Complete Streets policy, and it has the support of the Seward Neighborhood Group and Longfellow Community Council, as well as the City Council Members whose wards are home to most of Seward Montessori’s students.  Nevertheless, the City has yet to commit to making the closure permanent, and the students were visiting City Hall to emphasize how important the closure is.  Many Seward students commute to school by bike, and all 4th and 5th grade classes go on rides through the neighborhood as part of their health class.  These class rides travel along 29th Avenue and the Midtown Greenway, and the closure has made them simpler and safer.

The students were warmly hosted by Committee Chair Kevin Reich, and Council Members Andrew Johnson and Cam Gordon fielded questions from students and lead a tour of City Hall.  Highlights of the tour included meeting the fire chief and seeing the City Hall green roof. 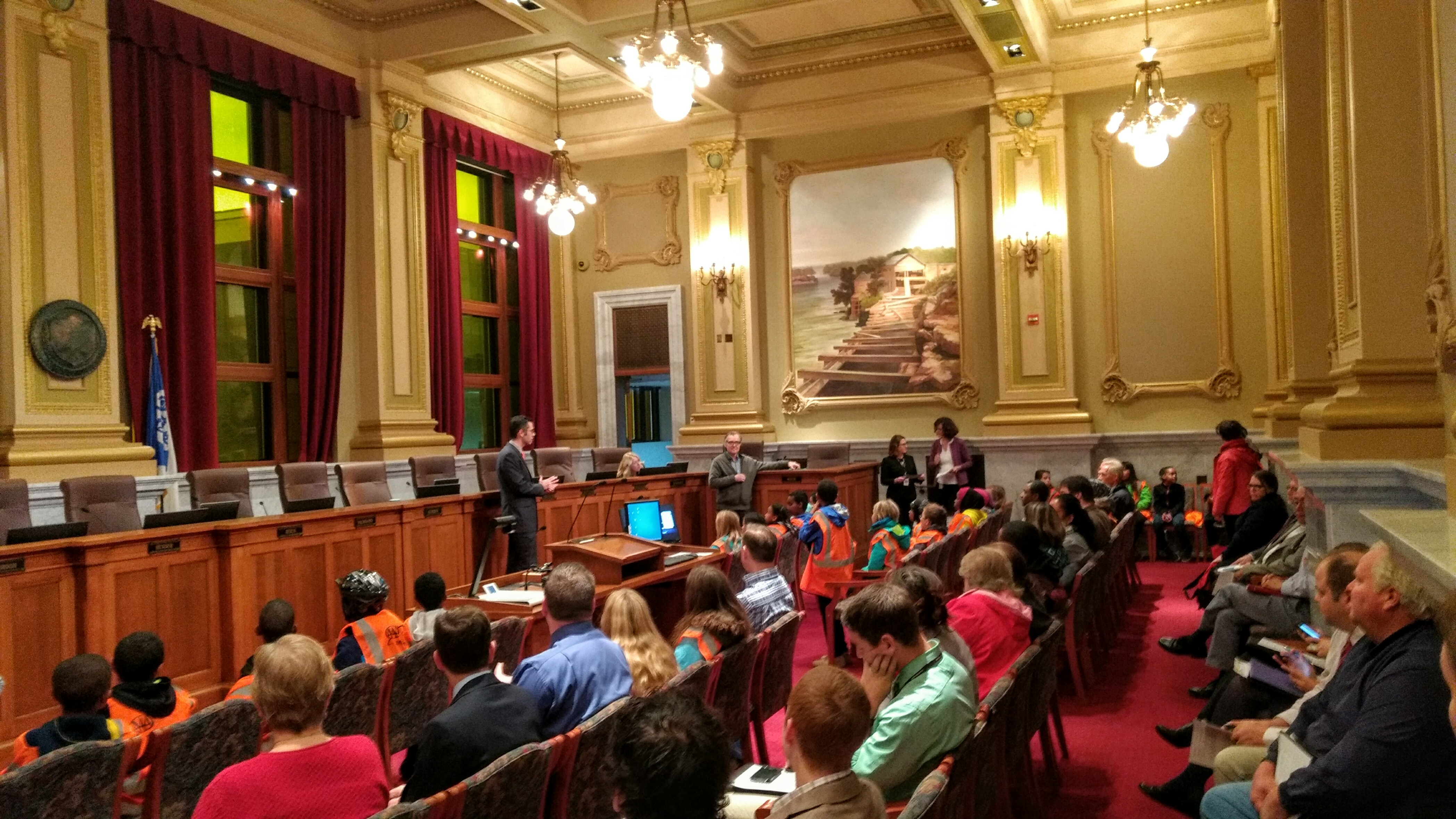 Lisa Herr, the teacher for the class, thought the field trip was a success.  “It was amazing for our students to have a chance to see how government works at the City level, and to meet some of their elected officials.  Biking downtown was very empowering for the students.   It’s a trip that I’d to make again with our class, hopefully to deliver thank-you cards in the spring.”