These two streets, which are major North-South routes to and from downtown had buffered  bike infrastructure until recently. Bike lanes on these streets were protected by a buffer of thick double white lines that promoted ease and comfort while riding.

In summer 2018, these streets were restriped to be a detour for cars and buses while 35W was being reconstructed. The buffers were removed and the bike lanes were narrowed. While these changes were supposed to be temporary, there is no clear indication from the City that the buffered bike lanes will be back. 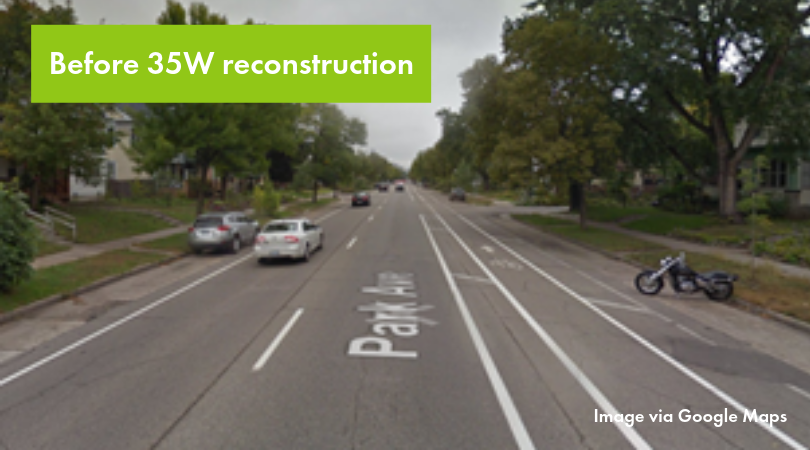 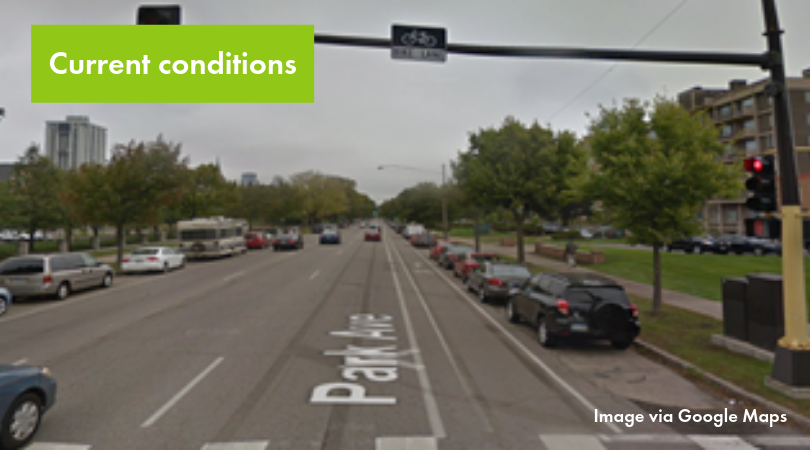 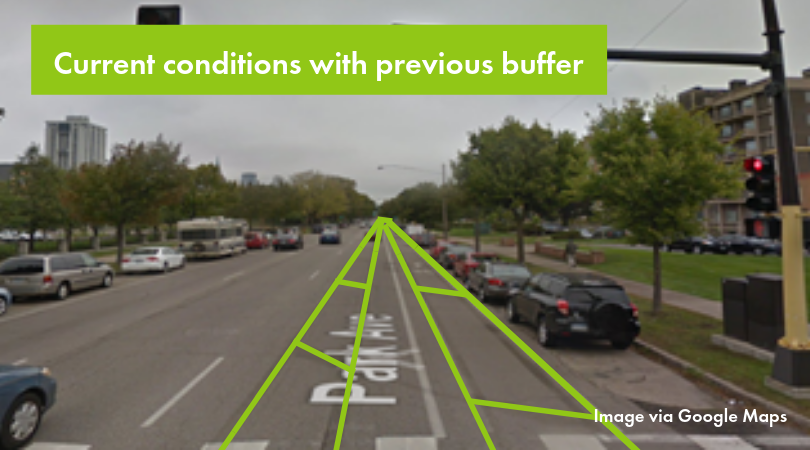 It is time to restore the streets to their original low stress bike route configuration. Park and Portland provide direct bike access from South Central Minneapolis to downtown. Many people who use bikes as their primary mode of transportation are being denied comfortable access to the heart of the city.

Here’s what you can do to bring back the buffered bike lanes on Park & Portland:

First, find out who your representative is on the Minneapolis City Council. You can do so by entering your address on this page. You can call their office, or send them an email. Identify yourself a constituent and then briefly state your position—you can say or write something like:

“I am calling because I would like to see buffered bike lanes returned on Park Avenue and Portland Avenue. These streets are how I get to work, and protected bike infrastructure makes my commute easy and comfortable”.

Next, tell your friends, family and colleagues about this issue. The more people engage with this, the more likely it is to happen.

Also consider joining our Downtown Bikeways Workgroup. We are a dedicated and fun group of volunteers who advocate for better bike infrastructure downtown.