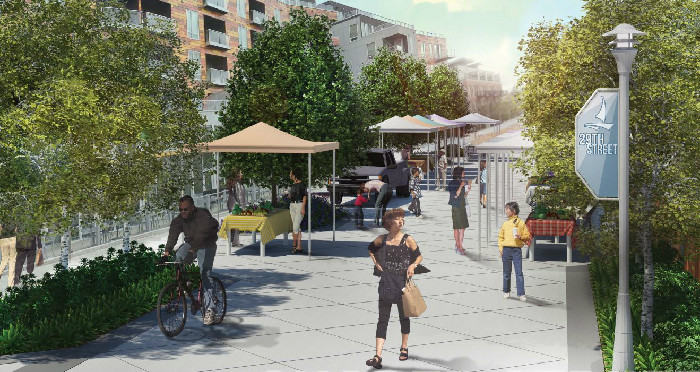 The city has been working for quite awhile on creating a new vision for 29th Street, which is currently a run-down pothole-ridden alley. After three open houses last year gathering community input, the City has decided to implement a woonerf on 29th. What is a woonerf? It's basically a shared street, where pedestrians, bikes, and cars all share the same space. This may sound like a dangerous idea at first, but when implemented correctly, it provides a space that is calm and appropriate for everyone to use.

I was pretty excited about this concept, so I headed to the City's open house on June 30th, where they were unveiling the initial concepts for 29th Street. The meeting was pretty full and many staff from the firm designing the street were present to answer questions and collect feedback. Also there was City Councilor Lisa Bender of Ward 10. A lot of people were talking to staff, sharing both compliments and concerns. Many were writing their feedback down on the massive Easels provided. 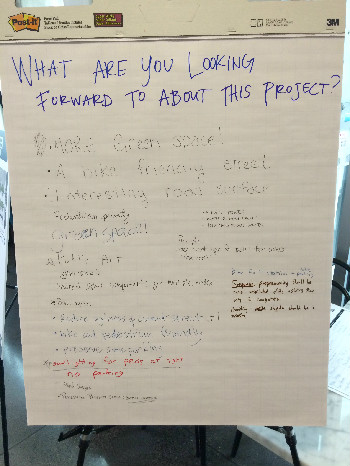 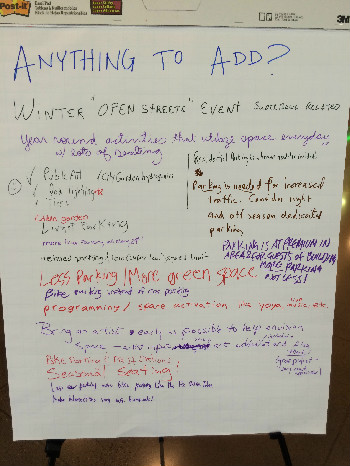 As you can see, most of the comments were positive. People seem to be very excited about the transformation 29th Street is about to undergo. And why wouldn't they be? This street is going to turn from was is essentially parking and parking access into a space that will help everyone get around the neighborhood and also be able to play host to a variety of outdoor events. It will be an asset to the neighborhood.

There were, of course, some concerns raised by residents about losing the parking on 29th Street. From what I heard, however, the  City is actively pursuing parking mitigation strategies. They seem to be dedicated to addressing everyone's concerns as the final design evolves over the course of this year.

Assuming everything stays on schedule, two blocks of 29th Street, Lyndale to Bryant, will be reconstructed next year and open in November 2016. That still leaves a lot of time to give the City your thoughts on the design of the street. I'd encourage you to visit the project website and look at the materials there so you can send in feedback.

Overall, though, we're very excited about this project and look forward to a reinvented 29th Street opening next year.