Reflecting on a week of tragic shootings

This week we are rocked and mourning like everyone from the tragic deaths of Alton Sterling in Baton Rouge, Philando Castile in Falcon Heights, police officers in Dallas, and two-year-old Le’Vonte Jones in Minneapolis. This comes on the heels of the Pulse shooting in Orlando just a few weeks ago. It's been a hard month. These impact all of us, but especially queer and Latinx community members, black community members, Muslim community members facing increasing Islamophobia, and police officers.

Our thoughts are with Philando Castile's and Le’Vonte Jones's family, friends, and everyone grieving these losses. We are especially holding Castile's girlfriend Diamond Reynolds and her daughter in our thoughts, as they were witnesses to the killing of Castile by a Saint Anthony police officer. And also 15-month-old Mela Jones who is recovering after also being shot in the drive-by. Our thoughts are also with everyone grieving and shaken by the deaths in Baton Rouge, Dallas, and Orlando.

We stand peacefully with those suffering, especially the black community, in demanding justice, accountability, and police reform. It is past time. We are also appalled by violence against police officers, which does not reflect the peaceful nature of community protests locally and around the country.

As Congressman Keith Ellison said yesterday, "Nobody should have to fear being shot and killed because of who they are or their job--whether they are a Black man like Philando Castile, or a police officer like Officer Brent Thompson." The same is true for kids growing up.

We acknowledge that our work to advance bicycling in Minneapolis for everyone simply cannot be successful if we are not part of the discussions happening around these (and other) shootings. We need to address police racial profiling and brutality as barriers to biking. We need strong and supported community policing (and effective traffic safety enforcement) to help people be safe and comfortable while biking. We need to create safer spaces for all backgrounds and identities in our work.

We know that biking is only a small part of a much larger body of work that touches all parts of government and society, but we know that biking, because of the liberation and freedom it invokes in us, can play a role. At yet another challenging time, we hope that our community will come together like never before to advance justice and opportunity for all.

Here is our complete statement after the Pulse shooting in Orlando with more details on our Safer Spaces policy.

Here is our complete statement after the Philando Castile killing. 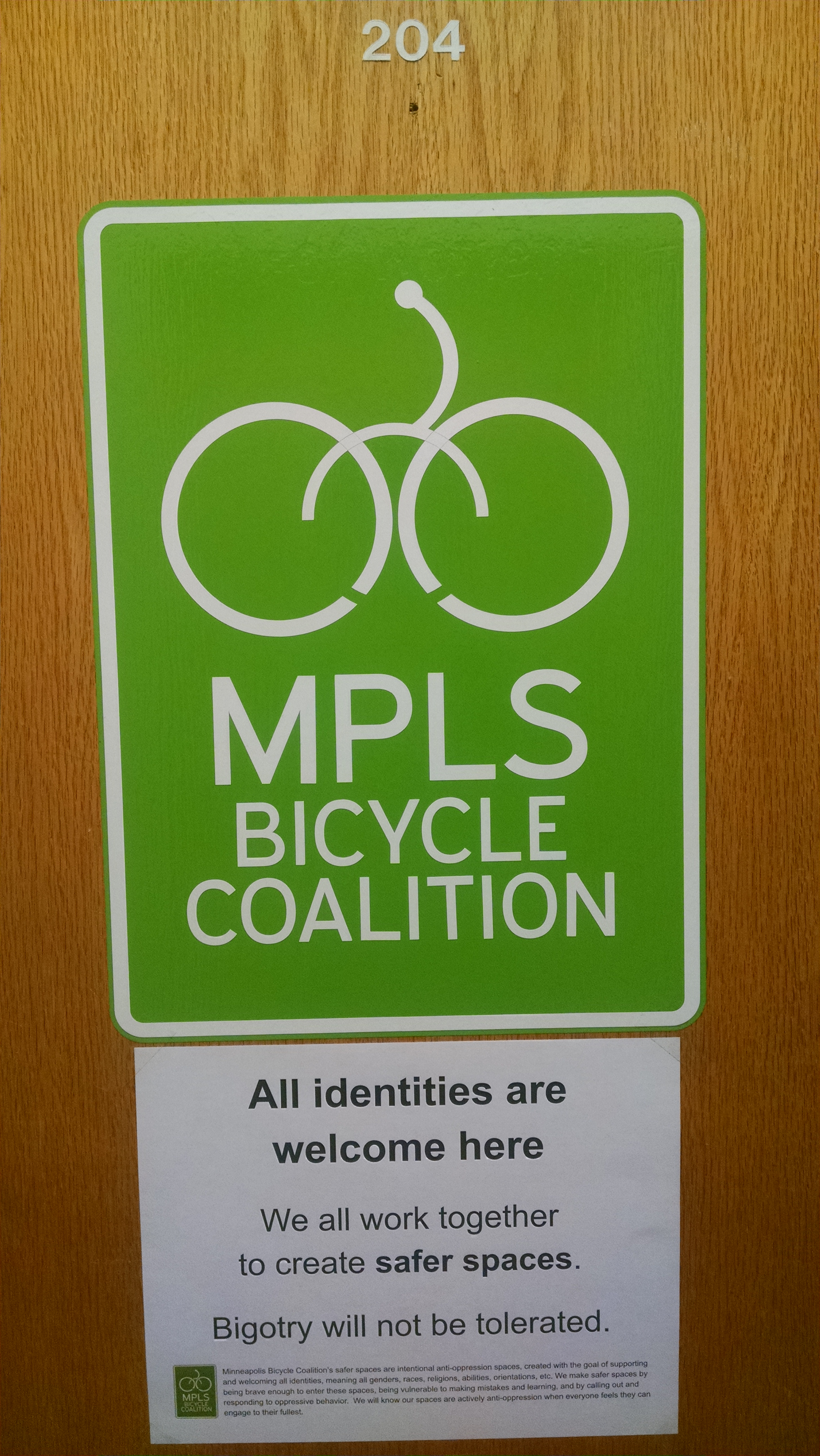