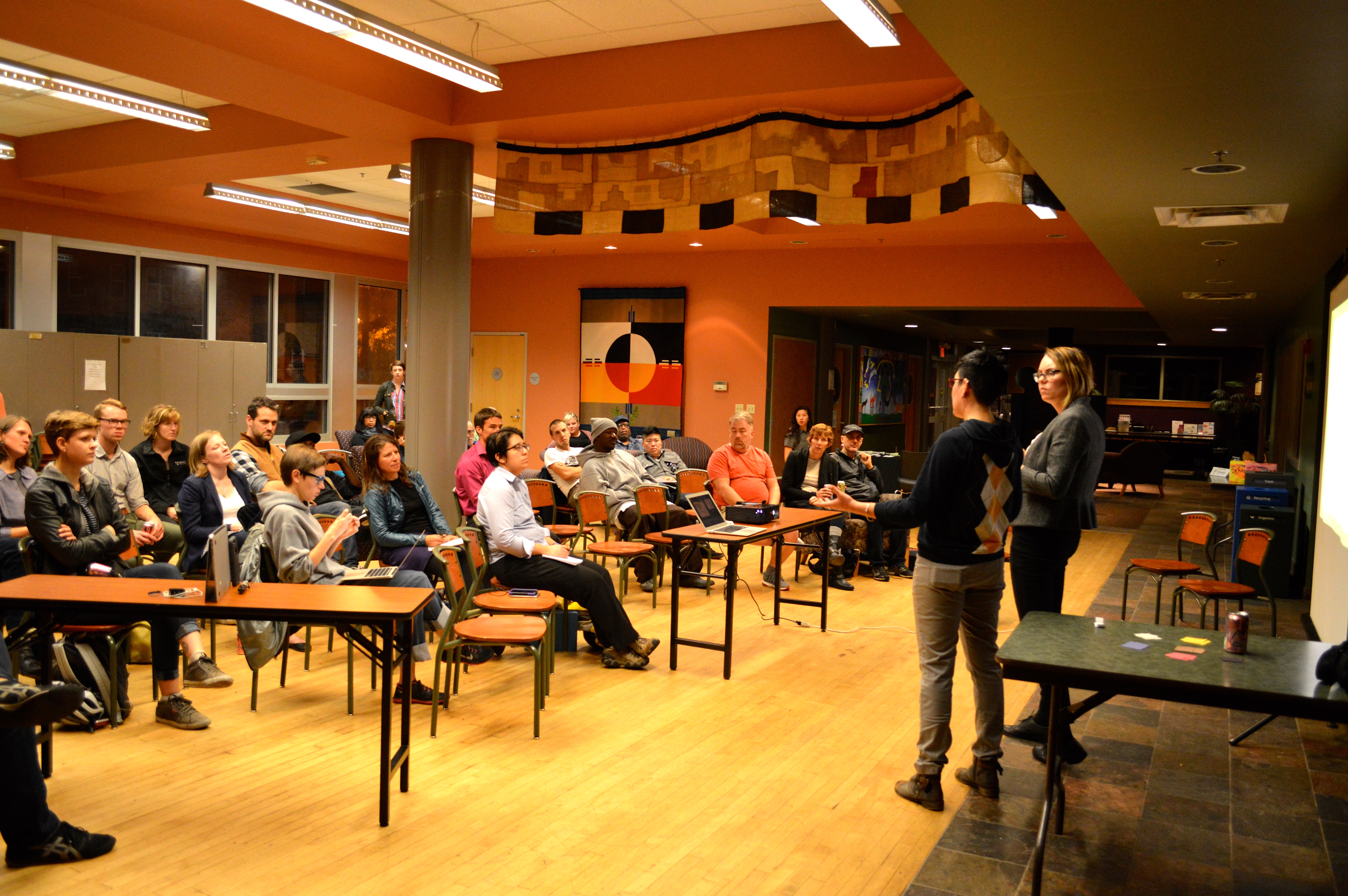 In October of 2016, two dedicated Minneapolis Bicycle Coalition volunteers Dr. Melody Hoffmann and Anneka Kmiecik researched, authored, and published the first ever report on research related to Bicycle Citations and Arrests in Minneapolis from 2009-2015. Until this point, there has been no research done that indicates there was any sort of correlation between race and bicycle citations.

On Tuesday, October 18th at Hope Community the report was presented and space was held for discussion. About 30 folks attended, and 40 live stream viewers tuned in online to catch the presentation. Watch it in full here.

Hoffmann and Kmiecik obtained the information from the Fourth District Court and the MPD Office of Public Information. The presentation began with a recap of why the two volunteers did the project, a reflection on equity, and a summary of a similar article from Tampa. They then moved into data from the report.

The information was obtained from public sources, and the authors explained that while some of the data was missing or incomplete, of the people who were cited and arrested they were more likely to be black than any other race. 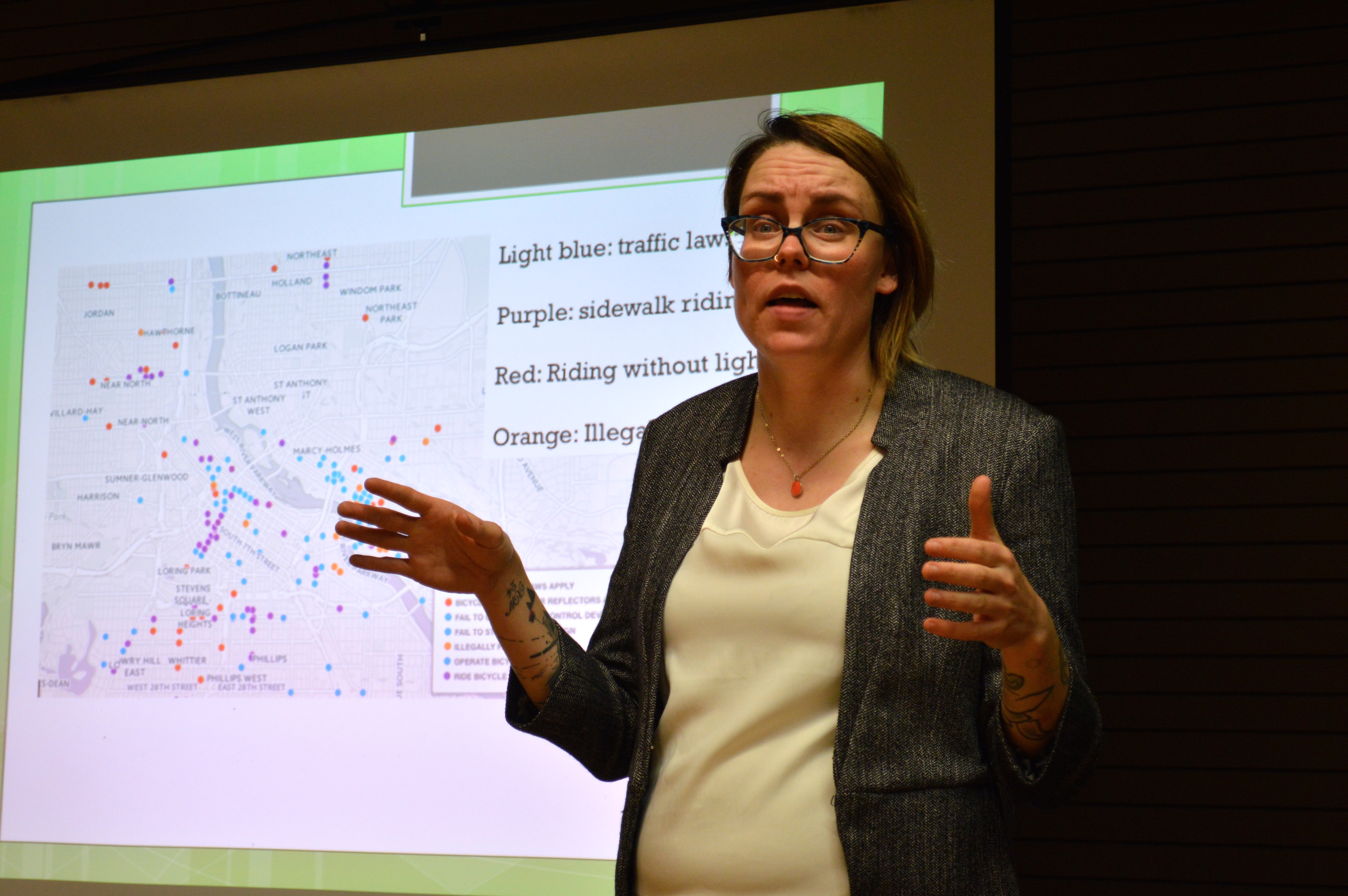 Hoffmann then explained that there were certain areas of the city that have been “hot spots” for citations. These areas are Hennepin Ave downtown, Nicollet Mall, and the University of Minnesota. She led an exercise where the audience looked at a map of all the citations that were color coded and guess which race was each colored dot (right image). The evidence pointed to an overwhelming amount of black people receiving more citations and were arrested than white people, even though there are more white riders in Minneapolis. Hoffmann and Kmiecik created an interactive map of all of the citations that include the details of offense by date, time, and race. You can view the interactive map here.

In addition to reviewing numbers in terms of race, the volunteers talked about the reasons that people receive citations and arrests. The majority of the evidence points to a lack of education and resources as the root cause. Riding on the sidewalk and lacking lights or reflectors were the two biggest offenses. Both of these could be solved if proper outreach, education, and resources are deployed.

As the presentation concluded, several attendees asked the question: “So, what’s next?” and a discussion took place that included takeaways, reflections and next steps. Clearly, this work should not stop and it is important to keep moving forward.

As cited in the report, the current recommendations moving forward are:

If you are interested in being part of a task force that helps implement the recommendations of this report in order to dictate the direction of advocacy at the Minneapolis Bicycle Coalition, please email Laura Kling.