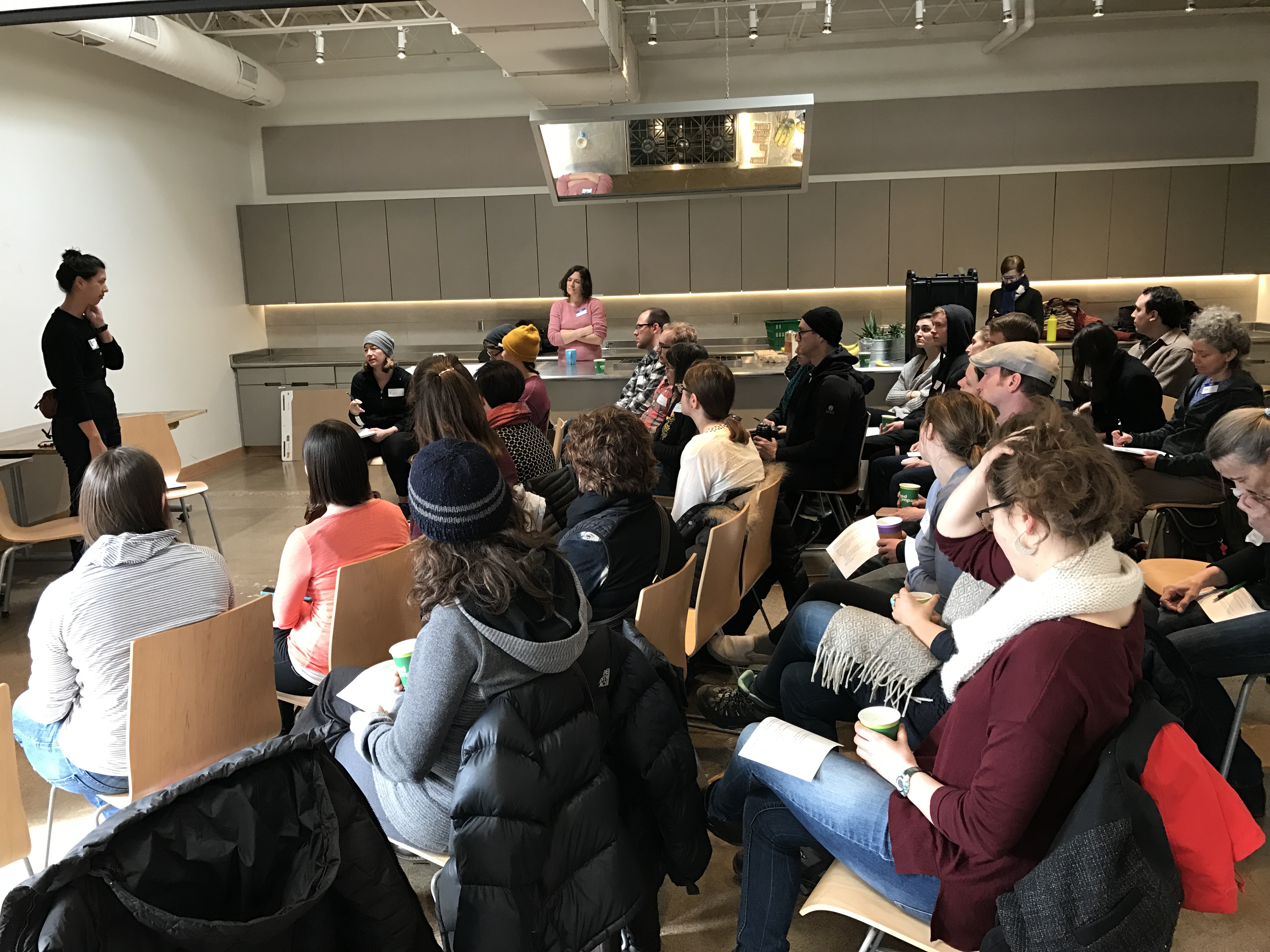 On Saturday March 11th at the Wedge Table, the Coalition hosted an event unlike any other we have hosted before. The event was a spin-off of last year’s Advocacy Skillshares. Maybe you caught our blog post promoting the event, and were curious about what the event was going to be about. We had a great morning, and are excited to report back. 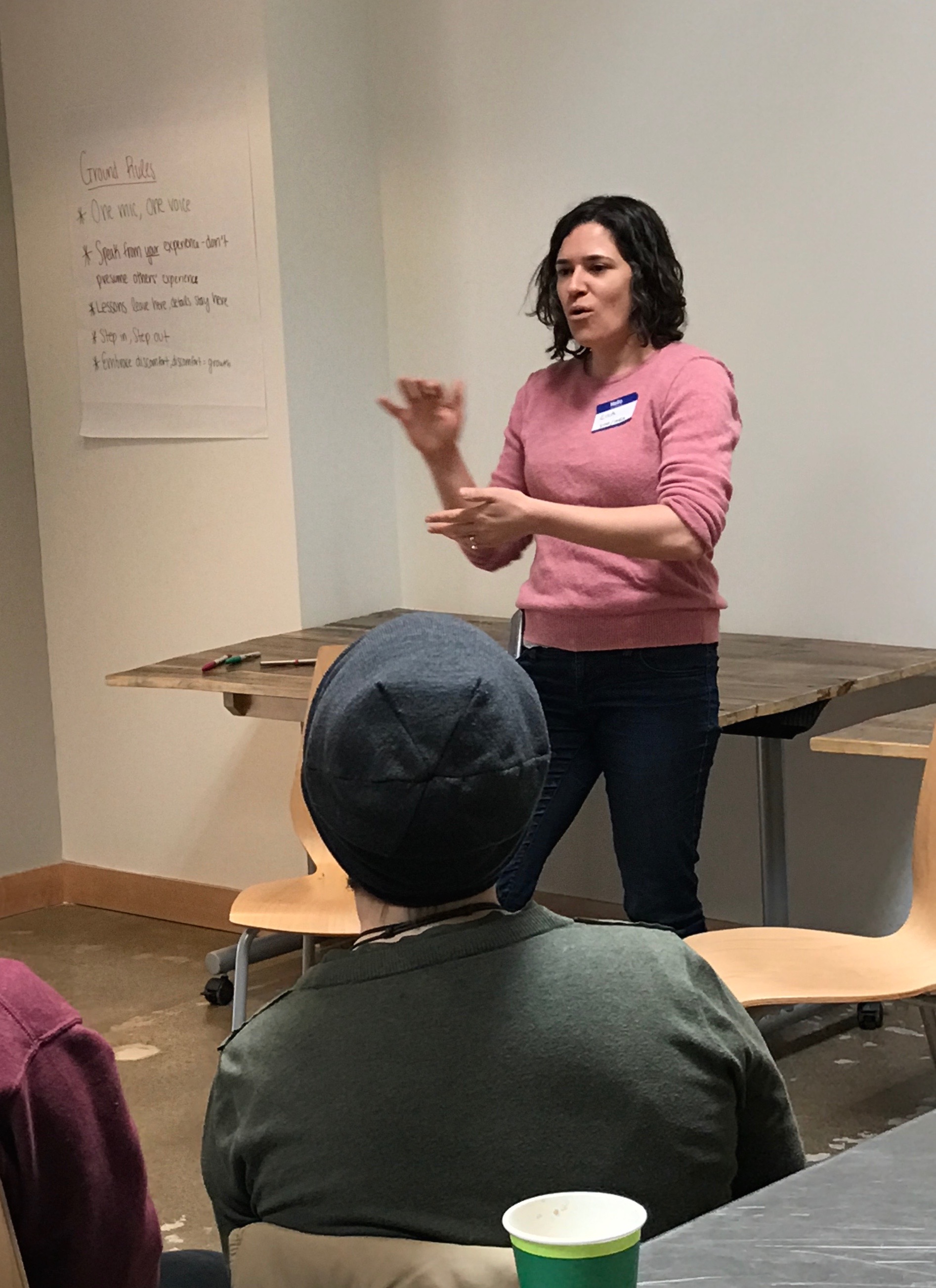 Council Member Lisa Bender of Ward 10 kicked it off, talking about her experiences in advocacy and how her privileges have aided her journey. Council Member Bender has been a strong advocate in Minneapolis for many years; she is one of the co-founders of the Bicycle Coalition, and has worked her way to the City Council. CM Bender spoke about how her identity as a white person has very much aided her in many occasions, and her identity as a woman has been hindering to her ability to get things done efficiently. Her story included intersectionality and her quest to become a better ally will never be complete; it's a continuous journey.

Carolyn Szczepanski of Showing up for Racial Justice Minnesota, (SURJ MN), spoke similar sentiments to that of CM Bender, explaining that being an “ally” is not a noun and you don’t just do something and all of the sudden you are an ally, it’s something to continually be working toward. 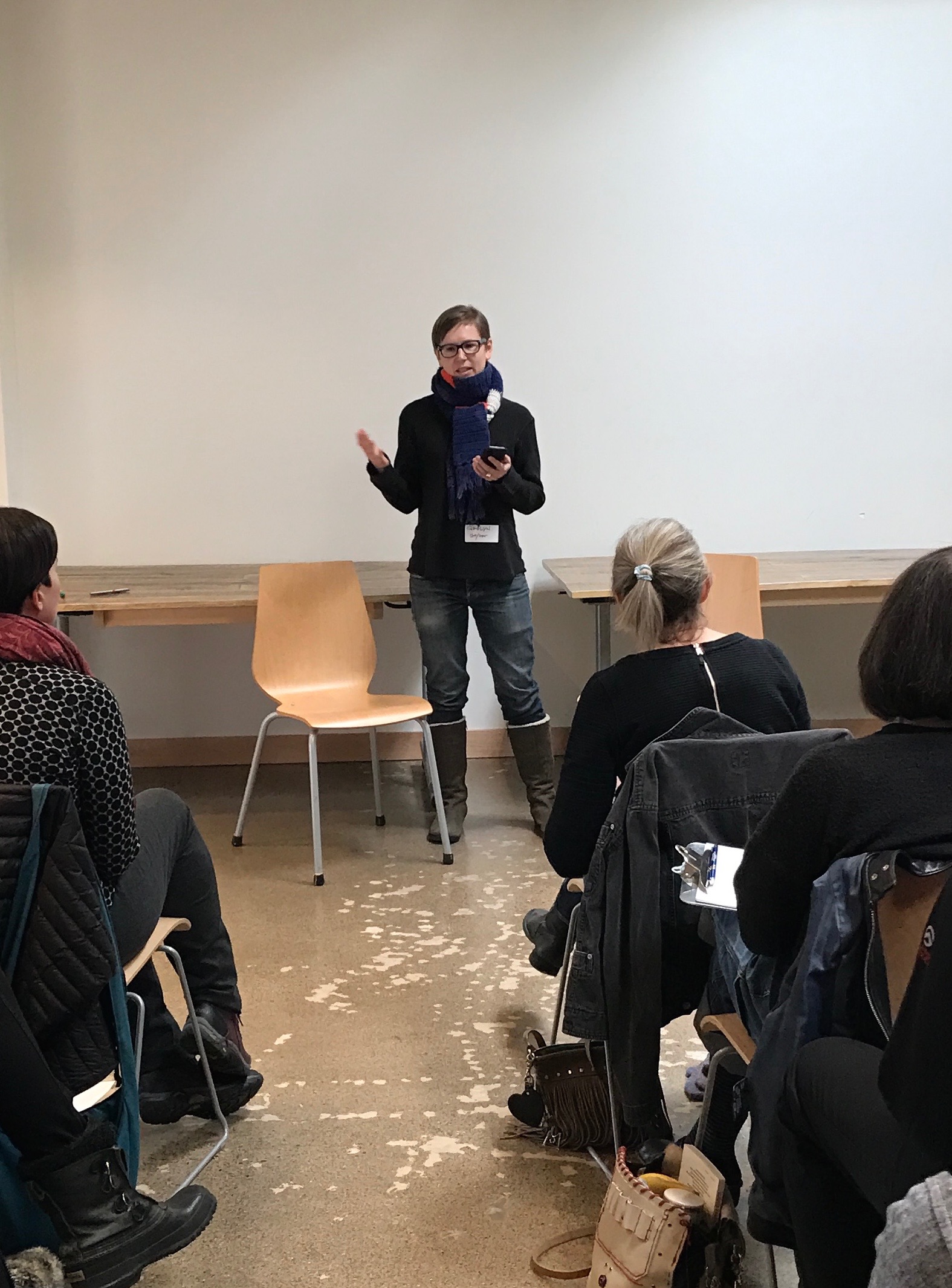 Carolyn spoke of her journey as a white person, and gave several examples of when she really messed up and stumbled over race in her own life. It’s important that we own our mistakes and learn from one another. She explained how white people often expect people of color (POC) to do the hard work or tell us what to do, but it’s our job to do the hard work (wake up, catch up, and show up), and support POC where they truly need support. POC wind up doing most of the emotional labor and it’s not their job to educate white people.

Finally, Carolyn asked folks to have some discussion and reflection with one another with questions regarding when their whiteness first came to consciousness, when they first questioned race, what privileges that they identify with, and what are their personal barriers to doing more work.

As Carolyn wrapped, she noted four things that a white person can do to build capacity to be an ally:

At the Coalition, we continue an effort to make our spaces safer and welcoming to all people, and we hosted this event with the hopes that volunteers, members and folks that follow our work will also begin to have these conversations more often. Biking and walking advocacy is ultimately intersectional with racial justice work we work toward making our streets safer and more accessible to all users; no matter their identity, background, class, race, gender, or status.