4th street is the 17th most dangerous intersection for pedestrian in Minneapolis, 13 reported pedestrian crashes occurred at this location in the the ten year study period of the 2017 Pedestrian Crash Study.

6th street is the 12th most dangerous intersection for pedestrians in Minneapolis. 14 reported pedestrian crashes occurred at this location in the ten year study period of the 2017 Pedestrian Crash Study.

These crashes range from fatal to incapacitating to minor crashes.

All photos taken by Paul Jahn.

When crossing the intersection at Hennepin and Lagoon to go the Walker Library it often feels like “Russian Roulette” because I am never quite sure if the drivers will yield when I try to cross Lagoon.  This is especially true once the two lanes of traffic turning right from Hennepin on to Lagoon start flowing. 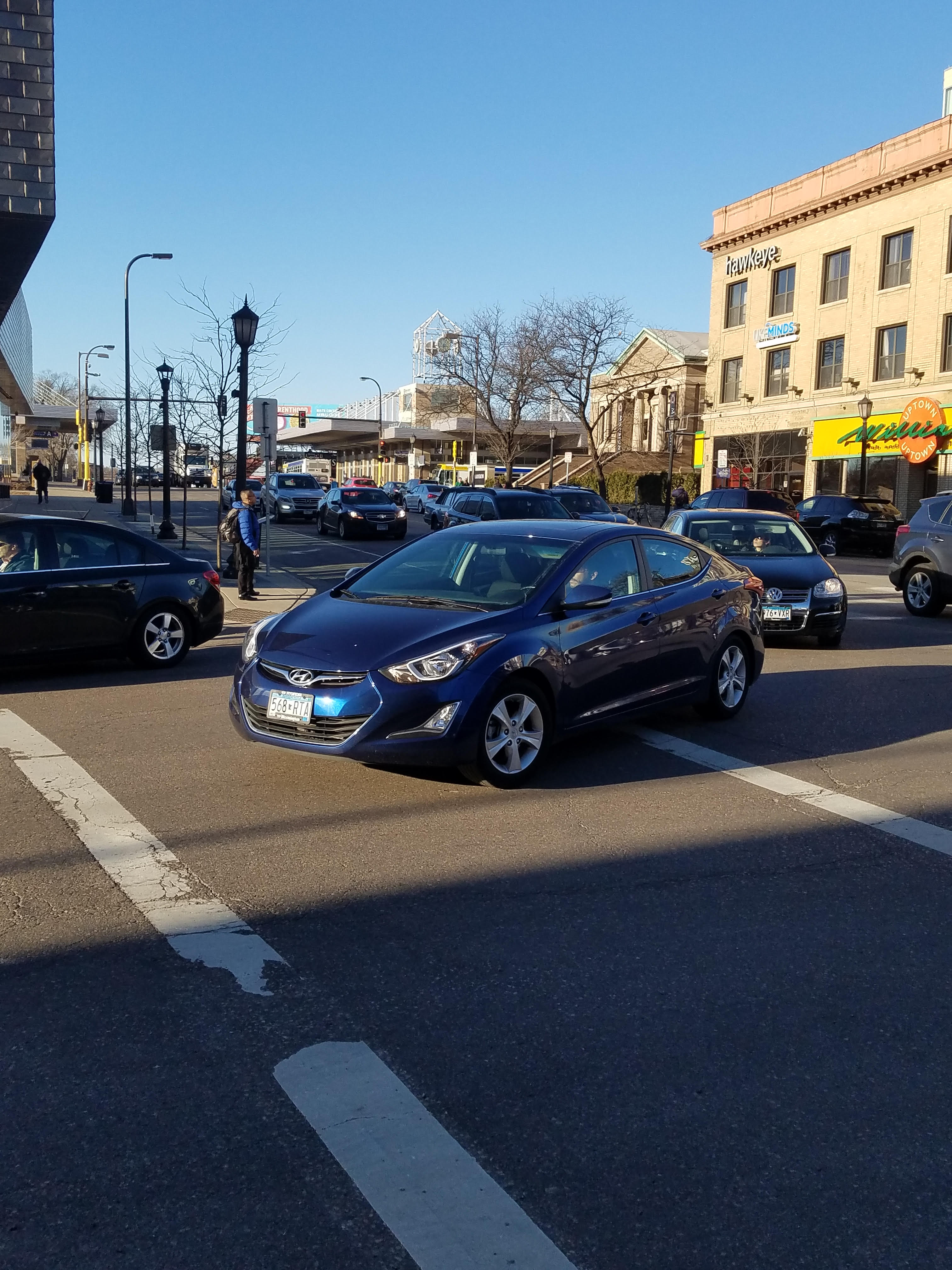 Your support enables us to continue to advocate for safer walking and rolling for all!