As Our Streets Minneapolis celebrates our 10th anniversary, we’re taking a look back at some of the volunteers and groups that helped us get where we are today. As a community driven organization, we depend on local folks lending their skills and time to our movement.

LaTrisha Vetaw joined the Board of Directors of what was then the Minneapolis Bicycle Coalition in 2015, and went on to serve as the Board Chair in 2016 and 2017. LaTrisha played a critical role in the organization’s expansion to include walking and rolling in our core mission. She currently serves as an At Large Commissioner for the Minneapolis Park & Recreation Board.

Join us as we thank LaTrisha for building our movement and paving the way for our future. Check out the interview below to learn more about why LaTrisha does this work, and her vision for our city. 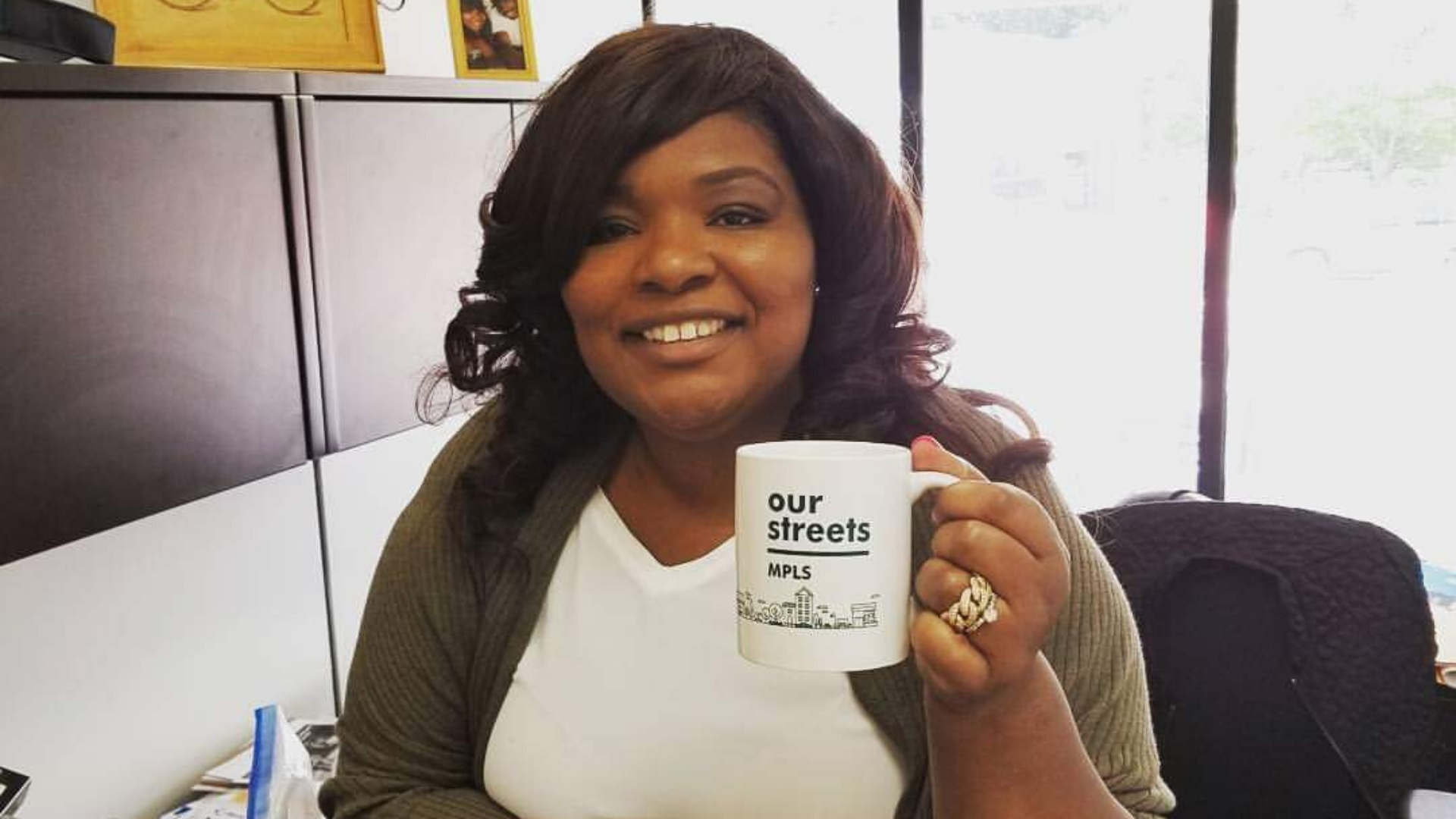 Tell us a little about yourself. How does biking fit into your life?
I’ve always had a love for biking and wanted to introduce biking as a means of transportation to the people that I served in North Minneapolis. I always thought it was a missed opportunity. A lot of people took public transportation that took hours for them to get to the grocery store or the doctor, and if they just hopped on the bike they could be there in 10 minutes.

I haven’t been biking as much, but when I started with the Bike Coalition I was riding my bike to work three days a week, commuting from South Minneapolis to North Minneapolis.

What is your favorite place to bike and walk in Minneapolis? What do you like about it?
I like to bike in neighborhoods. The thing about biking is you see a different part of the neighborhood. And you see different things when you bike versus walk. I used to live in Longfellow around the river so I walked around the river every day for 10 years. In North I like to bike and walk down Plymouth Avenue.

What inspired you to work for better biking and walking in our community?
I always go back to when I was probably six years old and my dad showed up with this blue bike with flowers and a basket on the front. My life changed forever. I just knew how much I love biking and I thought, ‘We as a community see biking as child’s play, when it’s actually an opportunity to free yourself.’

At the time when I got really involved I was looking for alternative resources for people who were tobacco users. I thought, ‘How do I get people active, yet stop thinking about smoking cigarettes?’

I thought, ‘What kind of activity could they focus on that would be a stress reliever?’

I thought of biking and walking. There were already several walking clubs in North Minneapolis, so I saw an opportunity to start something around biking. I joined the Coalition because I thought, ‘Here’s a start. Here’s a group of people together already. I can work with them.’

How did you first become connected to Our Streets Minneapolis, then the Minneapolis Bicycle Coalition?
I heard about the Coalition through rumblings the neighborhood, but not in a positive way.

Through my work with the Nice Ride orange bike program I heard about this super strong coalition of people that were working to have bike lanes on Penn Avenue and I was like, ‘Yeah, I want that!’ I thought Penn Avenue would be great--to have one of the major streets have bike lanes on it so that people could understand how important biking is, and maybe be inspired.

Then Amy Brugh and Ethan Fawley reached out to me and said, ‘Hey! We heard you’ve been wanting to get involved. Would you get involved in this?!’

What was biking like in Minneapolis when you first started this work? Has it changed since that time?
Absolutely. In my opinion was a southside thing. When I first started it was seen as a men’s thing--no women. It was a bro with bike shorts or someone going to a brewery.

Over the years I’ve really seen women take on leadership roles around biking and advocacy. It started out as advocating for bikeways, but over the years I’ve seen the Coalition, and other groups of people who’ve worked from out of the Coalition, take on social justice issues. It’s been amazing to see the transition. Access to biking turned into an actual movement. 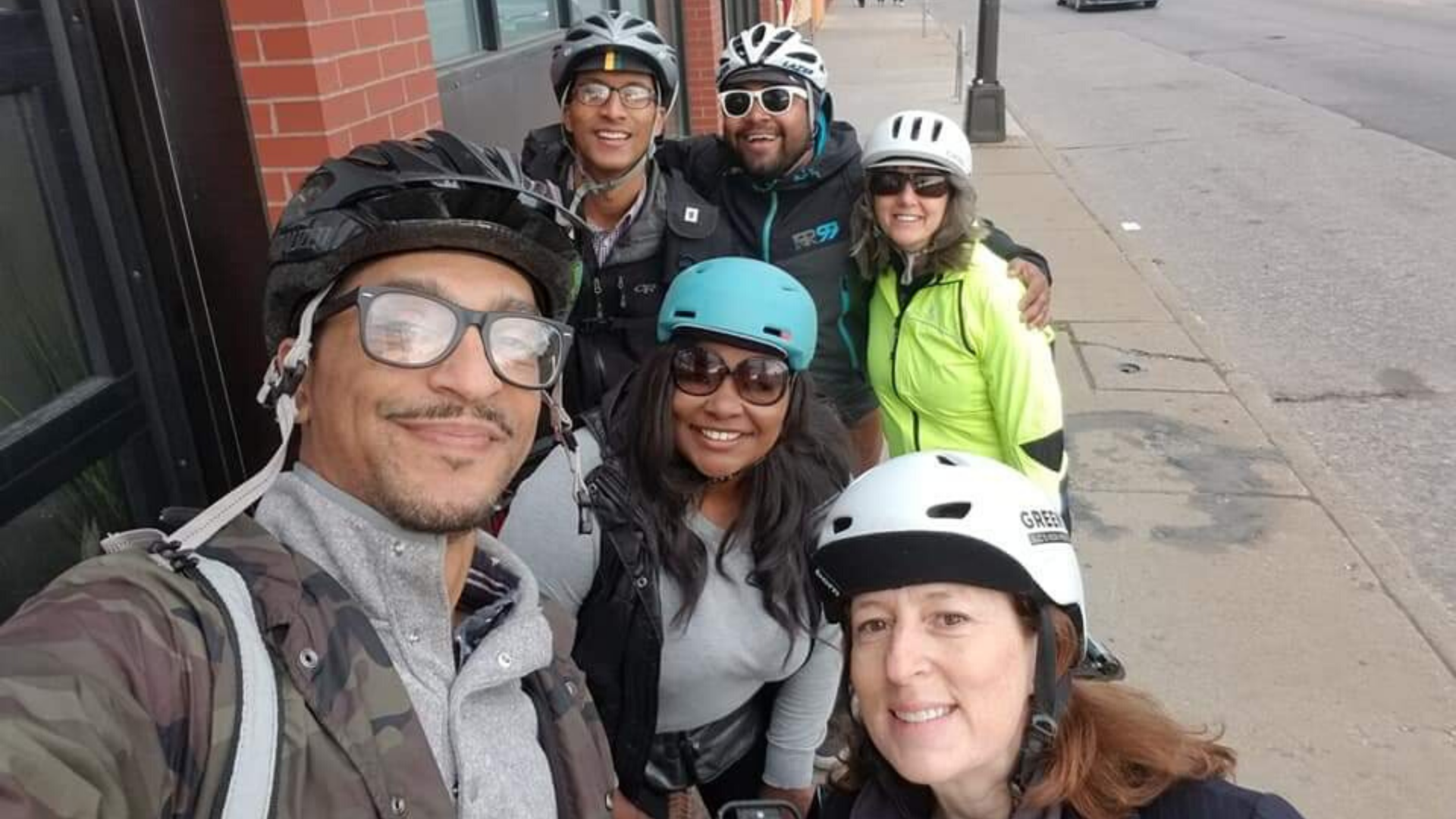 What were the biggest challenges you faced in this work? Have those challenges changed over time?
The biggest challenge for me was being a woman of color who was in agreement with needing more bike lanes, infrastructure, and access. People were like, ‘What are those white people doing to her? She’s showing up saying we need this, she’s a part of the gentrification.’ Initially I got a lot of negative feedback.

For example, when I had the orange bike program it was a lot of African American people. I had this idea that it would be a very diverse group of people. But the bikes were so big a lot of Hmong people couldn’t even hold the bikes up. We would have needed an entirely different fleet. When you talk about inclusivity and equity, you can’t just focus on one thing.

What is your vision for the future of transportation in Minneapolis?
My vision is access for everyone. And when I say access, I mean biking--and not just a bike, a good bike, good biking infrastructure, walking, public transportation, accessibility for the disability community--everyone. I want to see less people in cars, people not as stressed as they would be in traffic.

And, safety is very important. Going a little bit further I would like to see the speed limit decreased. I’d like to see longer stop lights. Creating infrastructure and policies that make biking, walking, rolling easier for everyone in our city. Young, old, no matter what part of the city you live in. I like the idea of not giving up. We just have to keep trying.

If you could change one street in Minneapolis overnight, which street would you change and what would you do to it?
I would change Penn Avenue. I would make it one lane going south and I would put two-way bike lanes on the other part of it.

In a perfect world, Broadway would be different, but it’s the hustle and bustle of the neighborhood. Penn doesn’t have to be as busy as it is. We’ve made it that busy. Penn could be just like Morgan if we wanted it to be, and people could drive north on Oliver.