Part of Something Bigger: A Paralegal’s Commute Into Uptown

Gardens in bloom. A sense of community. Sweat. The cool Minnesota breeze. Lesley Blanco’s commute into our Uptown Minneapolis office is an exhilarating experience. Indeed, it’s an experience she wouldn’t trade for the world.

Lesley is a dedicated and invaluable paralegal for my firm, Brazil Law Group. Each day, she commutes into our Uptown office to support our clients and assist our team with our marketing efforts.

Recently, I was able to sit down with Lesley to learn more about her unique commute, which includes city bikes and scooters. One thing’s for sure: stories like hers underline the importance of our bike infrastructure and just how lucky we are to live and work where we do.

“When you’re riding alongside someone, you’re both enjoying the view.”

“I’ve Been Commuting in Minneapolis for a Long Time”

I first asked Lesley a simple question, “What does your commute look like?” For Lesley, her commute is different than it used to be. As a student, she was required to take the bus back and forth from school using various routes.

Fast forward to now and Lesley is able to bike or scoot between her home and the office, a welcome change from the complicated bus routes of today.

“Now that I don’t take the bus, I’m grateful for other options. When I commute, I use the Nice Ride city bikes, as I don’t currently have a bike of my own. They’re conveniently located right by my house and a block from the office. If a bike isn’t available, I’ll sometimes take a scooter as well.”

Lesley also utilizes the beautiful Minneapolis Midtown Greenway as a part of her daily trip.

“I take the same path each time I come into the office. I take a one-way down Park and then get on the Greenway. The good thing is, our office is just a block from the Greenway. And I enjoy riding it!”

I also asked Lesley if anything exciting or downright odd ever happened to her during her commute. She responded with a big “yes!” and proceeded to tell me about the day her bike pedal decided to call in sick.

“I was coming into work late one morning. Instead of picking a Nice Ride bike, I decided to take an e-bike that day to speed things up. As soon as I hopped on, I knew something was off. But, a lot of people use them, so I wasn’t concerned. That was until I felt the pedal coming loose. While on the Greenway, the pedal came completely off. Luckily, I was close to a dock, so I parked it and got another bike. I was definitely late for work that day!” 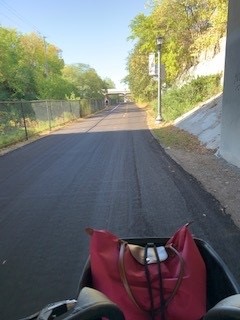 There’s never a dull moment during a Minneapolis bike commute, that’s for sure. And, for Lesley, the commute took some getting used to in the beginning. But she soon experienced one of Minneapolis’ best offerings: a sense of community and belonging.

“At first, I thought bike commuting was a hassle. You do get sweaty and it’s a lot of work. But, I soon realized that it slowed my mornings down before heading into work. And now, it makes me feel as if I’m a part of something bigger right before I start my day. It’s inspiring.”

Lesley mentioned that she enjoyed riding the bus as a student because there was a sense of community. Everyone was coming or going, whether to work, to school, to visit friends or family, or something else. Everyone had somewhere to be and that brought everyone together if just for that moment.

She also feared losing that sense of community when choosing to ride a bike to work. Lesley discovered this wasn’t the case, however.

“Luckily, our office is in Uptown and there’s a huge sense of community. Even if you’re just riding your bike, you feel like you belong. Scooters and bikes and buses really help bring people together. When you’re riding alongside someone, you’re both enjoying the view.” 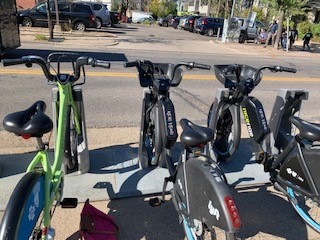 How Can We Improve Minneapolis’ Bike Infrastructure For All?

Of course, I made sure to ask a fellow commuter how the city could improve her commute. What could be done to ensure she and other commuters felt safer while moving around the city?

“In my commute, I’m lucky that I live on a block where there’s a one-way bike lane for me. But, there were times when the Greenway was under construction and I had to figure out how to get around it. There are plenty of places in the city without dedicated bike lanes, so it can be intimidating.”

Lesley also mentioned that it can be difficult for commuters to get where they’re going when construction projects are started or stopped without notice.

“It would help if the city could find ways of notifying us when construction projects start. One day, I just showed up at the Greenway and it was closed. So, communicating changes that are happening as they happen would be a great place to start.”

“Go Slow, Take Your Time and Use Your Resources”

When I asked Lesley if she had any tips or recommendations for those who want to try commuting in Minneapolis for themselves, she mentioned that preparation is key. And so is being smart as you cycle.

“Use your resources such as the Greenway. And if it’s not in your commute, try to prepare yourself by looking at streets that do have bike lanes. Stay in those lanes as much as possible. Go slow and take your time. Finally, just go for it! It’s not as intimidating as it seems.”

Do You Commute by Bike, Too? We’re Here to Support You.

Minneapolis has indeed made great strides when it comes to infrastructure and making our city a great place to bike. There’s always work to do, however, as our streets aren’t exactly 100% bike-friendly for commuters like Lesley.

We’re all in this together. We’re all a part of something bigger. Should you experience an accident during your commute, know that I, Lesley and the rest of our team are here to support you. 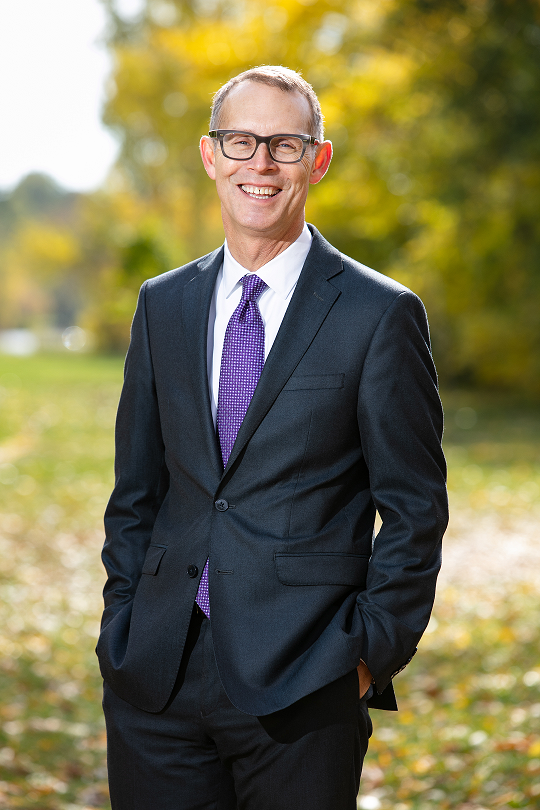 Attorney Daniel J. Brazil of Brazil Law Group is an experienced personal injury attorney with offices located in Uptown. He’s also a member of the Bike Law Network. He has a passion for the outdoors, especially cycling and climbing. Learn more about Dan and his practice by following him on Twitter (@LawDanielBrazil and #MplsBikeAttorney).