With lots of discussion this week on the speed limit on the Park Board trails, here are some thoughts:

1) The Park Board trails are a big part of making Minneapolis the biking city it is. They are a critical part of the biking system and a critical asset for the entire city.

2) The trails should and do serve a wide range of people--from kids learning to ride to people going to the grocery store to riding clubs on a weekend jaunt. It is very concerning to hear some Park Boardrepresentatives say things like "It really is a recreational bike path system and not a commuter system." It is both. Pretending it isn't won't improve anything for anyone. Assuming that it is only commuters that may exceed 10 or 15 mph on the trails is just plain incorrect. Discouraging people from biking for transportation on the trails would be both folly and fruitless.

3) Given the wide range of people on the trails, it's important for everyone to be courteous and respectful to fellow riders. Most of this is common sense--don't buzz people or swerve unpredictably, slow down when needed, announce your passing. We also think it is important that faster riders continue to have the option to ride on the parkways. While interactions between different speeds of bicyclists on the trails is an issue, speeding on the parkways is also an issue as is--at times--interactions between drivers and faster people biking on the parkway. We hope the Park Board won't forget about that as well.

4) We haven't taken a position on the speed limit issue because, as has been stated by the Park Board, it hasn't been enforced. It does seem reasonable to question whether there might be a better way to encourage and enforce safe riding for everyone on the trails and we hope this won't be the end of that conversation.

5) As demand for the trails continues to grow, it will be important to separate more biking trails from being shared with walking paths. We hope the Park Board is thinking about that.

What do you think on this issue? Raise the speed limit? Have a policy other than a speed limit to support safe trail riding? 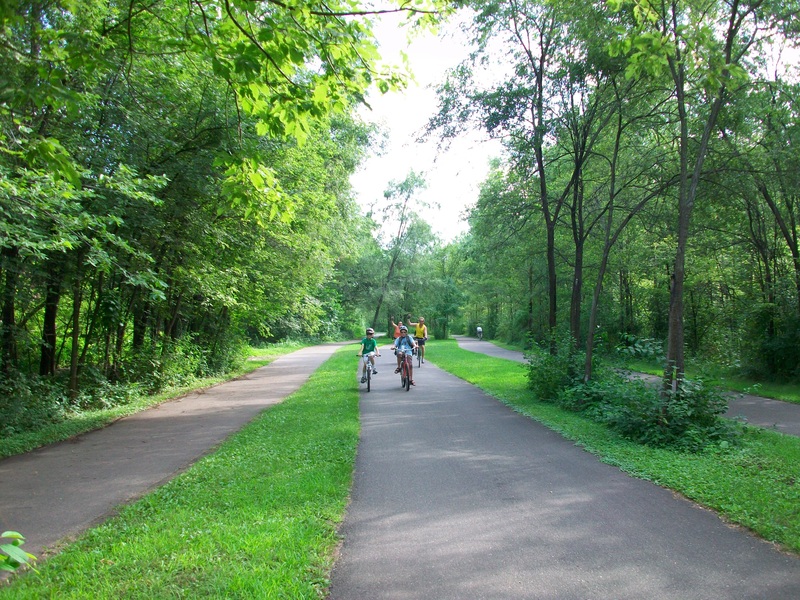