Map of Protected Bikeways We're Working to See Built in 2015: 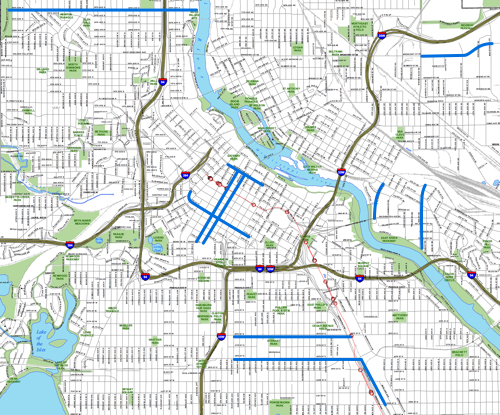 We need your help to reach our goals though - whether you join as a member, sign up to volunteer, or come to one of our events - you're helping keep Minneapolis moving forward and making biking safer, more accessible, and fun for everyone in our city.