On biking from Downtown to Uptown

Last week, I saw Hennepin Avenue through new eyes, and it changed me. I was waiting to cross the Hennepin/Lyndale bottleneck when a group of three young women in sundresses and large sunglasses, each straddling a Nice Ride bike, got my attention. "Excuse me," one said. "Where's Hennepin? We wanna get to Uptown. Like Urban Outfitters?"

That's when they expected me to say something. I had a few options. 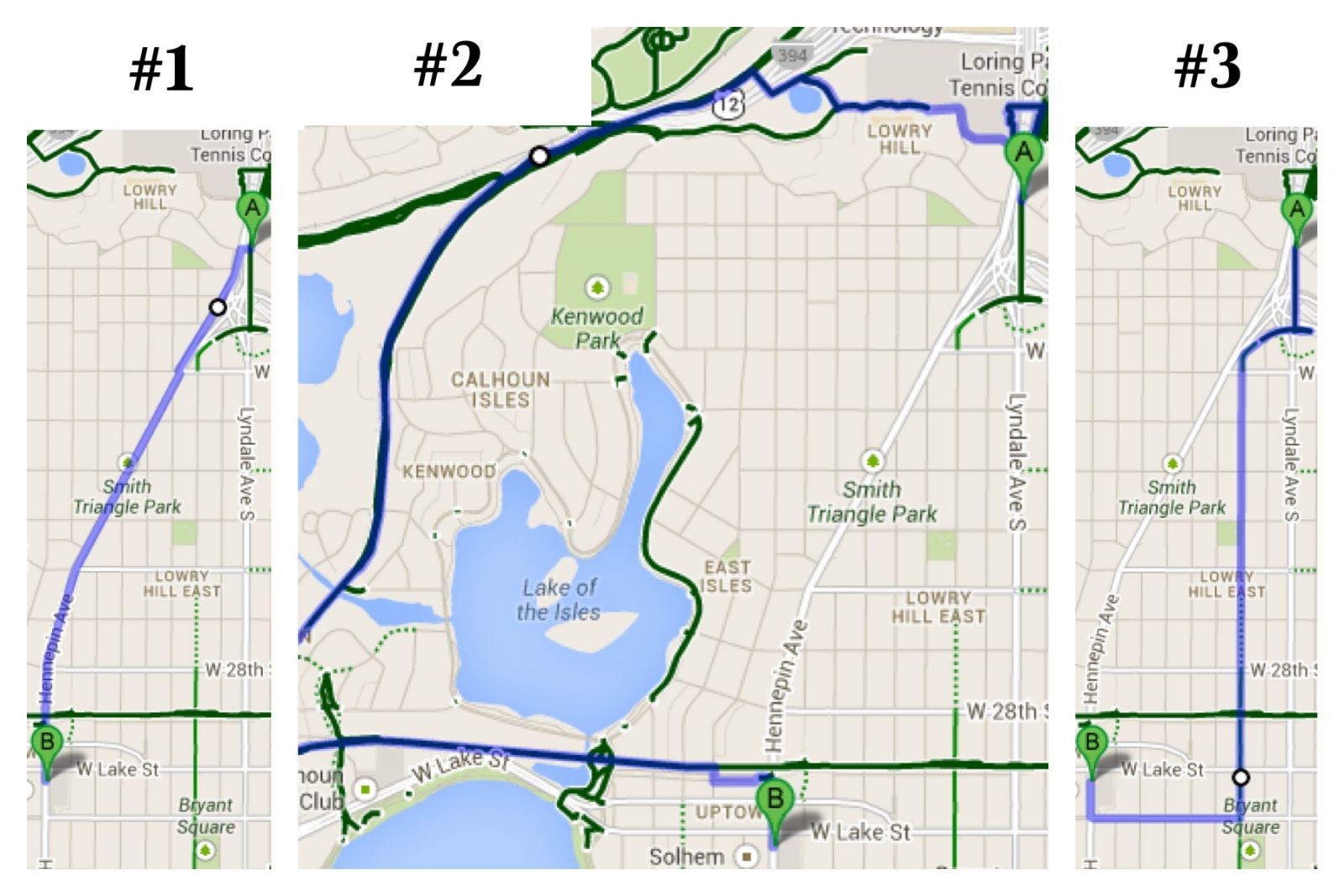 I suggested the third route, because the first route might have resulted in tire tracks covering their flattened, sundressed bodies, and a missed turn on the second route might have sent the ladies to South Dakota.

But while I was describing the Loring Greenway-to-Bryant connection, I noticed — through their sunglasses — that the young women's eyes were glazing over. "They're right," I thought. "This is pretty complicated." And then I thought, "WHY is there no simple, pleasant way to ride a bike from Downtown to Uptown?"

It's not a matter of getting people more comfortable riding bikes on city streets. I cut my teeth riding around Merriam Park in St. Paul in 2006, and I've been a year-round bike commuter for years, but I'll still avoid Hennepin whenever I can. I expect only to get more cautious as I enter my thirties. Many cars on Hennepin speed, honk, and pass too close to cyclists, only to stop in front of them at the next red light. It's gotten to the point where I'm surprised if I ride for two blocks on Hennepin without something dangerous happening.

As one gets used to the way things are, one loses sight of the way things could be. Talking to some traffic engineers, you might get the idea that low bike ridership is an immutable fact of nature. But sometimes a shockingly sensible question, like "Where's Hennepin? We wanna get to Uptown," can reveal a profound flaw in bike infrastructure and the latent demand for something better.