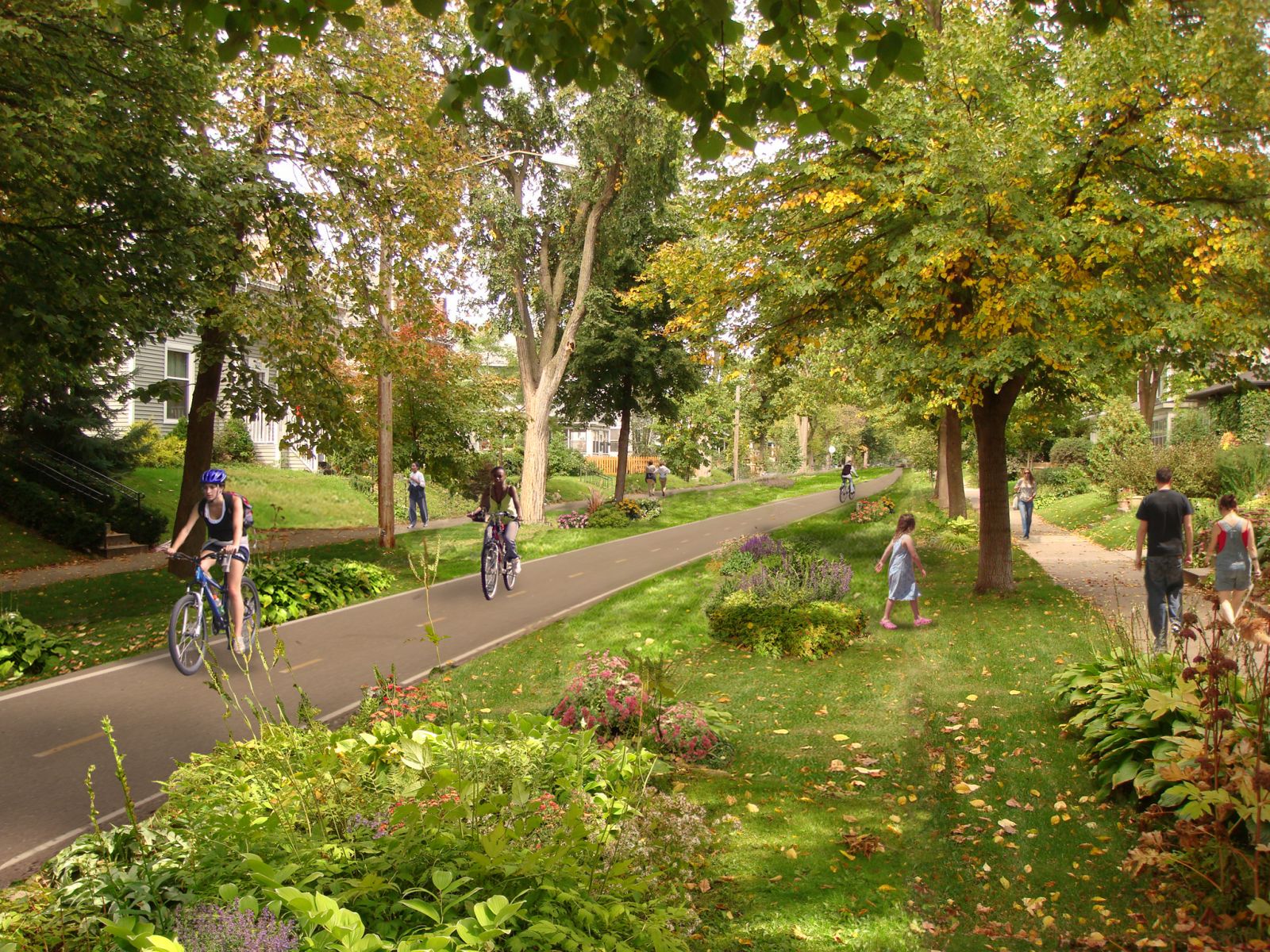 In 2015, extensive community exploration was completed on the Northside Greenway. An article in the Daily Planet, fully outlines the process and data, but here is a brief summary of the efforts and next steps. All information comes from the Daily Planet article, North Minneapolis Greenway Outreach for Asian Community Members: 2015 Recap.

The community engagement outlined in the article focuses on two communities whose voices were vital to be included and heard: the Hmong community and the Lao Community. The Hmong community was surveyed with two in-studio focus group talk shows. These talk shows engaged around the topic of the greenway and active living. The talk shows were aired on media sources that were often viewed by Hmong and Asian community members. According to the article, the talk show engagement revealed that: “49% prefered a full greenway design, 32% prefered half and half, 12% prefered a bike boulevard, 3% were unsure, and 2% were not interested.” The main concerns (in descending order of popularity) were safety, access for people with disabilities, emergency vehicle access, parking, greenway maintenance, and cost of construction. 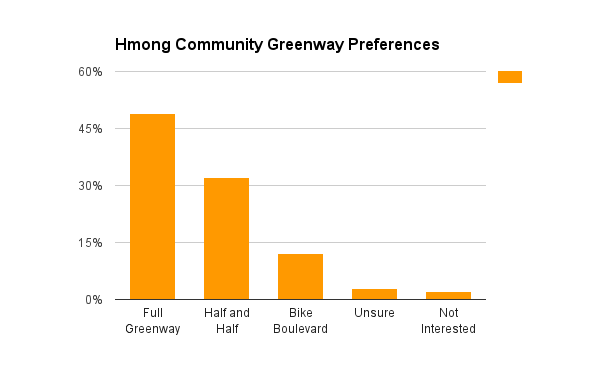 The Lao community was surveyed in a variety of different ways that included 10 greenway engagement activities over a 20-week period. The majority of the feedback was positive with a few negative comments. In the Lao community, 45% prefered a full greenway, 54% prefer half and half, 1% reported no preference. The major concerns for this community were emergency vehicle access and safety. 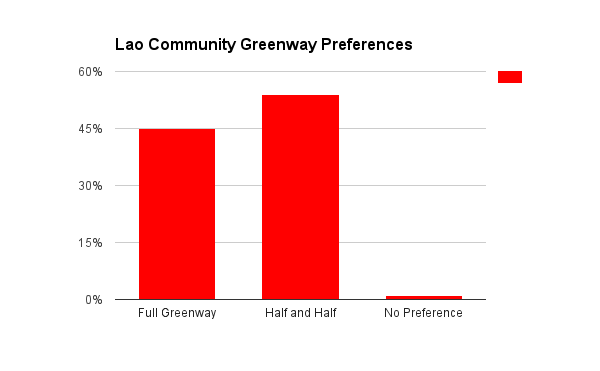