Complicated. It's probably the only way to describe the situation around managing freight rail with the forthcoming Southwest Light Rail Transit project.

July 17th, the Metropolitan Council (which is managing the SW LRT project) released a bunch of new information that relates to design in the Kenilworth Corridor and impacts to Kenilworth Trail. 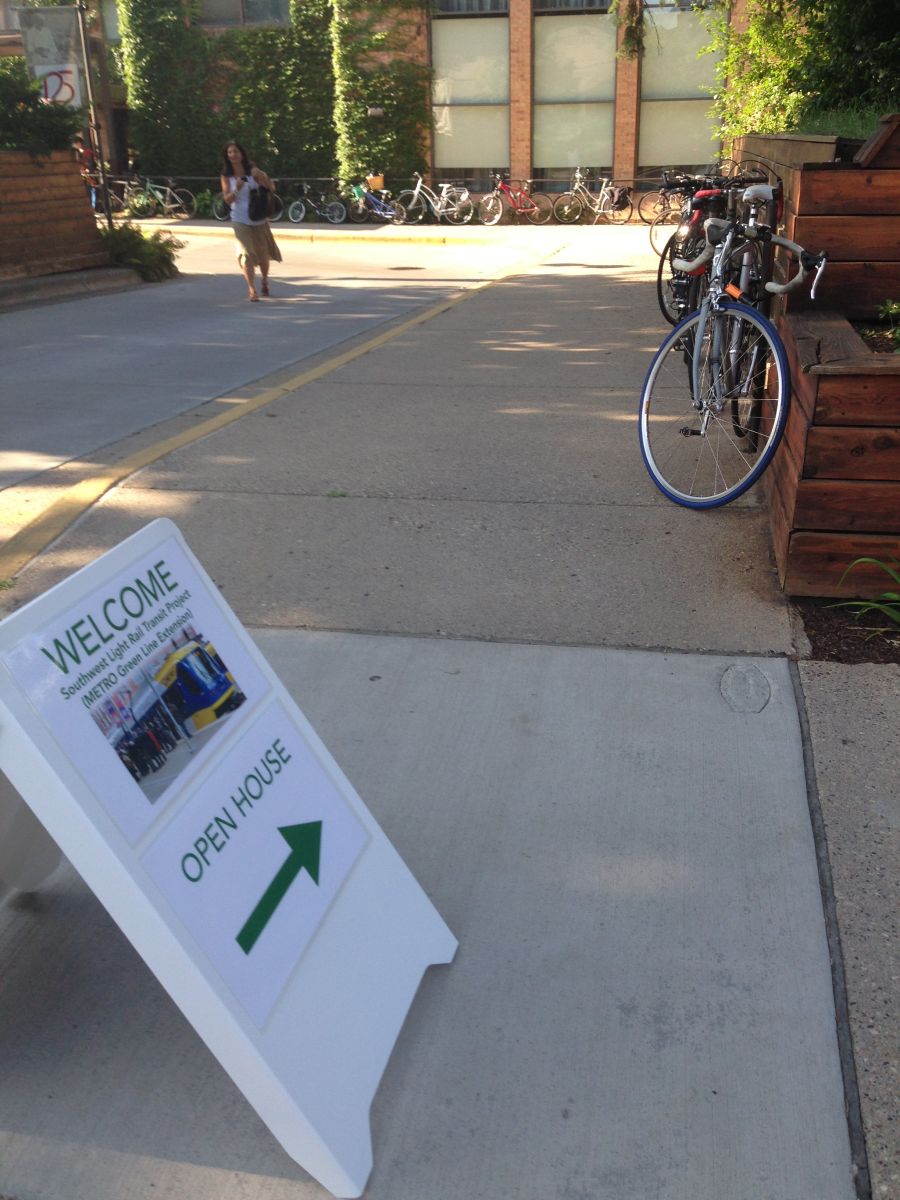 An Open House near the Kenilworth Trail drew more than 300 people, including many bicycle supporters.

Here are some key info with observations included:

The reality is that all of these options have challenges. The Coalition is still evaluating and will report more later.

Did you attend the meeting? What's your take?