The Downtown Protected Bikeways work group would like to thank the City of Minneapolis Public Works employees that recently restored the bollards to 26th Street!

Up until a week ago, there were only thirteen plastic bollards designating the bike lane on 26th Street between Blaisdell and Lyndale as protected. On the eight block stretch of 26th Street between Lyndale and Hennepin, there was just a single bollard. Most of the missing bollards were accidentally taken out by last winter’s snowplowing, and had been missing since February. Many of our work group members had stopped riding on 26th Street as a result - 26th Street just didn’t feel protected at all any more.

We’d love to see something stronger, and more permanent installed on the 26th Street corridor. We aren’t engineers, but this BikeRail product seems like it would do a much better job of keeping cars from drifting into the bike lane, and potentially harming cyclists. In the meantime, we are happy that the plastic bollards are back.

Check out the “Before” and “After” photos below. Which street layout do you prefer? Would you like to see more permanent infrastructure here? Let us know in the comments, or on Twitter. 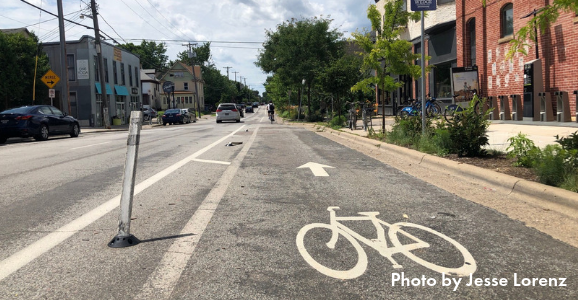 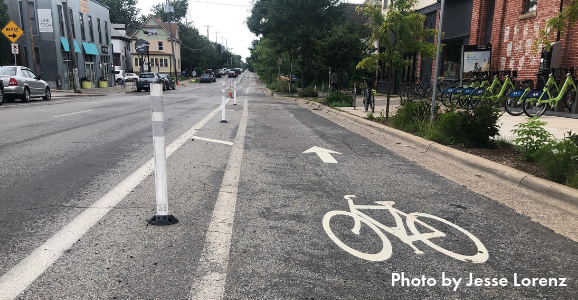