Louis Moore from the Major Taylor Bicycling Club of Minnesota

Louis Moore is 72 years old, but you couldn't tell by looking at him. On September 10th, the lively, fit founder of the Major Taylor Bicycling Club of Minnesota drew a crowd of twenty to the back patio of the T-Shoppe in the Webber-Camden neighborhood of Minneapolis. Louis has been a vehicular cyclist for 50 years, and he worked for then-Congressman Martin Olav Sabo for nearly two decades. He partnered with Jim Oberstar on bike rides in northern Minnesota, and has gone on bike tours since the late '70s to support the United Negro College Fund. In the late '90s, Louis talked to his friends about starting a bicycle club for people of color, where all would be welcome, regardless of skill level.

Louis brought a biography of Major Taylor to one of these early meetings. Marshall Walter "Major" Taylor won the world track cycling championship in 1899, becoming the first African-American athlete to become a world champion. In the days before the Yankees, the Knicks, and car-dependent landscapes, cycling was a very popular sport in America, drawing thousands of spectators to weekly races. Louis and his friends decided to name their club after the champion cyclist, and the Major Taylor Bicycling Club of Minnesota was born.

The Club is busy encouraging cycling in the Twin Cities. The Club has weekly rides open to cyclists of all skill levels. Louis told a couple stories about novice cyclists who, on their first ride, had trouble keeping up with the group, but enjoyed themselves so much that they came back the next week with enthusiasm and new gear. Louis said that the club is meant to be a place where people of color feel comfortable and encouraged to ride bikes, but that there are a handful of white members. The Club also sends members to local races, raising the profile of people of color as cyclists. On a national level, the Club helped convince the League of American Bicyclists to form an equity initiative, and in 2008 they helped found the National Brotherhood of Cyclists. 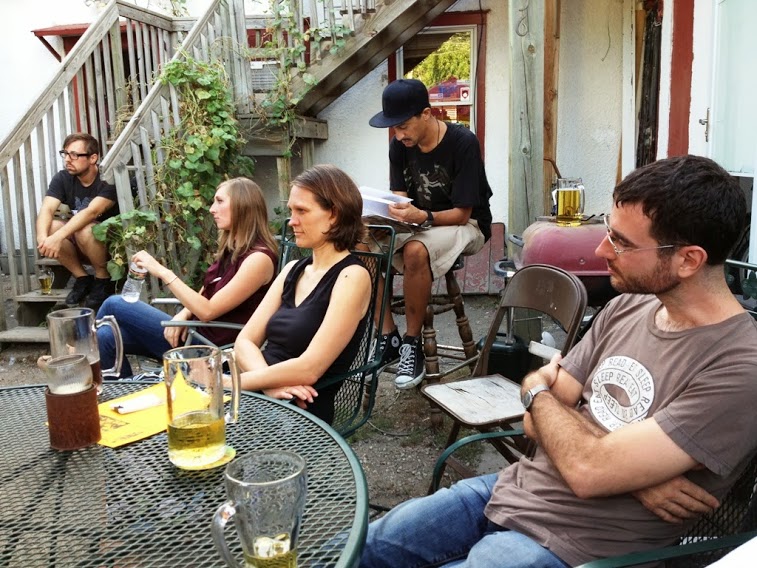 So here are upcoming and recurring events put on by the Major Taylor Bicycling Club of Minnesota (you can expect reminders and updates from the Coalition's Facebook and Twitter accounts):