Lighter and Brighter Pop-Up Protected Bikeway coming to an Open Streets Near You! 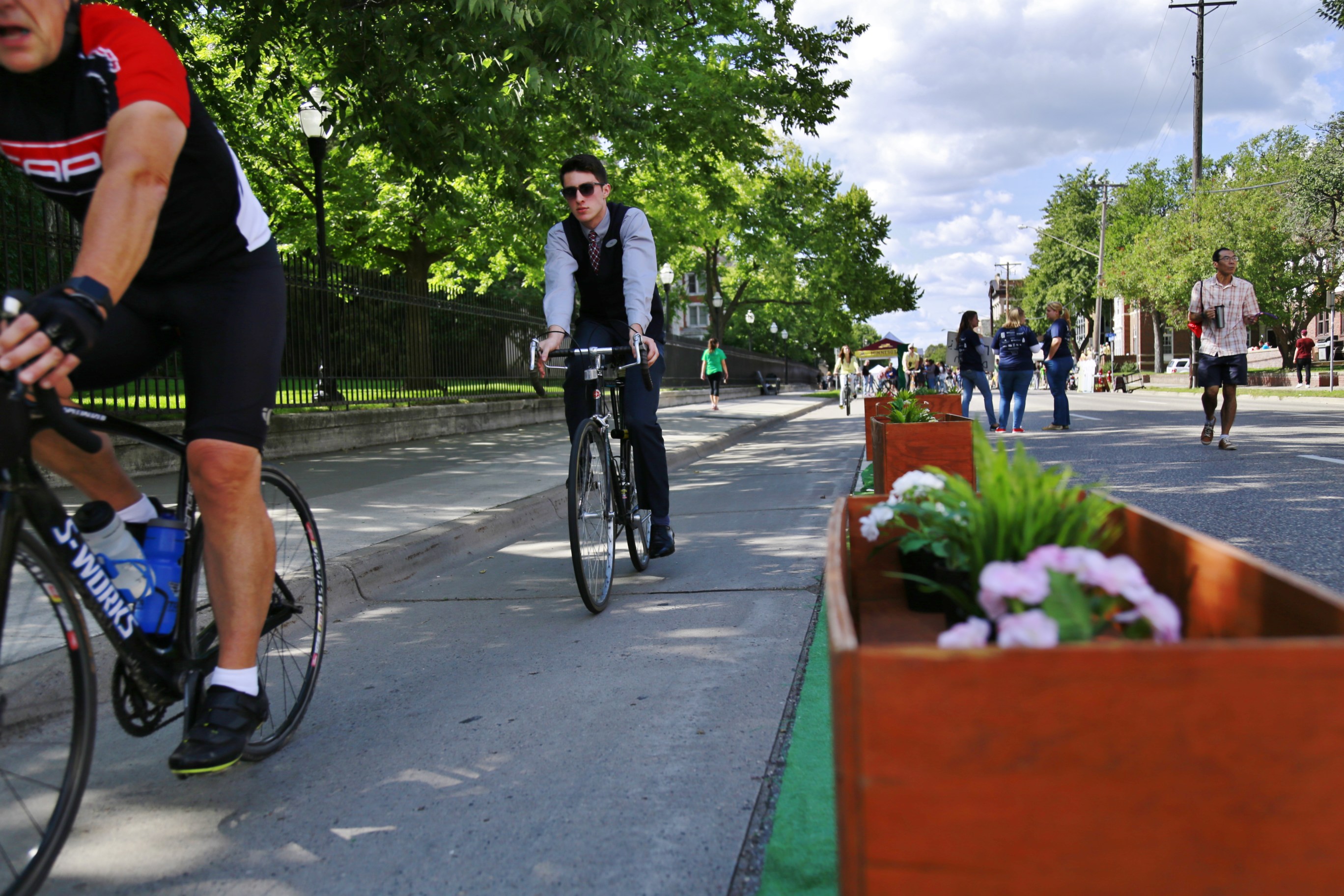 Open Streets season is upon us, and if you have ever attended an Open Streets Minneapolis event before you might have seen the Bikeways for Everyone Pop-Up Protected Bikeway Demonstration. We take a chunk of the street, use some planter boxes, greenery, and tape to help event attendees imagine what the street could look like with friendlier and safer infrastructure. Cyclists are encouraged to ride through it, walkers and others are encouraged to stop and think about how our city could be affected by a permanent network of protected bikeways.

The Pop-Up is essential for education and understanding the importance of Protected Bikeways, and helps better connect with communities. The current Pop-Up that is used is heavy, bulky, and takes up a lot of space to store and transport. While we love using it, it’s hard to get around and bring to events unless we have a large truck to carry it around it. What if we were able to design another Pop-Up that could be taken on a bike trailer, instead? 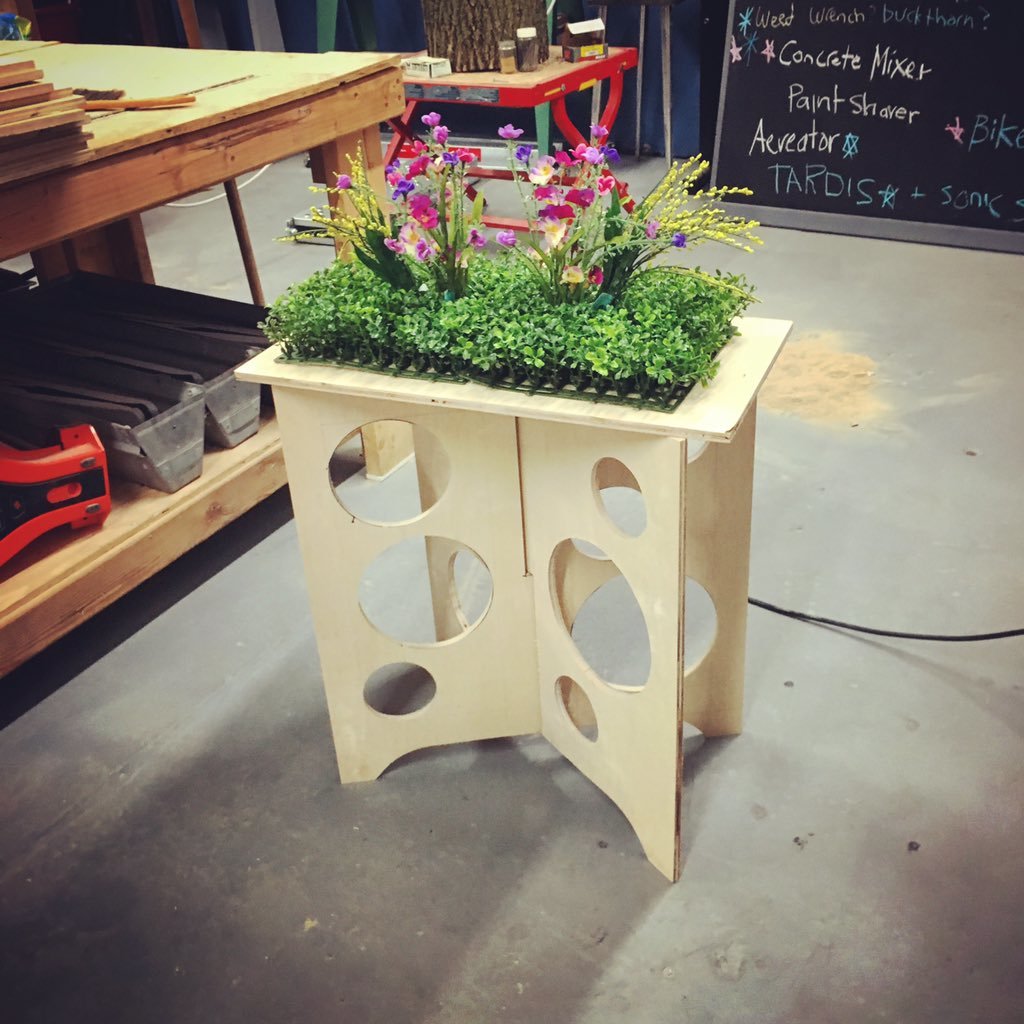 Luckily, a dedicated team of volunteers tackled this question and came up with a solution for a lighter Pop-Up design. Chrissy Lee, Colin Harris, and Isaac Hase-Raney worked together to come up with a design that would allow the Pop-Up to be easily dismantled, folded up, placed on a bike trailer and brought to events. After plans were perfected all spring, construction began! Last Sunday a team of volunteers spent 6 hours at the Northeast Tool Library cutting, sanding, and assembling the model. 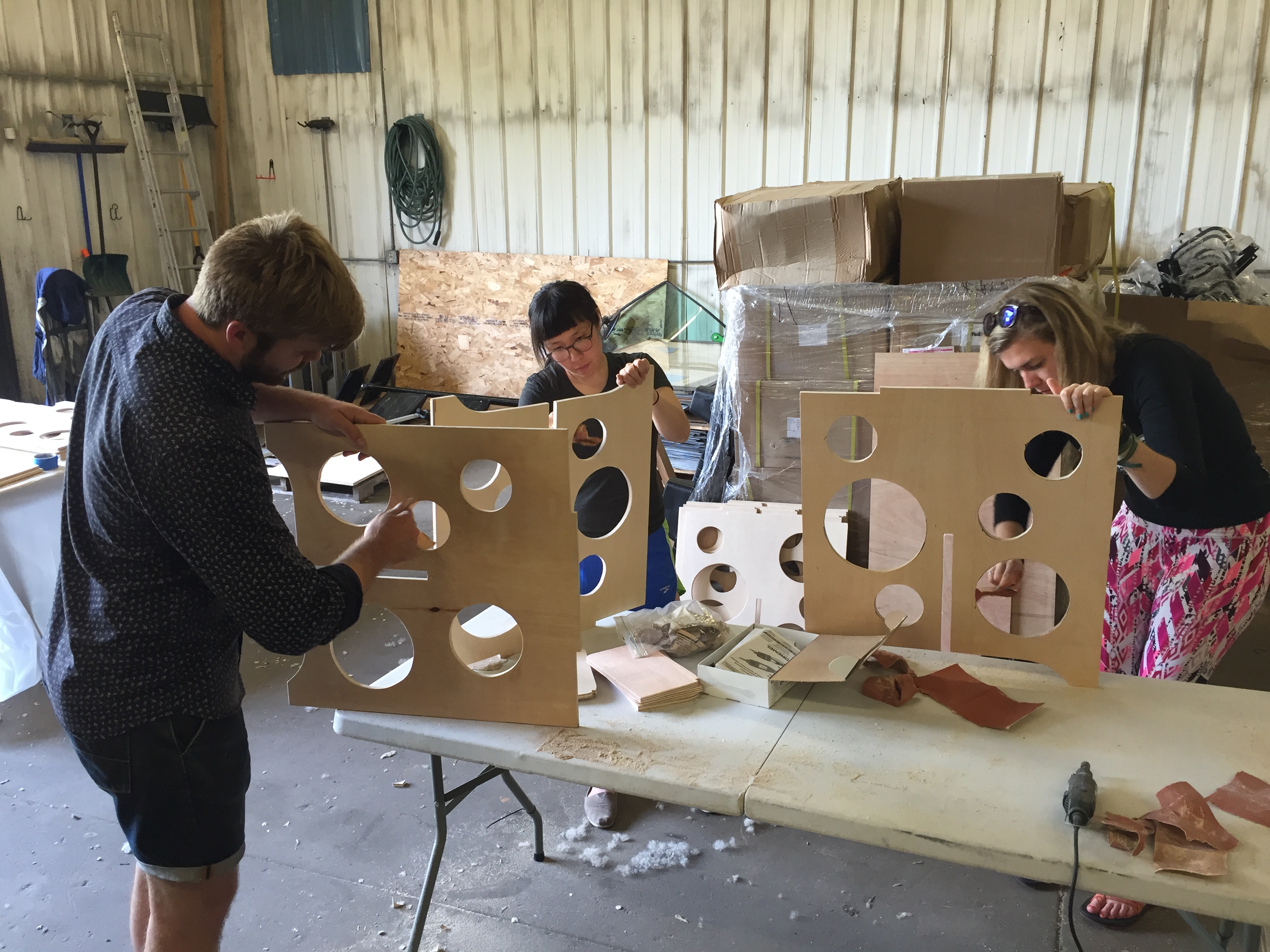 Next, it was time to paint! Volunteers gathered at Nice Ride to do some finishing touches and give it a bright finish. Chrissy Lee, who also built the original Pop-Up, strategically chose bright colored paints to mix and match with the pieces. On the bright colors and new design Lee says: "We're very excited to be bringing out this next generation of pop-up protected bikeway for Open Streets. The new planter boxes are more portable and eye-catching than the previous design, and all of the pieces will fit on a single bike trailer. This lighter and brighter pop up will be a fun and useful addition to the existing pop-up." 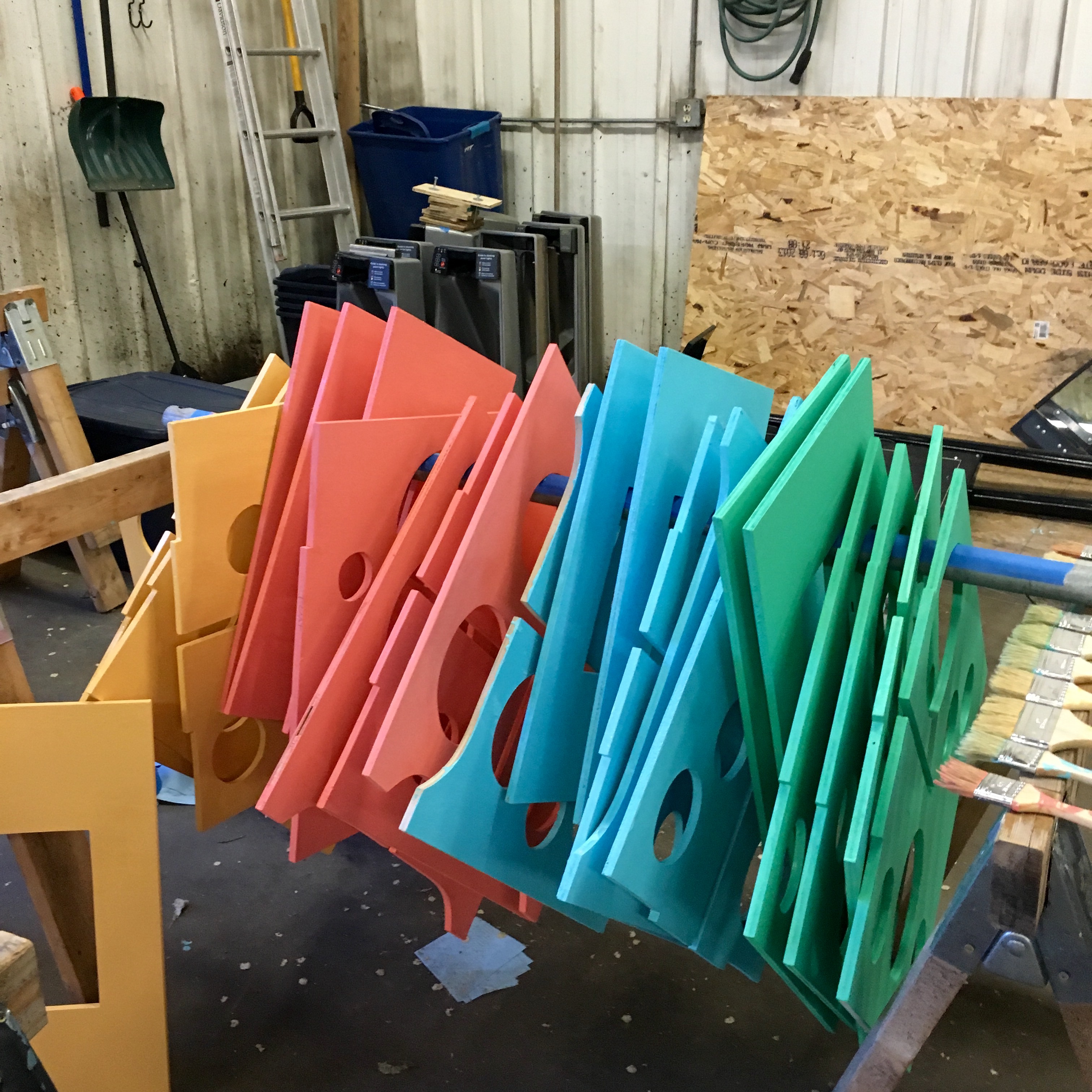 As mentioned, the old Pop-Up will not go away, and the new one will work as a supplement to it. However, for Open Streets Lyndale, (which is right around the corner on Sunday, June 5th),  we will only be bringing the new Pop-Up! The original Pop-Up inspired many cities to follow our example and build their own Pop-Up, and this one will no doubt make an innovative splash.

You can be a part of this revolutionary design by helping us bring it to life at our first demonstration at Open Streets Lyndale. You can sign-up for a 2-hour Pop-Up Ambassador slot by clicking here! (We particularly need Ambassadors at the 2nd and 3rd shifts). If you have questions about the project or bringing it to life, email [email protected]