Let's Joyride Together: A Recap! 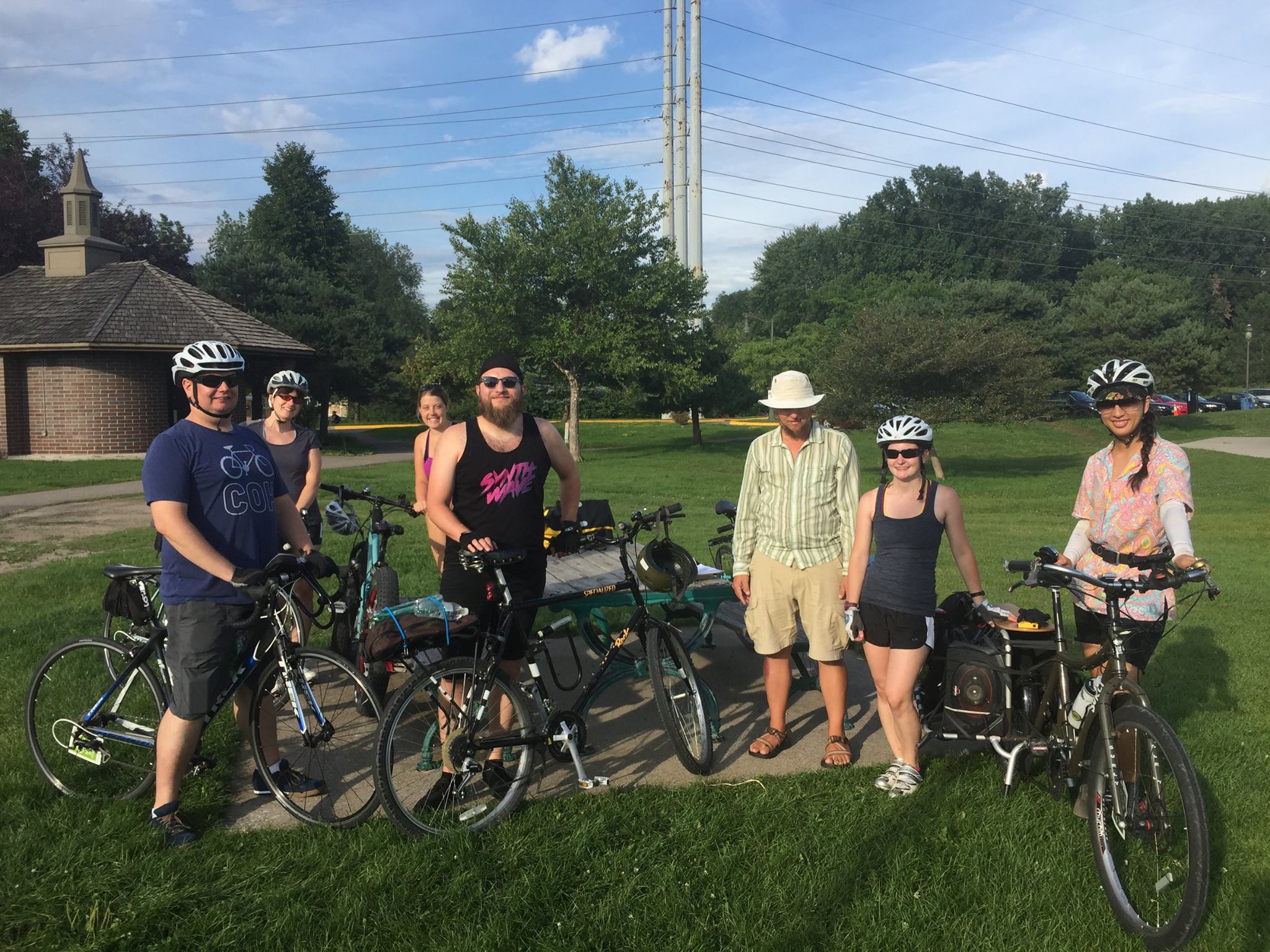 JoyRides are back! We had an awesome time JoyRiding on Monday, August 15 with a group of seven riders for a journey from Boom Island to the North Minneapolis Temporary Greenway. We explored various kinds of bikeways together and had a fun time along the way.

It was surprising to find out that not many of the streets we rode on were comfortable to bike on. Some were better than others, but most had only a narrow lanes for bikes that was not protected by any sort of barrier from traffic. When we arrived at the Temporary Greenway, it was wonderful to see what a real Greenway would look like on a residential street. There were bright colors painted on the asphalt to illustrate where gardens would go and plenty of picnic tables for people to gather around and sit at. The whole time we were there, neighborhood kids and adults were hanging out and enjoying one another’s company. The sounds of laughter, conversation, and music that could be heard added to the sense of community. Additionally, it was great to see someone using a motorized wheelchair riding down the temporary demonstration. They were able to maneuver freely around the street with their mobility device and not worry about being restricted by sidewalk dimensions or other physical barriers that sidewalks often contain. It goes to show that these Greenways are for everyone! 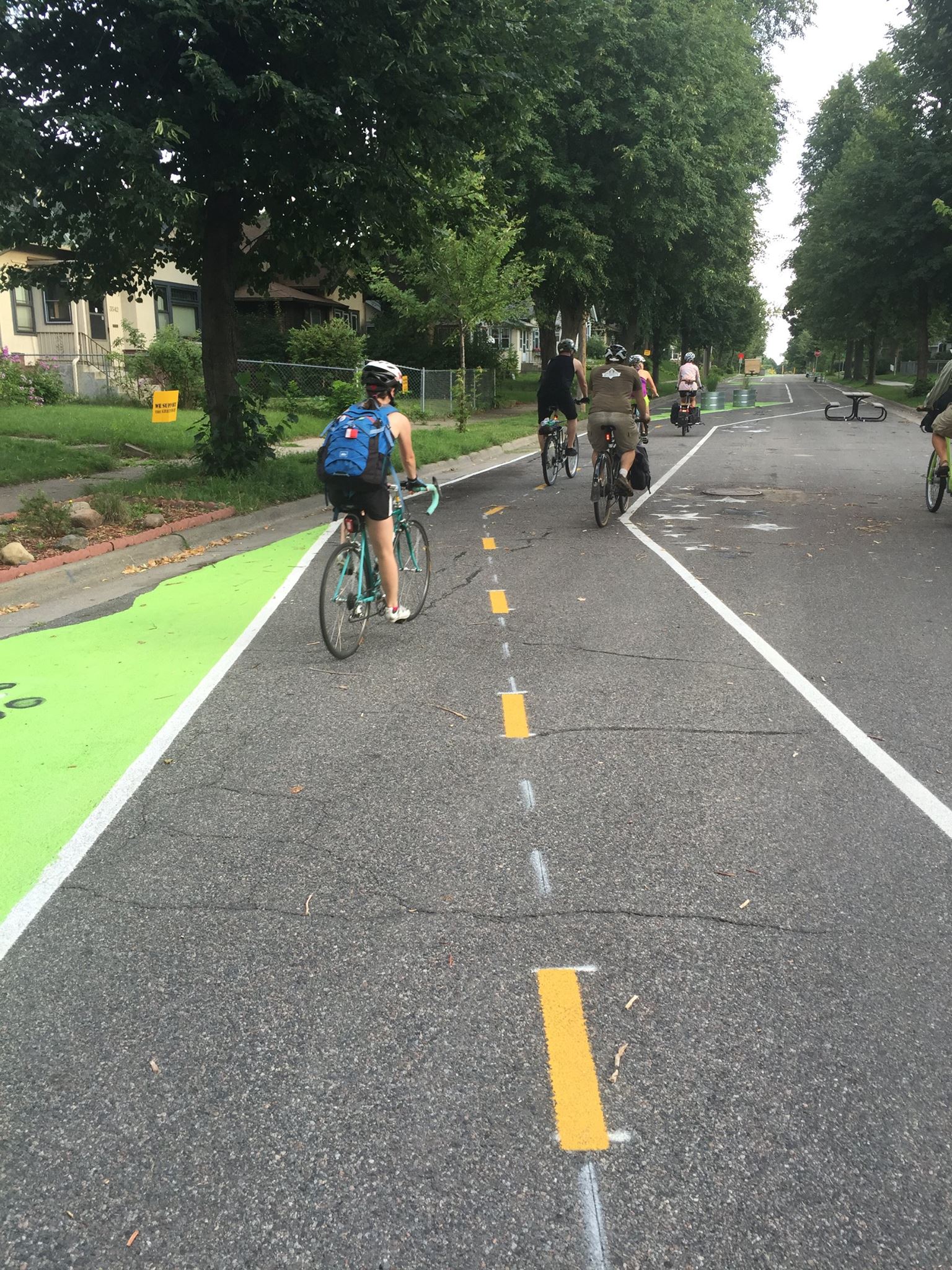 We stopped briefly at a picnic table of our own and munched on delicious snack bars provided by Seven Sundays. We spent some time chatting about what a permanent Greenway would look like and its positive impact on the neighborhood. Our ride concluded back at Boom Island and another evening spent bike riding was complete.

If you'd like to learn more about the temporary Greenway project in North Minneapolis, check out the project here.