A ride for Women, Trans*, Femme, and GNC friends!

If you benefit from cis-male privilege, please sit this ride out- thank you for respecting our space. 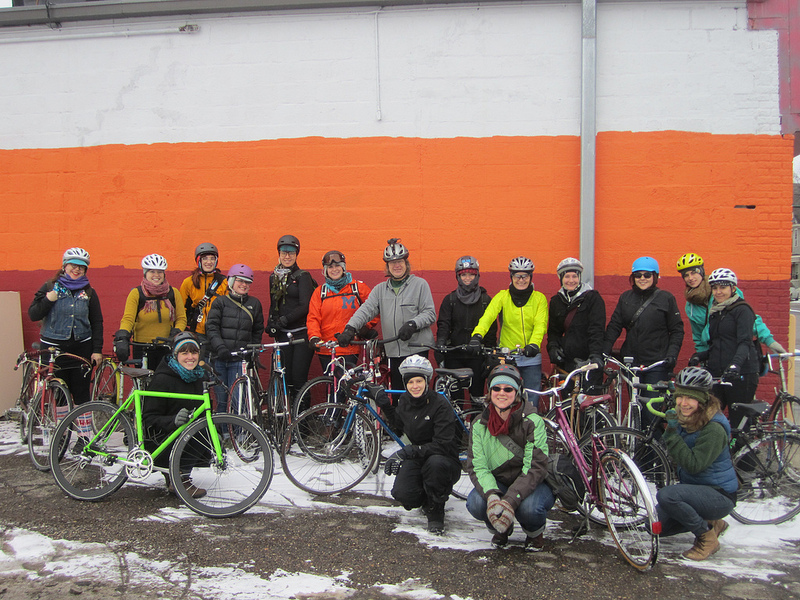 In 1975, which was designated as International Women’s Year, the United Nations gave official sanction to, and began sponsoring, International Women's Day. Now, every year, the UN designates a political and human rights theme to IWD. 2015 is “Empowering Women, Empowering Humanity: Picture it!” commemorating the Beijing+20 campaign of 1995, and was chosen to celebrate progress and reflect on the state of women's rights.

International Women's Day, formerly known as International Working Women's Day, did not start in 1975. In the late 1800's the oppression of women politically, economically and socially was becoming unbearable, and globally, strong women were beginning to unite, campaign and speak OUT to demand rights, equality, humane working conditions and the right to vote. Many national celebrations of womanhood were organized around the globe in the early 1900's.

Women have been politically active, organizing labor unions, striking, protesting, and fighting for every cent of the 77 that we earn compared to a man's $1*, and for rights to manage our own bodies for much longer than International Women's Day has been around. I mention this because I love IWD, but it's important to me to recognize that we have been proud radical organizers since before it was sanctioned or recognized!

*2010 Census Data (There would be an even greater inequity if we broke this down by race.)

I am encouraged by the women that toiled for over 70 years to secure our right to vote.  I am proud of individuals like Annie Londonderry, breaking down gender barriers with a bike and a ton of heart. I'm proud to take part in the evolution of the feminist movement with women like you, and the women involved in the Gamut Gallery Exhibit, "Revolution Now."  So let's celebrate!

Arrival and departure times are approximate, but if you'd like to meet up with us along the way, here are the stops!