How the news victim blames pedestrians in crashes

How we talk about pedestrian crashes in the news rarely reflects the facts of how people waking and rolling are injured or die. Without correcting this coverage we will not hold accountable what is truly responsible for the majority of pedestrian deaths: our road system.

In 2017 the City of Minneapolis put out its first study on pedestrian crashes looking at data over 10 years. This study found that in 62% of cases the motorist was at fault for the crash based on pre-crash maneuvers for both the pedestrian and the motorist. The biggest contributing factor to a crash was the person driving failing to yield to a pedestrian who had the right of way.

The study also found that 80% of crashes happened on 10% of streets in Minneapolis. This points to another problem: infrastructure. 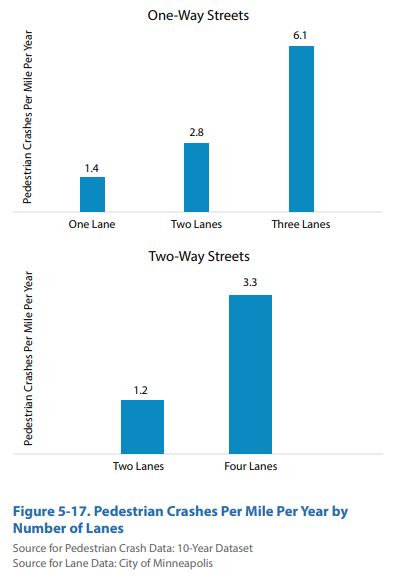 So why do news sources blame pedestrians for crashes that, in most cases, are not their faults? I’ve seen it again and again. The way articles are written, they suggest pedestrians were distracted or acting erratically even if those actions do not line up with the police report.

Most news sources refer to auto vehicle crashes as “accidents.” Many advocacy organizations no longer refer to automobile crashes as accidents because the word ‘accident’ implies that the crash was unavoidable. Yet, with proper infrastructure and education, most crashes are avoidable and are therefore not accidents at all. When media refers to a crash as an accident there is less of a push to figure out why that crash happened and prevent injuries and deaths in the future. 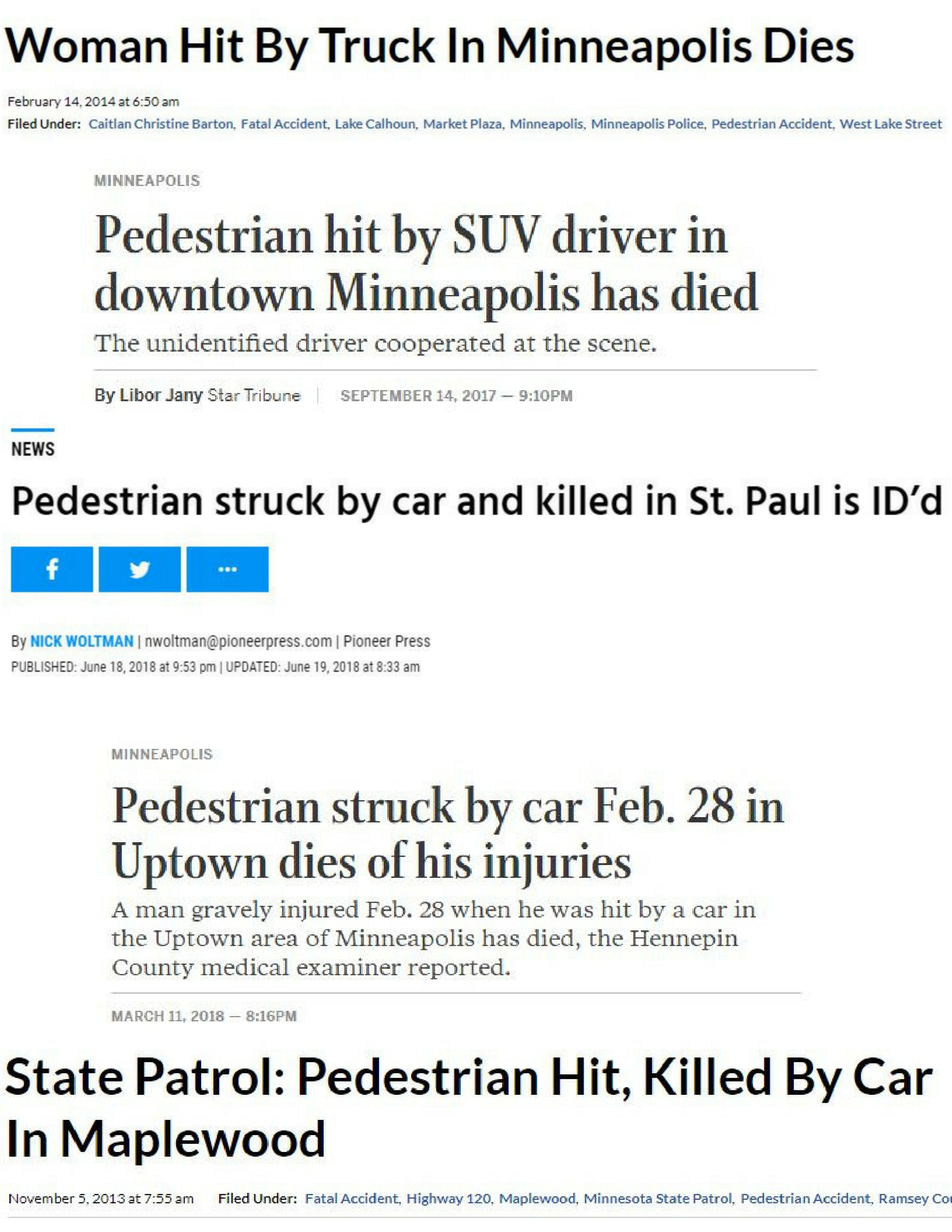 Passive language in press coverage distances people driving from crashes with pedestrians. Examples of this language include “car jumps curb,” “out of control car pins woman,” or “car mows down boy.” The fact is, at this point in time people operate cars. People who operate vehicles are responsible for their actions. If a “car mows down boy” then what that means is a “driver mows down boy.” But the language the media uses distances drivers from responsibility, putting responsibility on the vehicles. It is easy to see the driver of the vehicle as another victim of the “accident.” Most people emerge from a car crash traumatized and shaken. As we learned from the Pedestrian Crash Study, in most cases the driver is to blame for the crashes in our current infrastructure. But with better infrastructure they most likely wouldn’t have had the opportunity to make the mistake they did. The infrastructure would have mitigated their bad driving.

I understand distancing a driver from a crash. I once backed into couple’s car with my car when I was 17 and created a small dent in their car. It is the only accident I’ve ever been in. I cried hysterically and they felt so bad they almost didn’t take my insurance information despite the fact I just damaged their property. They felt bad for me. And honestly I felt bad for me too. It took me about three years to stop making excuses for myself and accept that yes, that crash was definitely my fault. I didn’t look behind me before I backed out and I hit another car, it could have been worse, I could have hit a person.

As a culture we largely decided that those mistakes that could end up deadly are just the price for operating motor vehicles. We decided a long time ago that a certain amount of human death was okay because it meant we could get places faster and alone. And we built our cities to reflect that.

If we are to prevent death across transportation then the language used by our media needs to change to reflect how pedestrian deaths truly happen and why. We need to hold drivers accountable in the news, not cars. We need to explain how the infrastructure of streets made those drivers’ decisions possible, or even expected. We need to work together to change our infrastructure and with it, our culture.