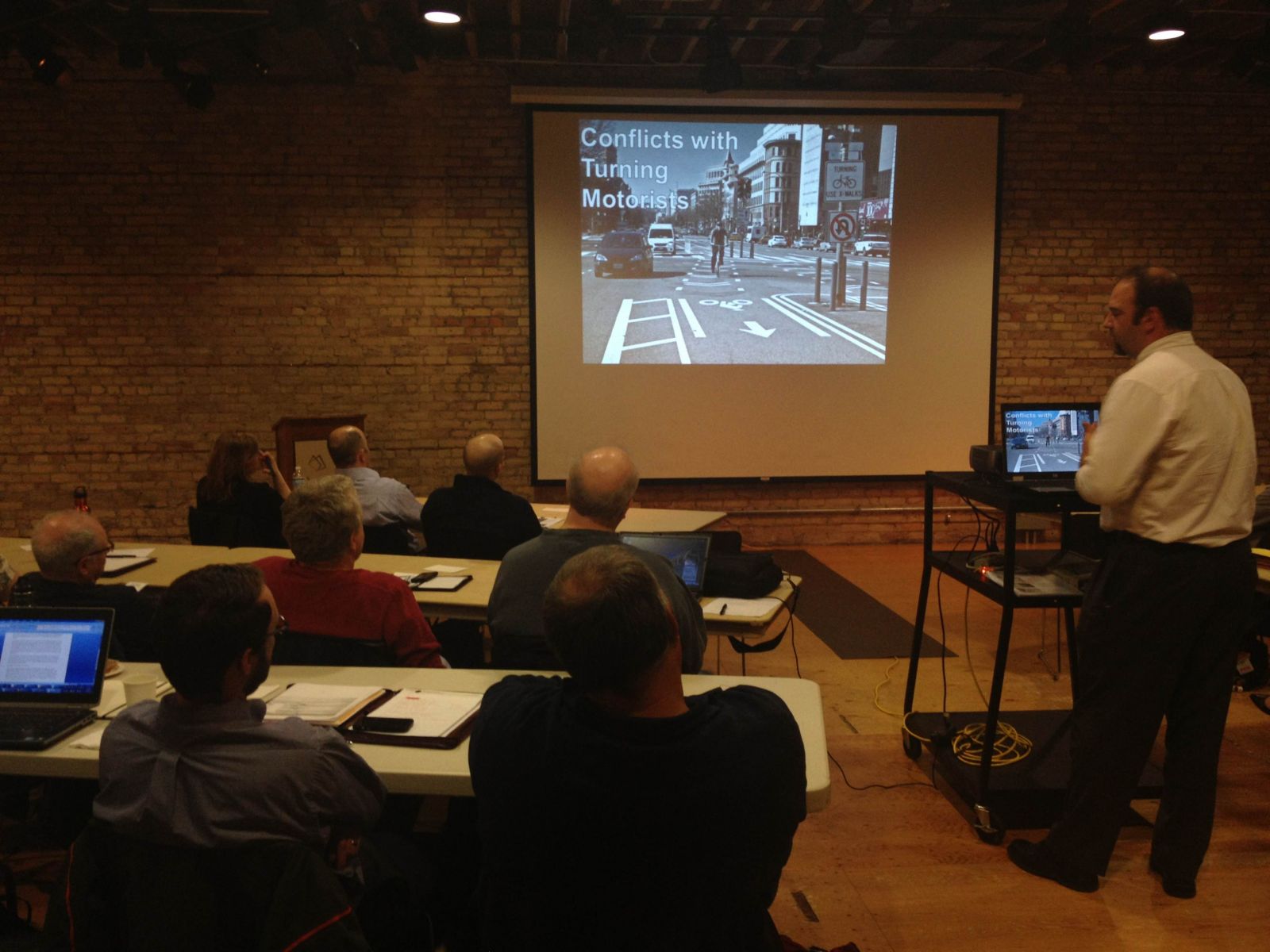 On Tuesday, April 16th, several Minneapolis Bicycle Coalition volunteers attended the Hennepin County cycletrack workshop. It was a fantastic event that included three nationally recognized experts on cycletracks. The goal of the workshop was to educate the group and discuss the benefits and design challenges of cycletracks with presentations, a panel, and small group discussions.  We heard informative and interesting presentations from Steve Durrant (Alta Planning + Design Seattle office), Eric Mongelli (Toole Design Group in Maryland), and Ellen Robinson (San Francisco MTA).


Some of the highlights of the day included:

Overall there was a lot of positive discussion on the implementation of cycletracks in Hennepin County.  While there will be some challenges in designing and implementing our region’s first defining cycletrack, everyone seemed hopeful and excited by the end of the workshop.  We hope to see ideas from the cycletracks workshop included in the Minnehaha and Washington Avenue design plans that will be out soon! Lastly, we want to give a huge thank you to everyone at Hennepin County who made this workshop happen!

Thank you to bike coalition volunteer Andrew K for co-authoring this blog post and taking the photos!